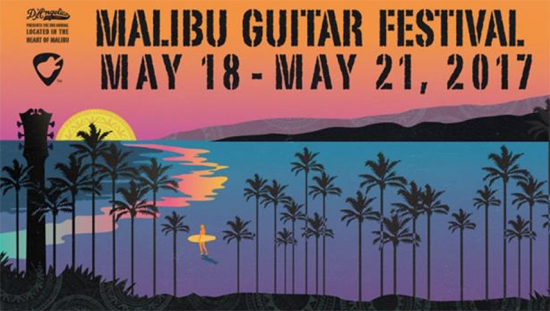 The opening night fundraiser kicks off on Thursday May 18, (6:30pm-12:00am) at Casa Escobar Malibu Beach. The evening includes dinner, Silent Auction and special live performances and an All Star Jam to be announced. The event benefits Emily Shane Foundation, TheraSurf and Karl LaDue Wodakota Foundation.

Malibu Guitar Festival pays homage to The Rolling Stones, the greatest band in the world, fronted by two of rock’s biggest archetypes, who have defined the look, attitude and sound of Rock & Roll better than any other band in the genre. The creative pairing of Mick Jagger and Keith Richards is among the most significant, durable and resilient relationships in the history of rock, resulting in scores of genre setting hits that are still timely, relevant and vital to this day. 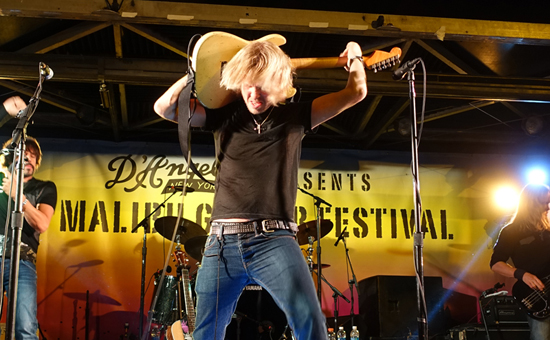 Additional Malibu Guitar Festival events leading into event week include a fashion show at Cure Spa Malibu on May 13 accompanied by live music; a Master Class with Tim Pierce, cited by Guitar World as a Top 10 Session Guitarist (Bruce Springsteen, Eric Clapton, Roger Waters) on May 16 at Malibu Village MGF Art Gallery and a special performance at SoHo House Malibu on May 17 with WRENN.

Malibu Guitar Festival founder Doug Deluca, a music and guitar lover who lives in Malibu, got together with good friend and Malibu local John Watkin, also a founder, in an effort to bring great music and great vibes to the seaside town. The duo saw an opportunity to bring the community together, by securing globally renowned, award-winning musicians to perform, while also supporting local musicians and giving back to charity. Co-founder, Alejandra DeLuca, brings the vision together by shaping the festival’s charitable programs and brand partnerships. Steve Ferrone, legendary drummer and longtime Heartbreaker, joined as the festival’s Musical Director. Doug Deluca is a Co-Executive producer for Jimmy Kimmel Live, John Watkin is co-owner of the Emmy-winning Planet Grande Pictures, and Alejandra DeLuca is a Meditation and Motivational Coach and owner of Manifesting Success and Wellness. Together, they leveraged their collective networks to bring the 2015 inaugural festival to fruition, which was honored with a Dolphin Award, in recognition of their service, commitment and contribution to Malibu.

“The iconography of the guitar and the backdrop of Malibu are a perfect combination for this beautiful event inspired by a passion for music and a love of community,” said DeLuca, adding “the artists and supporters that have come together will ensure the event’s success and growth well into the future.” The Malibu Guitar Festival, which has been embraced by the community and outlying regions, is now officially under the auspices of the City Of Malibu. The 2016 Malibu Guitar Festival raised over $100,000 for Mending Kids, Boys & Girls Club of Malibu and TheraSurf.

Visit the website at http://www.malibuguitarfestival.com to see the full festival schedule with times and admission…or CLICK HERE.