Skip to content
On View thru May 1, 2021: François Ghebaly, Meriem Bennani

François Ghebaly is proud to announce Meriem Bennani’s “Guided Tour of a Spill,” the artist’s first solo exhibition with the gallery. The exhibition opens on March 6, 2021…in-person viewing is available by appointment. 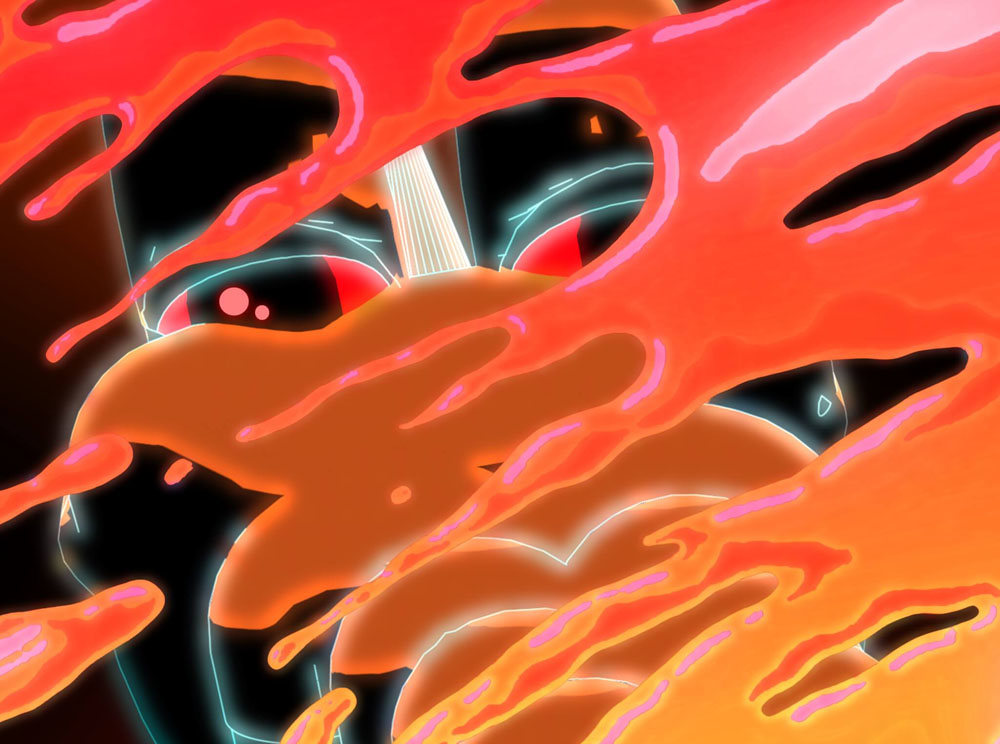 Meriem Bennani, Still from Guided Tour of a Spill, 2021

Before we get to the spill, you should know a bit about the island called the CAPS, this place in the middle of the Atlantic. The CAPS began as a detention camp for arrested teleporters, migrants swatted from the sky by American Troopers and held here to await processing. Violently rearranged from a quantum teleportation state into the forms you see now, the CAPS residents built their bodies and their lives back anew. As camps grew into neighborhoods and neighborhoods into urban enclaves, a distinctly hybrid culture developed on the island.

This diasporic culture of remix and recombination was fed by a trickle of data from the outside world. A single cable, limited and controlled by the Americans, brought the global internet to the CAPS. The videos, songs, and images that made it through were immediately taken up by the CAPS residents, dismantled and remixed through the cultural codes on the ground, creolized through their own spoken languages, their own visual principles, their own media histories.

Then came the spill. As you might guess, crocodiles and cables don’t mix. The puncture sent a spew of information into the ocean—MP9s and M7Vs, algorithmic ads and cookie warnings, posts and passwords, all tumbling in the waves, settling among the coral, working their way up the food chain like toxins bioaccumulating. The ocean became a Youtube soup, and you’ve been swimming in it. This disaster of data leaking out into the water, this streaming rupture, this is what we are here to see before us in this guided tour of a spill.

Meriem Bennani’s Guided Tour of a Spill acts as an interlude between her groundbreaking Party on the CAPS (2018), her pseudo-documentary set in the Moroccan quarter of the CAPS, and a narrative sequel set to debut later this year at the Renaissance Society and Nottingham Contemporary. The exhibition consists of the titular multi-channel video projected and displayed on sculptural, kinetic screens alongside new drawings of scenes from the world of the CAPS. One screen, broadcasting what could be an A.I.-generated children’s video, is topped by helicoptering ropes that slap the gallery walls. Inspired by the compilation structure and synesthetic drive of Disney’s Fantasia (1940), Guided Tour of a Spill centers less on overt narrative and more on the visceral and sensorial pleasure of music, dance, athletics and humor. Throughout the exhibition, Bennani playfully blends humor and critique, weaving an expanded allegory for how media circulates through channels of digital and geopolitical power, both online and in the real spaces we inhabit.