The Eli and Edythe Broad Stage in Santa Monica and DIESEL, A Bookstore present Richard “Cheech” Marin live, and on stage, on March 30 at 7:30pm. Marin will be discussing and signing his new memoir, Cheech Is Not My Real Name: …But Don’t Call Me Chong, with Carolina A. Miranda, staff writer who covers culture for the Los Angeles Times. The memoir will be released on March 14. Each ticket purchase also includes a copy of Marin’s memoir.

Cheech Marin came of age at an interesting time in America. He became a self-made counterculture legend with his other half, Tommy Chong. His insightful memoir delves into how Cheech dodged the draft, formed one of the most successful comedy duos of all time, became the face of the recreational drug movement with the film Up in Smoke, forged a successful solo career with roles in The Lion King and Jane the Virgin, and became the owner of the most renowned collection of Chicano art in the world. 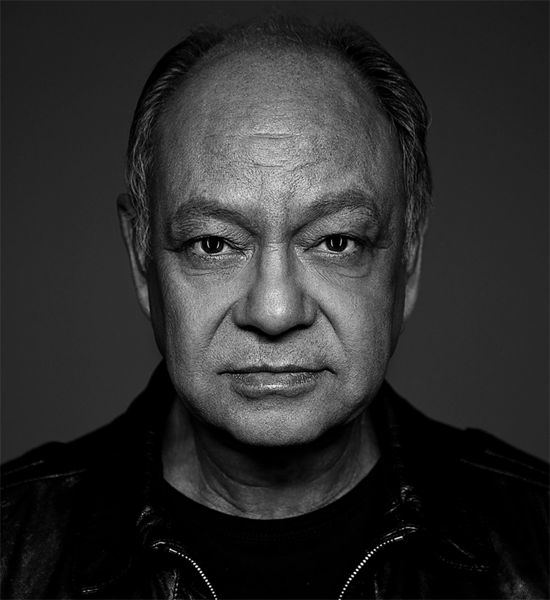 Jane Deknatel, Director, Performing Arts Center, said, “We are pleased to be presenting Cheech Marin, a preeminent force in American culture, as part of a new partnership with DIESEL, A Bookstore.” John Evans, owner of DIESEL, A Bookstore, said, “We are always looking for ways to expand our ability for the public to interact with authors, and to bring them and their ideas and thoughts to a larger community. At 530 seats, The Broad Stage gives us considerably more access to this audience than in our store, and gives even a larger public a live experience with the world of Cheech Marin.”

Primarily known as an actor, a director, and a performer, Cheech Marin has developed what is arguably the finest private collection of Chicano art. Much of it formed the core of his traveling exhibition Chicano Visions: American Painters on the Verge, which broke attendance records during its groundbreaking 15‐city tour during 2001‐2007 to major art museums across the United States. He states, “Chicano art is American art. My goal is to bring the term ‘Chicano’ to the forefront of the art world.” This focus is what led to his touring exhibitions, The Chicano Collection/La Colección Chicana: Fine Art Prints by Modern Multiples and Papel Chicano: Works on Paper from the Collection of Cheech Marin. He has also produced exhibitions for LACMA (Angelenos/Chicano Painters of L.A.) and the Art Museum of South Texas in Corpus Christi (Menudo: Chicano Art from the Cheech Marin Collection). His exhibition, Chicanitas: Small Paintings from the Cheech Marin Collection, began its national tour in 2011 and is booked at venues in the U.S. and Europe through 2015

Tickets Price: Start at $60. Prices subject to change.  Each ticket purchase also includes a copy of Cheech Marin’s Cheech Is Not My Real Name: …But Don’t Call Me Chong.