This is the 19th year of the Los Angeles Art Show, created by FADA is the longest running art show of its kind. It features an eclectic variety of art, contemporary, modern, historic and traditional art, and more. Last year’s show was a record-breaking success featuring over one hundred galleries. The show hours were extended to accommodate more than 50,000 energetic collectors. This is the first time, The Palm Beach Show Group presents The Los Angeles Jewelry & Antique Show.

I went to the opening night gala and it was fabulous…tons of celebrities…Cheech Marin, Mayor Garcetti ….even Barbara Streisand. See photo by Karrie Ross…who’s work is IN THE BELOW SHOT (white image above). Karrie is a terrific artist….stop by Fabrik’s booth to see her work. http://www.karrierossfineart.com/ 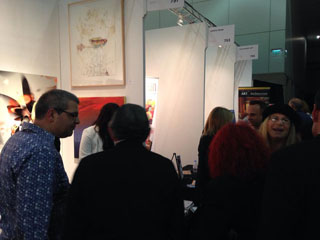 photo l.a. has moved downtown to the LA Mart and it’s the largest exposition floor to date.

photo l.a. 2014 will be home to 90+ national and international exhibitors, from January 16-19, including special installations “A Life in Pictures,” by Douglas Kirkland, “Deviled Eggs,” by Jeff McLane, a short film by Allan Sekula, “Vanishing Siren,” a study via film and polaroid by John Knuth, live tintypes by Will Wilson, Classic photo l.a., and more. 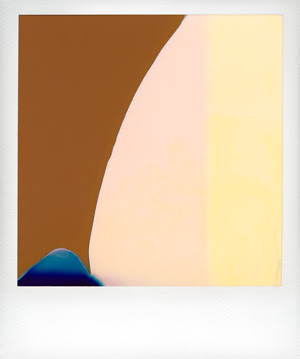 Here’s the line up for the program for today,Friday, Jan. 17:
9:30 am: Friday Docent Tour
11:30 am: See the Light: Photography, Perception, Cognition The Marjorie and Leonard Vernon Collection
1:30 pm: To Live and Die in L.A.
3:30 pm: Artists in L.A.: The Expanded Field and Photographic Possibilities
5:30 pm: Photo Book & Boutique Publishing

Admission rus as low as $20, $30… all they way up to $599 for VIP access….Check the website as there is a large variety of tickets and weekend passes. 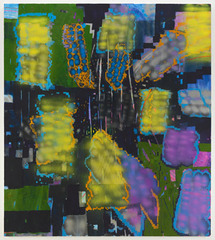 Keltie Ferris is a New York-based artist who, armed with a spray paint of vaporized oil pigments, has developed a fresh and entirely original abstract language.Doomsday Boogie includes several of Ferris’s large-scale paintings, along with a series of thin vertical paintings—physical realizations of the zips that originated in Barnett Newman’s abstract expressionist work. 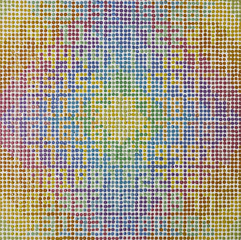 “Sea Legs” also curated by Jeffrey Uslip will be opening and features the work of Xylor Jane.

Jane is a Massachusetts-based artist whose paintings are made up of regimented numerical patterns and spectrums of color.

Also in Santa Monica…If you ike sports and music….Head to Sonny McLean’s for a special sports event taking place prior to the Venice Street Legends and myself performing for three hours (starting at 9:30 pm). 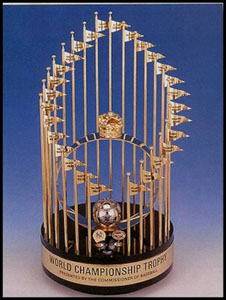 e Boston Red Sox and Sonny McLean’s Pub have joined together to offer fans the opportunity to have a photo taken with the World Series Baseball Trophy that the Red Sox won (after an 86 year draught) in 2004, 2007 and again in 2013. Photos can be taken 6-30pm and 9-30pm approximately.

Also taking place at Sonny McLean’s, I’ll be performing (Kathy Leonardo) BLUES and Honky Tonk with the Venice Sreet Legends! It looks like we may start now a bit late…but it shoud be a hoppin’ night.

See this week’s Santa Monica Mirror for an article about Sonny McLean’s and Kathy Leonardo and the Venice Street Legends. 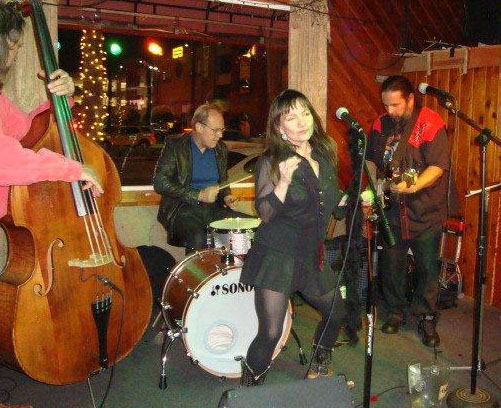