Release your inner artist with a Paint Your Guts Out workshop taking place this morning. See http://www.paintyourgutsout.net/ for more info.

haleARTS S P A C E invites you to the o 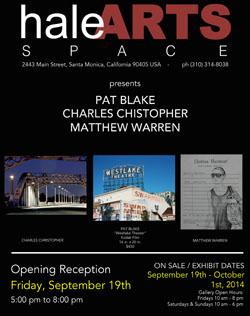 Originally from New York, Charles Christopher is an L.A. based photographer whose work conveys a sense of wonder and mystery while capturing the underlying spirit that exists largely unseen around us.

Matthew Warren recycles Hollywood’s iconography in the form of movie posters, by creating a series of drawings in 3B pencil which reflect the essence of chosen films selected for their relevance in pop culture.

JAUS hosts a reception tonight titled “In Search of Turrell.” Guest curator Carl Berg, director of Edward Cella Art + Architecture, has assembled a group exhibition that has traveled to the Netherlands and back. 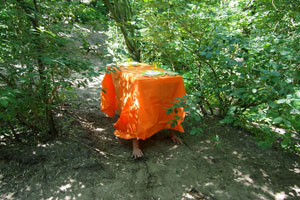 Since the Hague dunes have always held a special meaning for Berg, a Dutch American, he organized an art trip to the Netherlands and invited artists to participate in an exhibition in Rotterdam. These artists agreed to take a day trek along the Hague dunes, which led to James Turrell’s Celestial Vault.

“The show at JAUS will feature all new works based around this journey,” said Irie. “It will be mainly about all the artists who have had the pleasure to visit Holland through Carl’s support and encouragement.”

ARCANA: BOOKS ON THE ARTS celebrates the publication of Pamela Littky – Vacancy.

Vacancy is a multifaceted 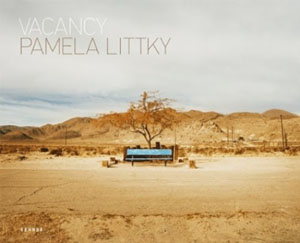 portrait of two towns that are as much rural desert communities as they are states of mind.

While driving between Los Angeles and Las Vegas, Pamela Littky was exposed to the small towns at either edge of Death Valley – the legendary region of the Mojave Desert that hosts the hottest and driest climate in the US. Anyone who has ever been there can tell you that there is little else on either side except for long, empty stretches of straight-line desert highway.

In West LA…take in some theatre. 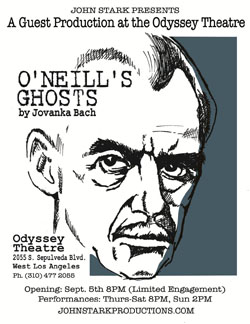 ard winning playwright Jovanka Bach’s play, O’NEILL’S GHOSTS is a riveting drama about the tormented relationship between Eugene O’Neill and his eldest son, and the psychological ghosts that haunt both. O’Neill’s Ghosts brings to life playwright Eugene O’Neill’s troubled relationship with his son and the haunting memories of his family that affected him and his writings. Taking place in 1950, the play also explores his relationship with his wife/manager Carlotta Monterey O’Neill, and, through his imagination, sends him into the past and his memories while writing his last play. O’Neill’s Ghosts is directed and produced by JOHN STARK.

This is a limited engagement. SPECIAL DISCOUNT- Use the password “Ghost” for $10 off each ticket purchase!

Show Runs through Sept 28; Tickets: $20.00; Performances are Thursdays through Saturday nights at 8 pm and Sunday at 2 pm. Click Here to purchase tickets