The City of Santa Monica will host a virtual grand opening celebration to unveil Historic Belmar Park on Sunday, February 28 at 3pm. Historic Belmar Park expands Santa Monica’s parks system and provides a space for recreation and historical reflection on a site where some of Santa Monica’s earliest African American residents lived and contributed to making Santa Monica a vibrant and unique place from 1900 to the 1950s. If you are unaware of the tragic history that inspired this project, CLICK HERE (you must open this post for a LIVE link) to read an informative article in the Argonaut Newspaper, written by historian and author Dr. Alison Rose Jefferson. 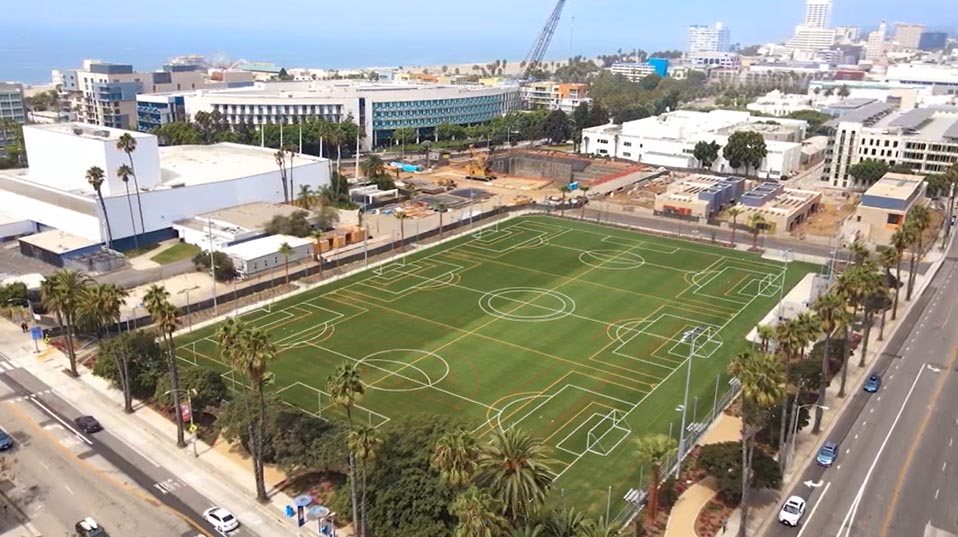 The virtual event will officially open the 3.5-acre multi purpose sports field complex adjacent to the Civic Auditorium. The concept of a field in the Civic Center was raised throughout the early and mid-1990s and ultimately included in the 2005 Civic Center Specific Plan. Years of work by many community members followed; plans for construction of a synthetic turf sports field near 4th and Pico gained momentum in 2015. A groundbreaking occurred in summer 2019.

The new park showcases an outdoor exhibition that includes the public art installation “A Resurrection in Four Stanzas,” created by artist April Banks and historical panels created through the work of historian Dr. Alison Rose Jefferson. This is the culmination of the Belmar History + Art project, a collaboration between the City of Santa Monica and community leaders to mark the site of this historical injustice and tell the stories of the historical Black community members who lived there until being displaced in the 1950s.

In addition to the unveiling of the artwork and historical panels, the virtual event will include a Time Capsule burial dedicated to a collection of this early history as well as remarks by Project Historian Dr. Jefferson and Project Artist Banks.

The City of Santa Monica has also launched an effort to prioritize housing opportunities for Santa Monicans and their descendents who were displaced by the construction of the Civic Center complex. To learn more about this work, visit santamonica.gov/righttoreturn