Durden and Ray celebrates its new gallery. Durden and Ray began as an online presence creating pop-up shows in 2010, and took control of its current project space in 2015. In February, the artist collective will emerge as a full-fledged gallery — without giving up its commitment to finding alternative spaces to show work by artists from Los Angeles and around the world. The group will open its new Durden and Ray gallery at 1923 S. Santa Fe Ave., next to CB1, on February 25.

“While we are shifting to a beautiful new gallery space, the move will encourage our ambition without dampening our edginess – it only broadens our reach,” said Max Presneill, a founding member of Durden and Ray. “We are partnering with galleries and collectives on several continents to bring some of the best of the world’s art to LA, and to get LA art seen in more places.” 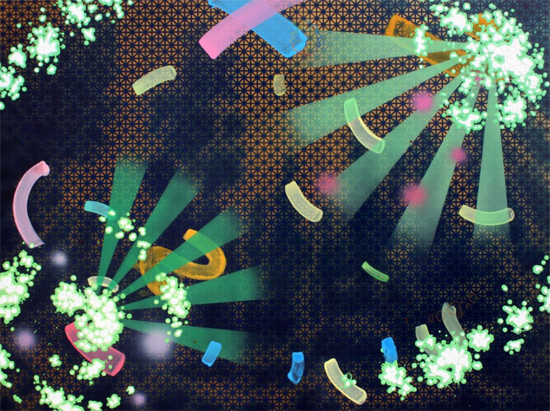 There will be a two-part opening introducing the 24 members of Durden and Ray beginning with “Round Won” curated by Steven Wolkoff, and culminating in “Round Too” curated by Max Presneill. These artists will be responsible the future programs at the gallery. One of the primary goals of Durden and Ray is for each member to curate exhibitions that explore curatorial methodologies, a wide range of intellectual concerns and issues relevant to contemporary artists. The exhibitions also will foster international exchanges by bringing artists from across the U.S. and around the world to the new space.