It was a busy Tuesday at the LAArtParty office. Each Monday, 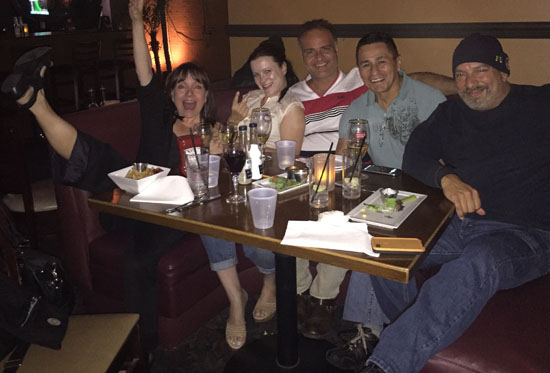 we notoriously argue about which events to choose that week out of the 30-50 we receive weekly…it’s gotten way out of hand. That particular week…we were still arguing about which event would be the Pick of the Week…and it was already a Tuesday afternoon. We had already moved on to the planning of the layout stage for the week’s post…while a certain staffer (you know who you are), could not let our POW choice stand.

My videographer, Steve DePena stopped in and somehow seduced us all into going to Boardwalk 11 to sing karaoke. Now as many people know, I’ve been singing all my life and am still performing in about four bands, but karaoke is different (its actually much harder). I’ve always been a bit shy about doing it. 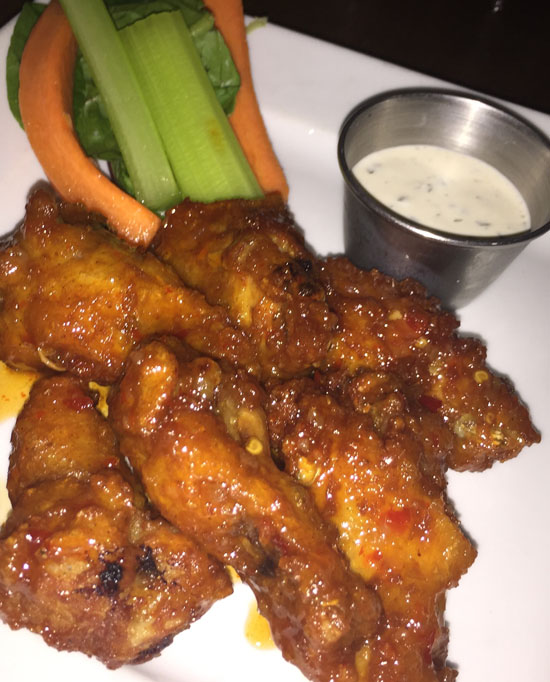 aid to Steve…”It’s Tuesday night, are you sure they are having karaoke tonight”…”Yes,” he sighed, ”they have it every night. He added that Boardwalk 11 also has a great happy hour. SOLD! Mama likes to eat for a good price…and it sounded like a great way for our crew to let off some steam. Next thing I know we are headed to Boardwalk 11 in West LA to sing for our supper.

It was a Tuesday night (early evening), and I was stunned as I watched the place fill up … singers were signing up, customers were bustling in and the restaurant became alive. Apparently this is THE place to do Karaoke. After hanging by the bar, we finally slumped in a booth started ordering more drinks (wine for Mama) at very nice happy hour prices and then we ordered a barrage of food from the HH menu. 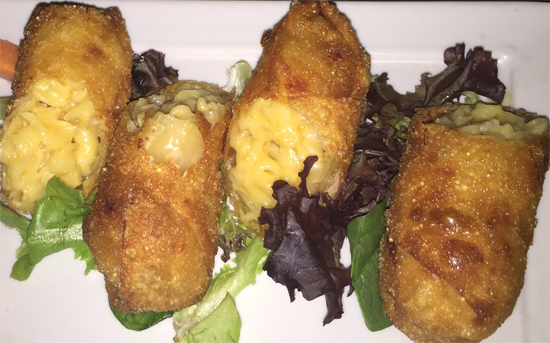 just shared a bunch of different items…spinach dip, chicken fingers, mozzarella sticks, and chicken wings. I think we ordered every flavor (yes we were hungry) – sweet chili sesame, honey BBQ sauce and spicy buffalo…really tasty. One more item, was the hit of the night – Mac and Cheese Eggrolls – these tasty buggers were amazing (though not so good for my thighs). Who would think to wrap mac and cheese in a wonton and deep fry it? It was served with buttermilk ranch dip…so good we ordered a second. 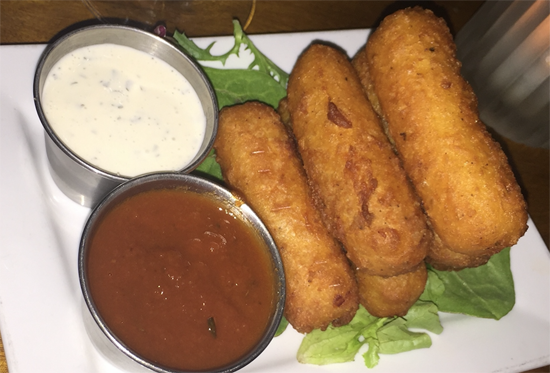 By this time the wine had kicked in and I actually got up to sing…not once but twice. Steve got up several times and crooned like Sinatra. It was pretty impressive, of course it could have been that happy hour wine I so enjoyed that made him sound astounding. Needless to say, after a long day, our LAArtParty team enjoyed a much needed fun night out.