We have added more events for our update, but you can look forward to seeing additional events added for the latter half of the month on January 18 2017. Our vip receive updates early.

January 11, 2018:
The Pacific Standard Time Festival: Live Art LA/LA is an international celebration of art and performance throughout greater Los Angeles, with more than 200 Latin American and Latino artists and performers creating adventurous events at more than 25 indoor and outdoor locations.

Organized by REDCAT with a consortium of organizations and independent artists, the festival connects artists from more than a dozen countries with neighborhoods city-wide, through vital performances in parks, plazas, galleries, theaters and busy urban settings. The festival is part of the Getty-led Pacific Standard Time: LA/LA initiative and is supported by a major grant from the Getty Foundation. Visit the website for a list of venues and times. https://www.redcat.org

Lois Lambert Gallery hosts a reception for “TOOLS OF THE TRADE.” Featuring hyper-realistic common object glass sculptures by artist Carmen Spera.,Taken out of their typical context, the work plays with the idea of magic and illusion. These works are focused on examining his process, taking a material as fragile as glass and transforming it into sturdy hardware. For Spera, glass is a truly unique medium, as its translucency can reveal entirely different forms based on the perspective from which it is being viewed. On view: March 3rd 2018; Art Party: 6-9pm; Lois Lambert Gallery, Bergamot Station, 2525 Michigan Ave., E3, Santa Monica, CA 90404; www.loislambertgallery.com

January 15, 2018:
Today is Martin Luther King Day…A wonderful day to give back to our community.

In this divisive time, we need to spread some love. In honor of Martin Luther King, Jr. Day, entrance into National Park Service sites across the country on Monday, January 16, 2017 will be free! Click HERE for more info and events. 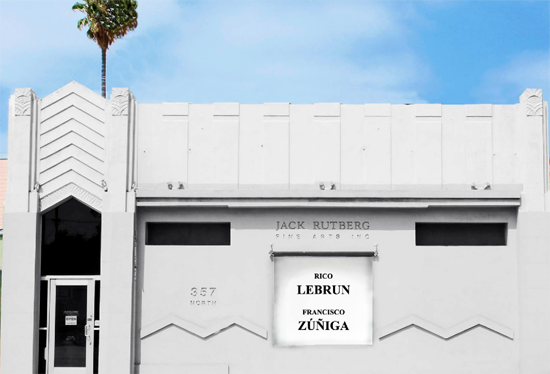 “Rico Lebrun in Mexico,” focuses attention on the period when the renowned artist moved to San Miguel de Allende in 1952 to teach art at the Instituto Allende. There a new generation of Mexican artists was introduced to and inspired by Rico Lebrun, who distinguished himself not only as a painter and compelling draftsman, but also as a formidable muralist. Francisco Zuniga: Sculpture & Drawings” brings together selected works on paper and an exceptional breadth of sculpture in bronze, wood and stone, which masterfully portray Zuniga’s indigenous women as an elemental force. On view: March 17, 2018; Art Party: 6-9pm; Jack Rutberg Fine Arts, 357 N. La Brea Ave, Los Angeles, CA 90036; http://www.jackrutbergfinearts.com/

This is the artist’s first show with Ballon Rouge, and his second solo exhibition in Los Angeles. On view: February 3, 2018; Art party: 6-8pm; 622 S Anderson St #108, (across the street from Nicodim Gallery) LA, 90023; https://www.ballonrougecollective.com/

Stay tuned for our events update for the last half of the month on January 18, 2018