usic have long been entwined. Artist Zhenya Gershman was part of music’s biggest week! This year, rock icon Bruce Springsteen was selected to be MusiCares’ Person of the Year and Gershman was asked to paint rock the icon’s portrait. The MusiCares gala took place on February 8th and was a huge success. Gershman had the chance to meet “The Boss” himself and has many stories to tell. 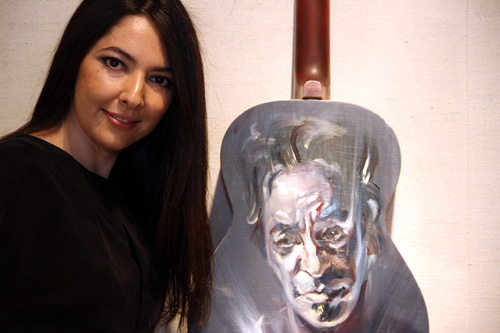 Don’t fret there is still time to see the work of Zhenya Gersman…her work is currently on view as part of the exhibition entitled “Women’s Art Now” at Leslie Sacks Fine Art, Brentwood. A blue chip gallery featuring renowned artists from around the world, their current exhibit runs through February 24th and benefits the non-profit organization “Women’s Voices Now.” 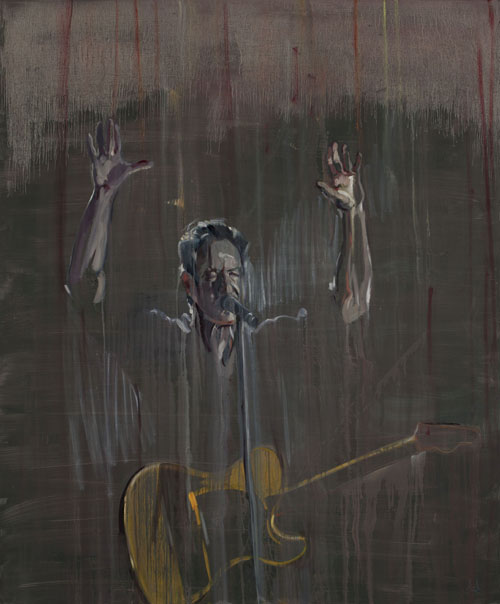 Artist Zhenya Gershman created a portrait of the “Boss” himself to be featured at the gala as part of a silent auction. The journey was an interesting one. Zhenya had to decide which “Bruce Sprinsteen” to paint. She surveyed hundreds of images from his long career and watched countless videos.

First, she decided to paint an image on the back of a guitar. Next, she chose to paint a much darker image from 1993, when Streets of Philadelphia won an Academy Award for best original song. Inspiration truly hit when she was watching a VH-1 interview. 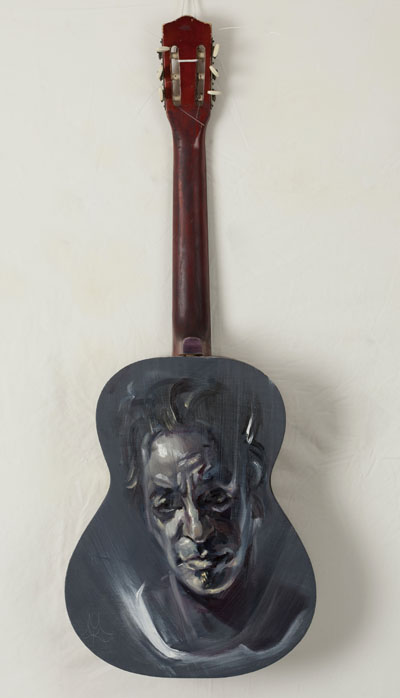 pringsteen spoke painstakingly of his rough childhood and how his music saved him. She explains, “Finally, I saw the real man behind the pop images. As the clock struck midnight, I ran into my studio and the new painting was born – Bruce performing, mid-action, with his hands up in the air – like a preacher in front of a mesmerized unseen crowd or a man who is surrendering to the power of creativity. I hope that through this image the viewer gets an intimate glimpse into Bruce Springsteen’s soul – the magic of portraiture is getting to know someone without ever meeting them.”

Although Gershman only needed to create one painting, it was evident that a “Bruce
Springsteen series” was coming to life.

For more information, about the MusiCares Gala, see www.grammy.org/news/stars-to-pay-tribute-to-musicares-person-of-the-year-bruce-springsteen-0

For images and more information about the artist Zhenya Gershman, see her website. www.zhenyagershman.com