oing to be a wild weekend….St Paddy’s Day is this Sunday….and you know  Mama is gonna is going to be our partying…..I have a gig in Venice during the day with the Venice Street Legends…so check Sunday’s events and come for a vist.

Also we have added some more St Patrick Day’s events on Sunday. Maybe I’ll see you out there….I’ll have a GREEN boa on, getting my Irish groove on. 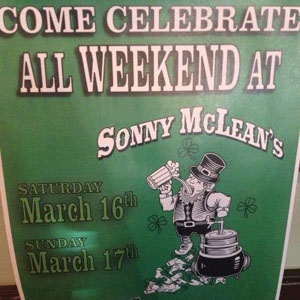 I only drink beer once a year….and its on St Paddy’s Day! ….Hey, I see you’re eyes rollin’ …I never said anything about wine!!!

Sonny McLean’s will be having two days Saturday and Sunday….so there is NO excuse not to celebrate.

But before you start partying….be sure to head to The Pick of the Week is the 7th Annual Santa Monica Airport ArtWalk! It takes place this Saturday from Noon to 5:00 pm. 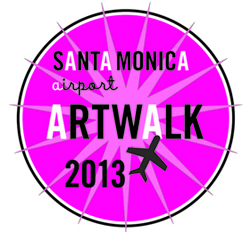 f you haven’t been, its a lot of fun….stop in and meet the resident artists of the airport arts community.

Also on view is the work of special guest artists such as Nick Busco, Yossi Govrin, Sabine Pearlman, Scott Tansey, Mike Temple and many more.

You may have seen my article in the Santa Monica Mirror, which came out this past Friday….”Decade of Dissent: Democracy in Action, 1965–1975″ is also on view.

See image: War is Not Healthy – Lorraine Schneider, Another Mother for Peace, Inc. 1966 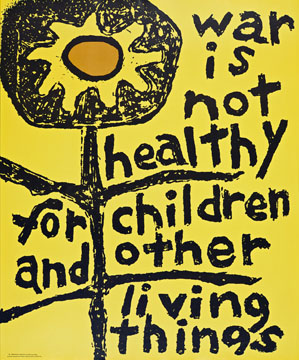 More than 60 local artists are participating, performers and venues will open their doors to the public free of charge. 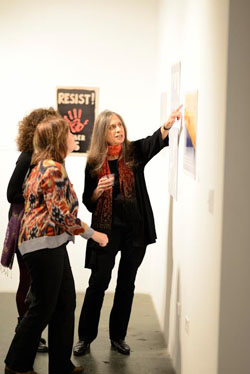 ARENA 1 hosts a political exhibition, “Decade of Dissent: Democracy in Action, 1965–1975.” The group exhibition features original protest posters that reveal the persuasive power of art to inspire ideals of democracy.

The works call attention to critical social movements that were shaped by the principles, rights, and individual liberties expressed by the Declaration of Independence, the Constitution, and the Bill of Rights. The exhibition spotlights California activism around diverse causes—including peace, ecology, labor, and civil rights—showcasing iconic images and slogans that served as vehicles for social change.

Decade of Dissent is organized by the Center for the Study of Political Graphics, the largest repository of post–World War II historical posters in the nation. You can take a guided tour with Carol Wells and learn more about the exhibition. 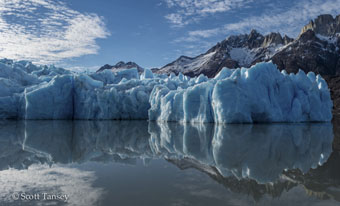 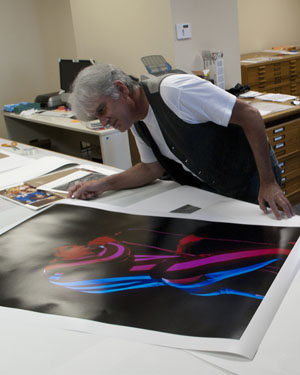 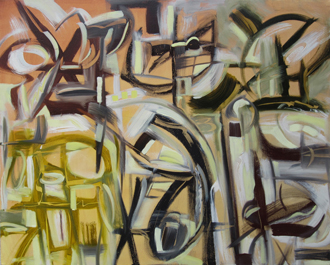 On view through March 23rd