Skip to content
Weekend Update, New Events, Plus the Pick of the Week is This Saturday, at Merry Karnowsky! 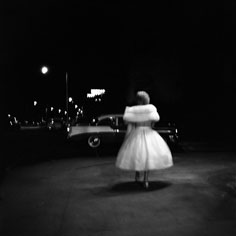 hat an exciting weekend of art, we have for you.

The Pick of the Week has to be Merry Karnowsky’s exhibition, “Vivian Maier: A Life Discovered” this Saturday night, hosted by Tim Roth. This opening reception will feature photographs from the Maloof Collection. John Maloof will be in attendance, the man who brought Maier’s incredible work to the public.

I love strong, talented women and Vivian Maier was just that. Light years ahead of her time. 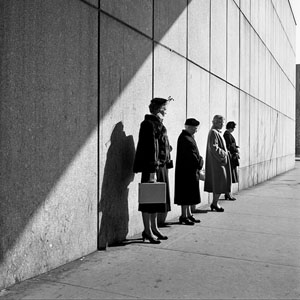 aier was a nanny turned street photographer. Vivian Maier traveled extensively between Europe and America before settling in New York City in 1951. Having picked up photography just two years earlier, she would wander the streets, looking for the perfect shot, honing her craft. She then moved to Chicago and spent most of life there, as a caregiver, taking photos well into the 90s.

Maier would photograph the city life and architecture of New York, Chicago, Los Angeles, and the American Southwest, as well as destinations as far off as Manila, Bangkok, Beijing, Egypt, and Italy. There, against the backdrop of these bustling cities, she caught everyday vulnerable moments in time. 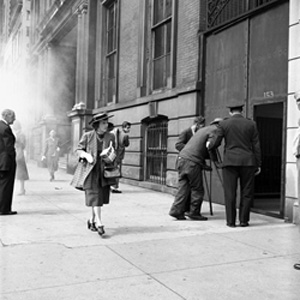 er in life Vivian Maier would fall on hard times, yet was financially helped by three children that she had taken care of as a nanny. As if she were their own mother, they stepped up and pooled their money and paid for her apartment.

It breaks my heart to think that Maier could have arrived at that place in her life, with such exceptional talent and skill, yet still unrecognized and unable to financially take care of herself.

Vivian Maier would leave behind a body of work comprising over 150,000 negatives. 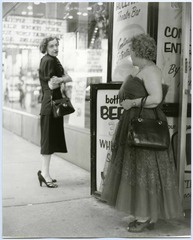 2007, John Maloof spotted some of her work at an auction house, and ultimately became the driving force to bring her work to the public.

Vivian Maier left this earth in 2009, before she ever had a taste of her own success. She was 83 years old when she passed.

However, thanks to John Maloof, Vivian’s work lives on. Thank you John.