Lots to do this weekend….so get out there and see some fab exhibitions this weekend. Corey Helford pulls out all the stops with a double gallery exhbition….See Saturday Events. 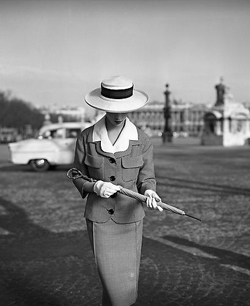 You won’t want to miss my Pick of the Week which takes place at the Peter FettermanGallery at Bergamot Station in Santa Monica….The two exhibitions are a wonderful fit. Some truly incredible images…if you have been to Paris….you will love this exhibition.

“Paris in the Springtime,” a group exhibition will also be on view, featuring classic masterpieces of humanist photography.
See more info below, provided by the gallery.
Georges Dambier (1925-2011) began his career in post-war Paris as a photojournalist with a background in graphic design and portraiture before he began photographing for fashion magazines in the 1940s. 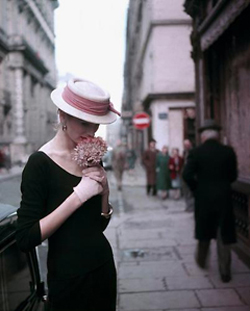 Although often overlooked in the history of fashion photography, Dambier was a contemporary of Irving Penn and Richard Avedon and became the key photographer for French Elle after receiving his first job from director Helene Lazzareff.

See image: Georges Dambier Suzy Parker Hydranger, 1953 Archival pigment print
Courtesy of Peter Fetterman Gallery
The photographs on display, most of which have never been exhibited, are from a period of the 1950s at the height of his career photographing legendary models including Suzy Parker, Bettina, Barbara Mullen, Brigitte Bardot, Capucine and Sophie Litvak.

The artist’s close friendship with many of his models produced uniquely humble fashion imagery showing chic feminine style at ease in everyday situations; the models are confident yet still delicate while in action on city sidewalks, beaches and in hotels. This is the first west coast exhibition of Dambier’s work and consists of over thirty prints that display his masterful use of lighting and focus to create arresting images of style and femininity. 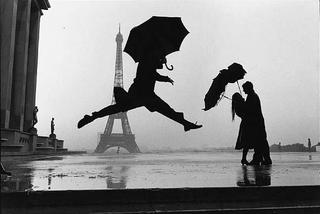 ris in the Springtime exhibits photographs documenting daily life in the French capital during the mid-20th Century by legendary photographers of the era. 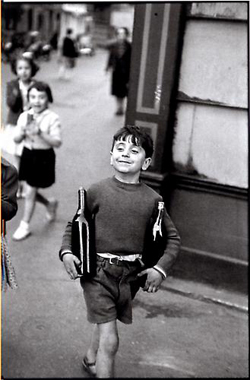 As a close friend and collaborator, legendary photographer Henri Cartier-Bresson was instrumental in introducing many of his contemporaries to the gallery including several of the exhibited artists such as Willy Ronis, Martine Franck, Edouard Boubat, Louis Stettner, Melvin Sokolsky and more.

Iconic photographs and rare gems from thirty years of collecting fine classic photography display the essence of the City of Light through the eyes of some of its greatest historical spectators.