The LA Art Show kicks off its 18th year with a high-profile Opening Night Premiere Party tonight at the Los Angeles Convention Center.

Hosted by The Art of Elysium supporters Ali Larter and Ha 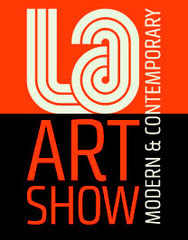 yes MacArthur, (see pix below), 100% of proceeds from the Opening Night Premiere Party will help The Art of Elysium to expand its program to bring arts to medically fragile children and increase the number of school children who visit the Getty through The J. Paul Getty Museum through its program for Title One School visits. 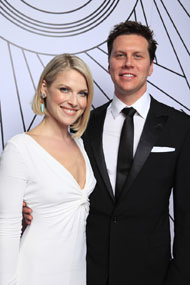 ceeds from the 2013 Opening Night Premiere Party ticket sales will be donated to The Art of Elysium, a non-profit organization dedicated to building bridges between the professional arts community, and children whose lives are constrained by illness.

The 2013 Opening Night Premiere Party will take place from 8pm-11pm, with a VIP Patron reception beginning at 7pm. Tickets are $125 and $500. To purchase tickets, purchase tickets here.

Gonna be a fun one….hope to see ya there. 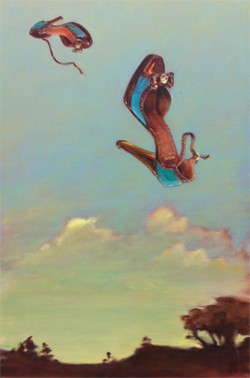 arbara West at the Brewery presents a high-contrast selection of gender charged paintings by Charles Swenson. These paintings represent two branches of Swenson’s art interest – his wife’s shoes and a set of toy soldiers.

“My wife’s shoes, all women’s shoes, have a wonderfully decadent, fetish-y quality that I love, especially the high-heeled variety, they look dangerous and delicious at the same time,” explains Swenson. These particular paintings of shoes are lyrical. The viewer is uncertain whether the shoes are floating, falling or flying, but they make Swenson, and indeed the rest of us shoe-lovers, smile. They are delightful: feminine, joyous, new and shiny (and useful to boot!).

By comparison, the soldiers represent an opposing point of view. Painted from a set of actual toys, they are bought on-line, photographed and then represented much larger than life sized. “They are masculine, guy toys, war toys, stoic and sad, used and abused… They hold a consciousness that is all these things and also a little comic at the same time,” says Swenson, who has made them heroic, as though they were portraits of real men. Ultimately, these toys say something about war: the physical, mental, emotional, and spiritual toll that fighting with guns and killing has on every soldier. 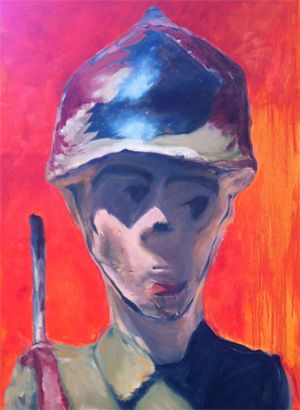 This is the first time the two series have been exhibited in the same space and as Swenson observes, “Male and female, masculine and feminine, this is the push-pull of society, this is the tension that I try to get to. This is what makes the world turn, and it makes it worth hanging around, just to watch the dance.” But the friction in these paintings runs deeper than gender. Perfunctory shoes become celebratory confetti and children’s toys become solemn icons of an uncertain future. It is a dance to be certain, but exactly who leads is anyone’s guess.

Barbara West at the Brewery is a series of rotating exhibitions, developed by Teale Hatheway, taking place at Barbara’s, the restaurant/bar hidden in the heart of the Brewery Arts Complex. 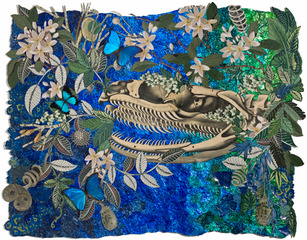 Or at Bergamot Station in Santa Monica….

Enjoy an artist talk at the SMMoA….with Pattern and Perception: Peter Shire, Samira Yamin, and the Work of Miriam Wosk. How does pattern and ornament affect sensation and perception?

If you happen to be a member, enjoy a 6 pm Exclusive Members’ Tour and Reception with executive director, Elsa Longhauser

Or come for the 7 pm Artists in Conversation with artists Peter Shire and Samira Yamin, moderated by executive director, Elsa Longhauser, and director of education and public programs, Asuka Hisa. 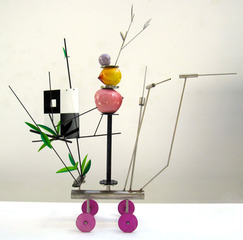