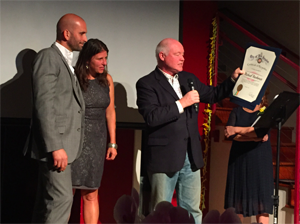 This incredible signature event began with a walk on the red-carpet and included hosted wine and cocktails, specialty tastings, heavy hors d’oeuvres,and desserts, live music, a student-run photo booth and caricature stations, and a silent auction featuring collectible photographs by many noted professional photographers and Venice Arts’ talented students, as well as items from local artisans and creative businesses.

Also at the Gala, Venice Arts recognized two individuals whose support of Venice Arts and its mission has enabled the nonprofit to flourish and grow. This year — Ruth Seroussi, Esq. and Michael Newhouse, Esq. who were honored as this year’s Community Angels. Both serve on the Board of Venice Arts, and have been involved with the organization for over 8 years. Michael told us “It was really very flattering to be honored this year. It meant a lot to both Ruthie and me because Venice Arts is a model with respect to what can be done to change the lives of many children who most likely would never have had the chance to express themselves as artists, and that’s special.”

At the Gala, LAArtparty also talked to Michael Jasorka, one of the professionals who is a volunteer mentor at Venice Arts. He teaches a workshop there called Venice Arts Comics, in which the kids actually design and then self-publish an entire comic book! This year’s comic was called “Energy Vampires and Water Goblins.” 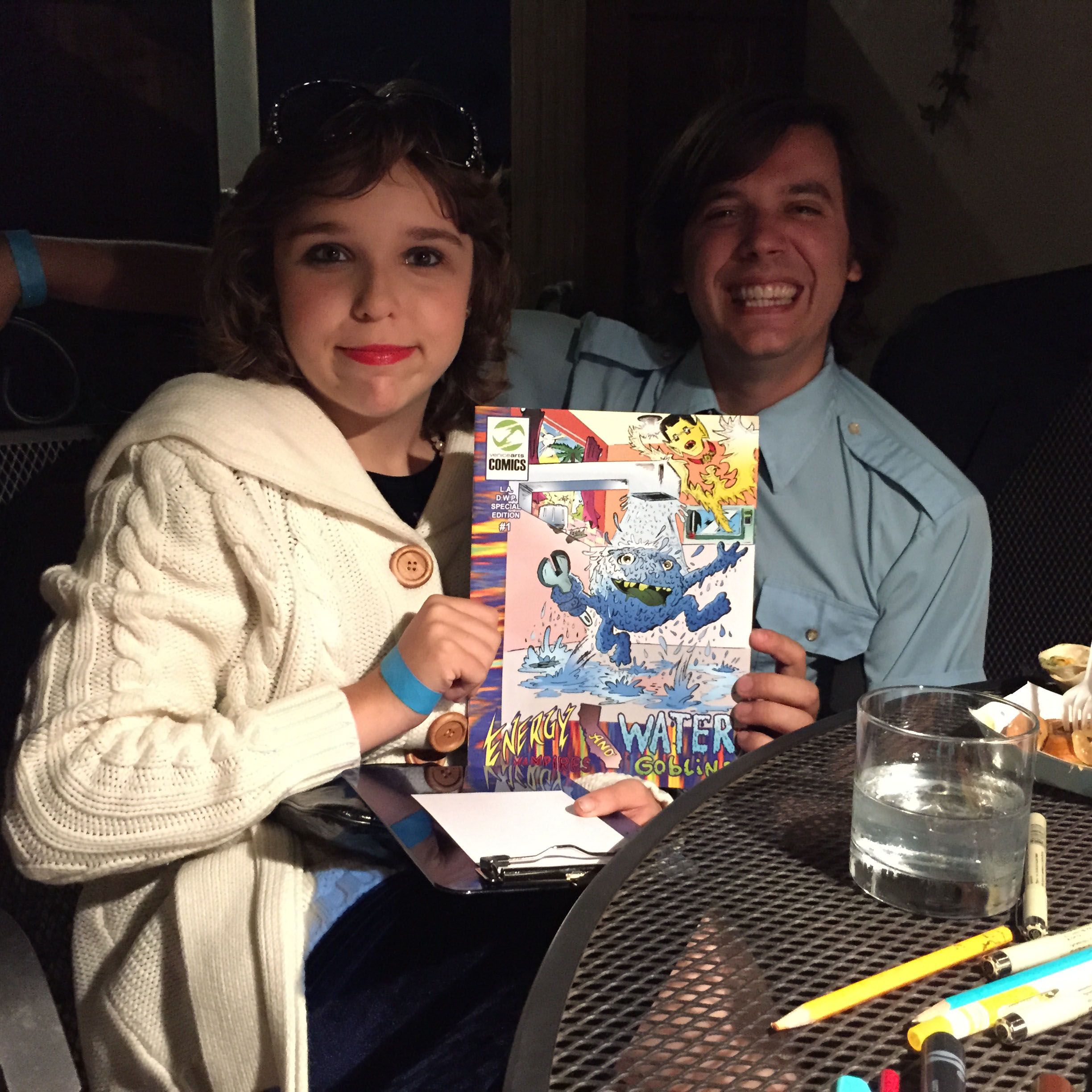 s been teaching at Venice Arts since 2010, and he told us “My favorite thing about teaching at Venice Arts is empowering the students with the know-how of a very complex medium — mixing the essences of art, concept, character, and of course, story, to make a clear and communicative sequential narrative (comic). The most important thing students can walk away with at Venice Arts is being more conscious about their expression and how far art can take them on their journey of self-discovery.”

Michael also introduced us to one of his star students, Tatiana Quinones, 15, who has been in Michael’s Comic Book Workshop for two years and who enjoys bringing her stories to life as comics. From humans to household cats, they’re all a joy for her to create and make interact in her comic narrative.

Every year this event is one of most fun evenings ever, and we certainly look forward to next year’s gala.