The Robey Theatre Company presents a staged reading of a new play, Revolutionary Genocide, on Sunday, September 6, 2020 at 3:00 p.m. It will be presented via Zoom. 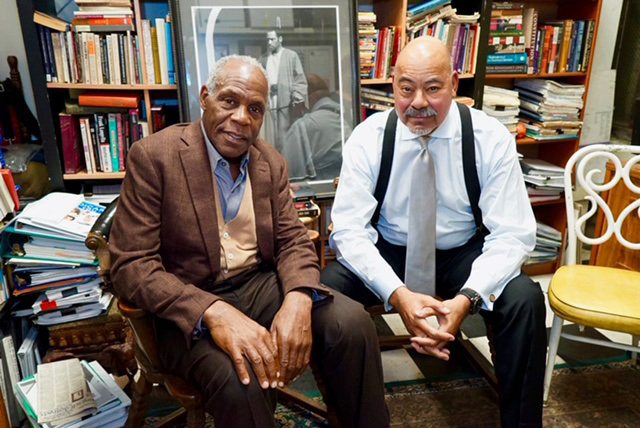 The presentation features the co-founders of The Robey Theatre Company, Danny Glover and Ben Guillory. Glover is internationally famous as a movie star, with over 150 films to his credit. Guillory is the Producing Artistic Director of The Robey Theatre Company. Melvin Ishmael Johnson is the playwright. Ben Guillory directs. Additional characters are played by Cydney Wayne Davis, Kimberly Bailey and Melvin Ishmael Johnson.

The narrative concerns events in the lives of attorney and activist William Lorenzo Patterson (portrayed by Glover) and actor and activist Paul Robeson (played by Guillory) who presented papers to the United Nations in 1951, accusing the U.S.A. of the attempted genocide of Black Americans, due to its failure to pass legislation against lynching and its failure to bring its perpetrators to justice.

Visit the website to register. You will be sent a Zoom link. Suggested donation: $10. Registration will be limited, so RSVP early.

After September 6, 2020, the event will be recorded and available for viewing on the Robey Theatre Company’s YouTube Channel starting Friday, September 11, 2020.

For more information about The Robey Theatre Company, please go to http://robeytheatrecompany.org