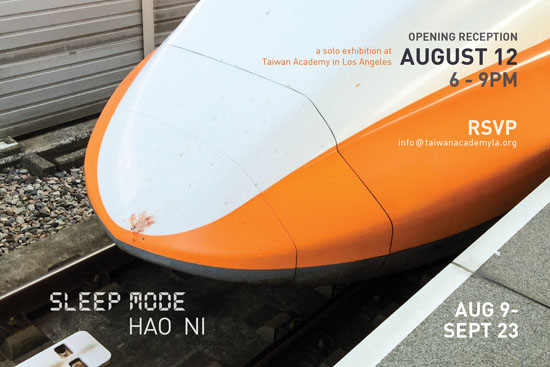 tle of the exhibition – “Sleep Mode” – describes the power-saving mode of operation that most electronic devices today assume automatically when idle. While in this mode the device is capable of instantly resuming full function upon each awakening. It came to convey an enveloping sense of drifting between light and dark, day and night, as well as a feeling evoked in the dialogue between human and machine, the body and artificial environments.

“…The notion of an apparatus in a state of low-power readiness remakes the larger sense of sleep into simply a deferred or diminished condition of operationality and access. It supersedes an off/on logic, so that nothing is ever fundamentally ‘off’ and there is never an actual state of rest.” – Jonathan Crary, 24/7: Late Capitalism and the End of Sleep

This notion of the dual state and its cyclical nature are reflected in Hao’s featured works. Having so seamlessly integrated into our lives, sleep mode is no longer just a system in the background, but has become a way of thinking and a lifestyle. This perpetual state of restlessness, a result from the perversion of our quickly accelerating modernity, has lead to phenomenons from which Hao forms his narratives. By deconstructing and reconfiguring familiar objects like rice and car headlights, Hao created works to reveal the speed and violence often hidden in modern life, as well as the impact of the accelerating world on how we see and feel.

The gallery is divided into two distinct areas, evocative of the duality of sleep mode. On the front side of the gallery, objects of familiarity fill the well-lit space. Sculptures surround the spectator, formed by everyday objects such as air filters, rice and cigarettes, portraying parts of the body that consumes and breathes. A sense of domesticity fills the air, and structures of distilled emotions lie on the gallery floor. Mounted on the center division wall is Window III, a portal where the domestic interior and the ‘external world’ collide. Peering through are fleeting moments observed through the windows of everyday life, repeating infinitely and autonomously. 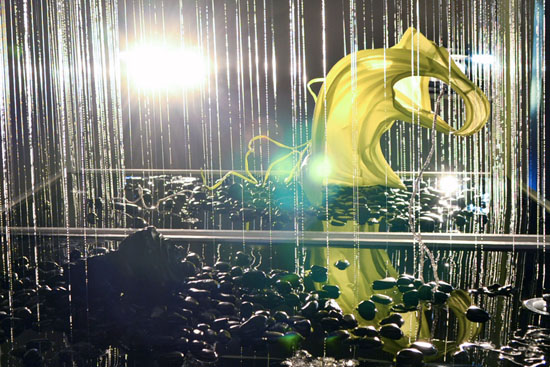 e opposite side of the gallery is shrouded by darkness, anchored by the centerpiece of the gallery, Night II; a kinetic and dioramic sculpture that portrays a raining night in slow motion. Set within this imaginary landscape is a ghostly sculpture of a hand wearing a half-glove; lit under the car headlights, it alludes to a constant readiness for transgression and violence, casting a shadow of suspense and unease. Surrounding the landscape are other testaments to a similar sentiment, best marked by the memorial-like lightboxes of Residue, paying tribute to the sublime of anthropogenic disaster suffered by dead insects, forced by their own phototactic instincts and perished under the violence of the changing physical landscape shaped by technology.

RSVP to the FB Event Page.