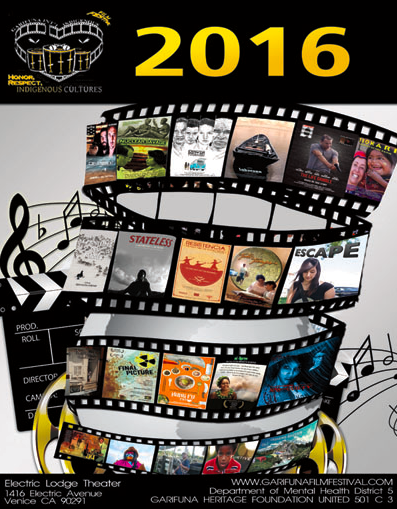 rifuna International Indigenous Film Festival continues with documentaries from all over the world highlighting the wisdom, the plight and the beauty of indigenous cultures and supporting their preservation.

Ten films will be screened (Sunday), including the worldwide premiere of “The Ground is Breathing” with film makers present to discuss their inner thoughts and answer questions about their movies.

Visit website and view trailers; and plan on attending this inspiring event.

The 3rd Annual MAINopoly: Taste of Main Street event will take place on Sunday, May 29th from 3-8 p.m. at the street’s best food and beverage establishments to raise funds for Summer SOULstice and Heal the Bay. MAINopoly is a fun, interactive community event that mirrors the classic board game, and gives participants a culinary walking tour of Main Street’s finest restaurants, juiceries, ice cream stores, coffee shops and more. 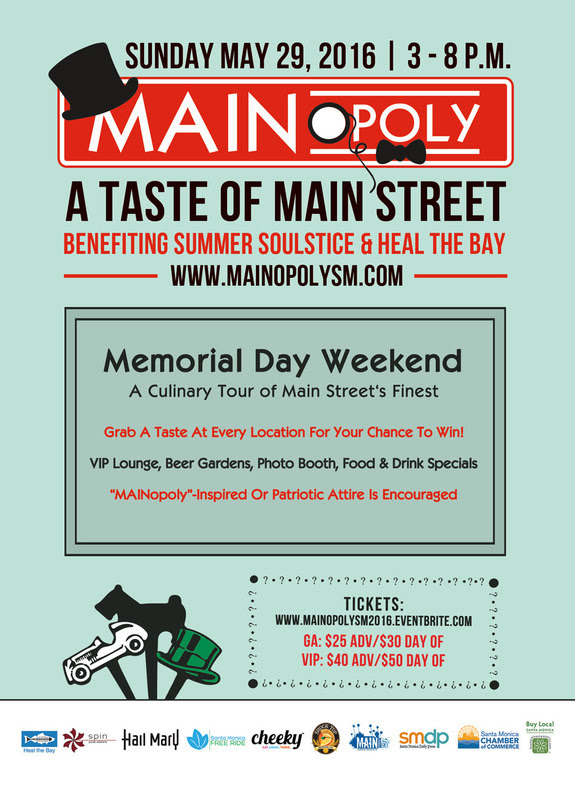 Attendees will receive food tastings at participating locations, which will feature items such as pulled pork sliders from Areal, lobster shooters from Knuckle & Claw, gelato tastings from Dolcenero Gelato, coffee from Bulletproof and many more. Select restaurants will also be offering drink specials like $4 draft beers, $5 cocktails and $5 shots for those with the official wristband.

Other activities include beer gardens, Kids Zone at Books & Cookies, “Go to Jail” at Pink Elephant and a VIP lounge sponsored by Shock Top with hosted beer, food, DJ, snacks, games and more. Attendees are encouraged to dress in “Monopoly”-inspired or patriotic attire. Those who check off all of the locations on the “game board” and turn it in at the official after party at AREAL will be entered to win a “Taste of Main Street” prize package with gift certificates to participating locations.

See the Upcoming Event Feature for a full list of participating restaurants and to find out more about this event.

General Admission: includes “Mainopoly dollars” to exchange for tastings at participating locations, food & drink specials and entrance to the Official MAINopoly After Party at AREAL. 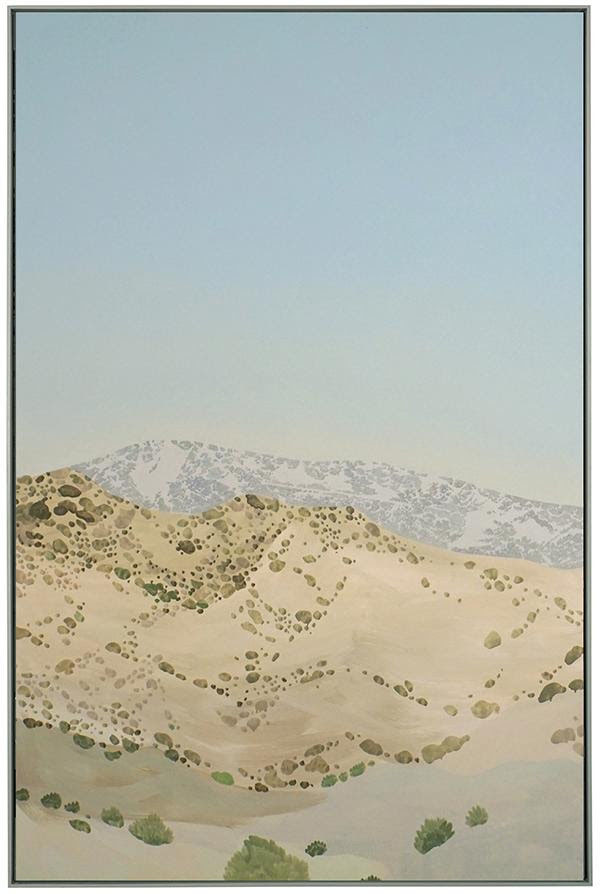 Jake Longstreth graduated with an MFA from California College of the Arts, San Francisco. He has exhibited nationally and internationally.

He was the 2008 recipient of the Pollock-Krasner Foundation Grant and a 2007 Artist in Residence at the Kimmel Harding Nelson Center for the Arts.

Human Resources presents Song of Eurydice, a choral / movement piece that re-envisions the Greek myth of Orpheus and Eurydice as a call to marginalized artists, emphasizing a discourse between Eurydice (mecca vazie andrews) and the deity of the underworld, Persephone (Carolyn Pennypacker Riggs). Picking up where the ancient tale left off, Eurydice descends once more into the Underworld to contemplate its infrastructure and inhabitants. 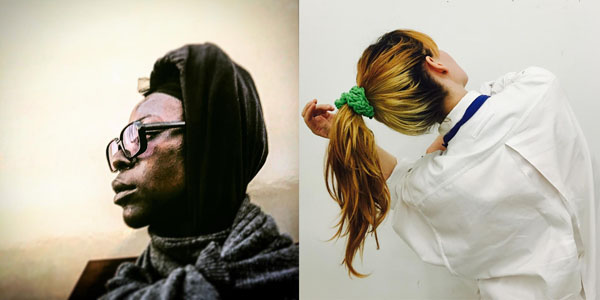 s work-in-progress preview of Prelude + Act 1 marks the LA premiere of Sophia Cleary’s REHEARSAL series. REHEARSAL, founded in 2011, is a works-in-progress performance series in which one artist or group shares their work with the opportunity to hear back from their audience. Loosely following the Liz Lerman Critical Response process, REHEARSAL provides a nurturing and structured space for feedback for artists at any stage in their process.