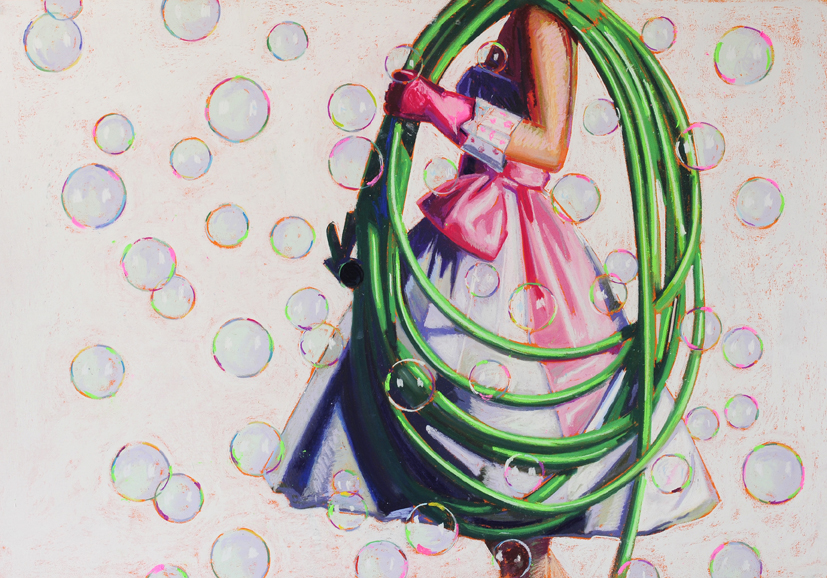 Contemporary Art presents the very first exhibition of Kelly Reemtsen’s pastels on paper and the debut of works in a new medium for her – woodcut.

The pastels and two woodcuts incorporate Reemtsen’s signature image – that of a solitary female figure in a vintage party dress carrying a tool that is traditionally
associated with physical tasks performed by men. Gotta love a woman yielding an axe.

Reemtsen has always done sketches and color studies as part of her preparations for paintings, but it was beginning to work in pastel last year that changed her approach to the drawings. The vivid colors and range of painterly effects possible inspired her begin to push the works to a finished state. The fourteen pastels in this exhibition are the result. 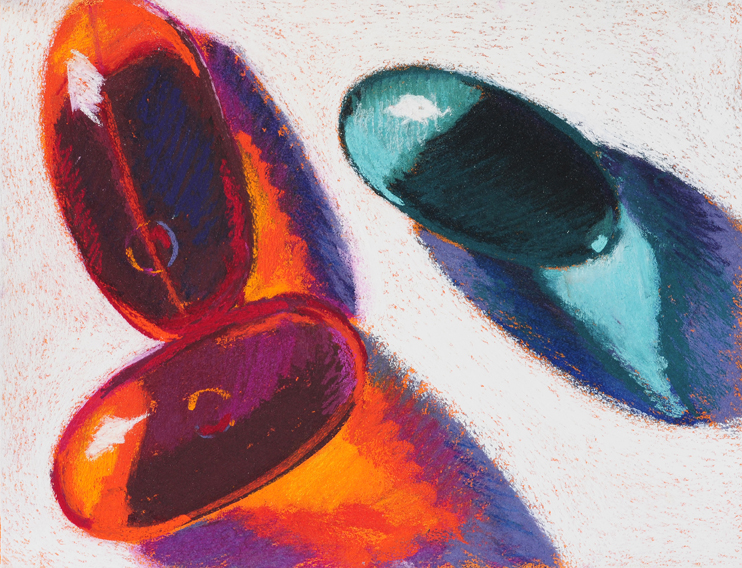 If finished drawings are a recent development in her work, printmaking is not. Reemtsen worked with Crown Point Press in 2008 on two etchings. Though the works were not edition, two of the six resultant proofs are included in this exhibition.

These works marked the beginning of Reemtsen’s interest in the figure and the development of her iconic image of a woman with a tool.

Reemtsen recently took a residency at the Venice Printmaking Studio in Venice, Italy which gave her the opportunity to learn the craftsmanship of creating woodcuts, the oldest of all printmaking techniques. Woodcut dates back to the 12th century in Europe and the 7th century in Asia. 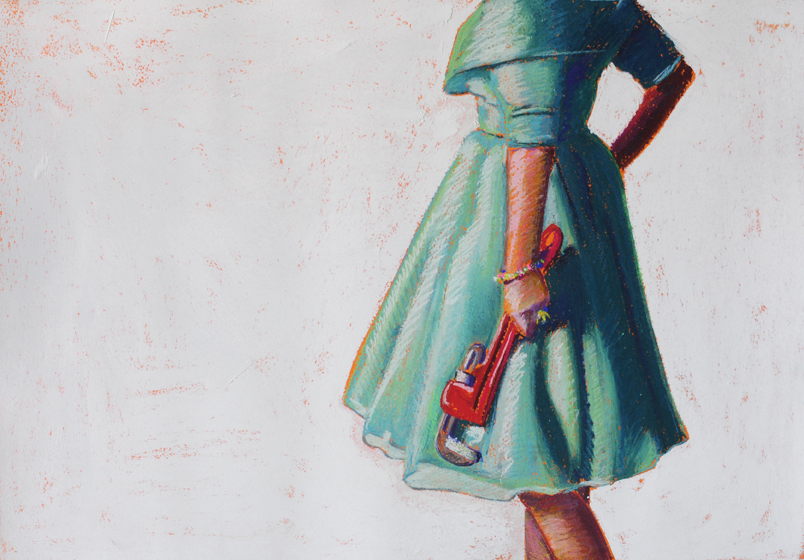 espite the fact that the medium was new to her, Reemtsen continued to push beyond the traditional boundaries. Each print contains nine colors, resulting in works that are no less colorful than her paintings and pastels.

Reemtsen’s luscious paint handling translates as well to the medium of woodcut as to pastel.

Instead of brushwork, the grain of the wood imbues the works with texture and nuance. Layers of color shimmer beneath color, and the rich white backgrounds are flecked with the same distinctive orange one sees in her paintings. Hand painted detailed on the jewelry the figures wear. 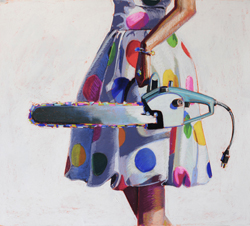 In addition to Reemtsen’s iconic women, she has created compositions of pills which delight the eye with their resemblance to candy and at the same time elicit a double-take as one can’t help but try to identify the pharmaceuticals. Though most are benign remedies found in any medicine cabinet, there is the occasional Xanax, valium, and Prozac. We are not only what we wear, and the type of tool we brandish, but what we take.

Arrays of pills are the subject of several pastels, and a floor sculpture comprised of a hundred hand-cast plaster larger than life ‘pills’ 3″, 4″, and 5″ in diameter. Too big to be imbibed and of no use for a headache or depression, poignant objects.