Skip to content
Save the Date…Friday, June 6th Screening of “Lisa Adams: As it Appears to Be” by Juri Koll!

The life and art of Los Angeles artist Lisa Adams forms the basis of the film “Lisa Adams: As it Appears to Be” premiering in a one-night only screening on Friday, June 6, 2014 at 8pm at the Crest Theater. 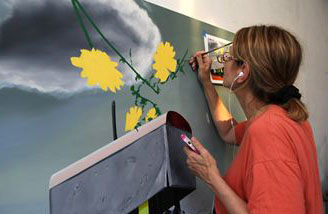 he film, directed by Juri Koll, focuses primarily on the unique world her paintings inhabit, her intimate knowledge of the art world, and her commitment to her vision in the face of numerous hardships that have ultimately marked major milestones in her life’s work, such as her decision, after becoming well known and respected, to change her style and technique.

Featured in the film are esteemed critic/curator(s) Peter Frank and Shana Nys Dambrot, her gallerist Clyde Beswick, and famed friend and artist Llyn Foulkes. There will be a Q&A afterwards, with the artist, the filmmaker, Peter Frank, and special guests.

As Llyn says “I love her work…all of it…what makes her special is the chances she takes.”

Lisa Adams has been taking chances since the moment she decided to be an artist. Her father often brought her to the local library as a child, and one day in the adults section, she saw Salvador Dali’s painting, The persistence of Memory (1931), and as she describes it “All of a sudden I said ‘okay, there are other people like me out there in the world’….and I knew I was going to be a painter. And I was 10.” 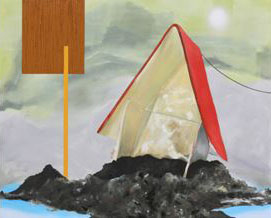 Lisa Adams has acquired a great deal of knowledge during her long career in art, and many of these priceless gems are revealed in this film.

The Crest Theater is located at 1262 Westwood Blvd., Los Angeles, CA 90024, just down the street from the Hammer Museum. Tickets are $12, and are available from the box office 30 minutes before the screening or crestwestwood.com or call 310-470-1508.