Venice Family Clinic will be having its Fall Architecture Tour on Saturday, October 1, 2016. All proceeds from this event will fund vital health care for more than 24,000 low-income and homeless patients that it serve.

Enjoy a tour of this unique Brentwood enclave as the modern past meets the present. Founded by musician 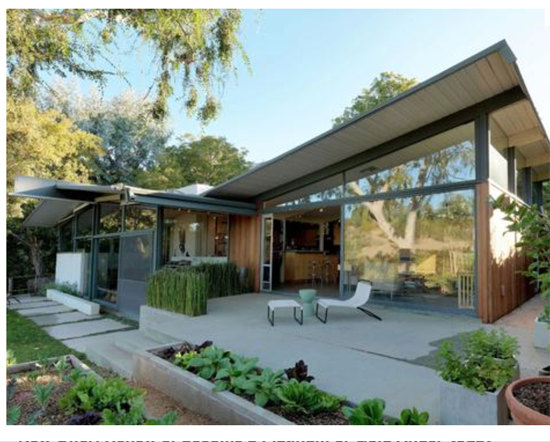 s as a social living experiment in the 1940s, Crestwood Hills is one of the successful post WWII utopian communities to have existed. The tour features mid-century homes designed by A. Quincy Jones.

Parking is located at Venice Family Clinic Simms/Mann Health & Wellness Center : 2509 Pico Blvd. Santa Monica, CA 90405. Check-in begins promptly at 10am. All tour shuttles will be departing at 10:30am. The tour will be approximately four hours. Guests must meet and return to parking, and ride on the shuttles to participate in the tour.

The Off the Hook Seafood Festival takes place on the Santa Monica Pier Saturday, October 1, 2016. The event will raise funds for the Westside Food Bank and awareness for the sustainable seafood movement through the Aquarium of the Pacific’s Seafood for the Future program.

CLICK HERE to purchase tickets!  GET A DISCOUNT with LAArtParty – Use the promo code FISHY for 15% OFF tickets.

What: OFF THE HOOK Seafood Festival
Where: Santa Monica Pier
When: 3:00 – 7:00pm – Saturday, October 1, 2016
Website: http://offthehookseafoodfest.com 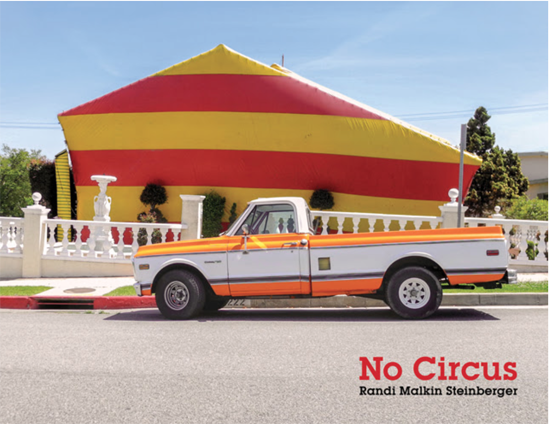 No Circus is a collection of photographer Randi Malkin Steinberger’s vibrant color images of buildings in and around Los Angeles that have been tented for termite fumigation. After moving to the city in the early nineties, she first encountered these brightly shrouded structures and began to stop and photograph them. Knowing that they might be undraped at any given moment, Steinberger was intrigued by the way the colors and shapes of the tents revealed the buildings inside and highlighted the beauty of the poor plants on the outside, still flourishing, unaware that they were slowly being poisoned. Beyond their intended purpose of fumigation, these tents also unwittingly beckon us to stop and contemplate architectural form, the meaning of home, and the lure of the Southern California lifestyle. No Circus features a text by noted essayist D.J. Waldie, and is the culmination of a two decade pursuit of these temporary architectural enigmas.

Los Angeles-based impressionist Erin Hanson’s The Orange Show will be available for viewing October 1st – 28th at her Frogtown gallery. 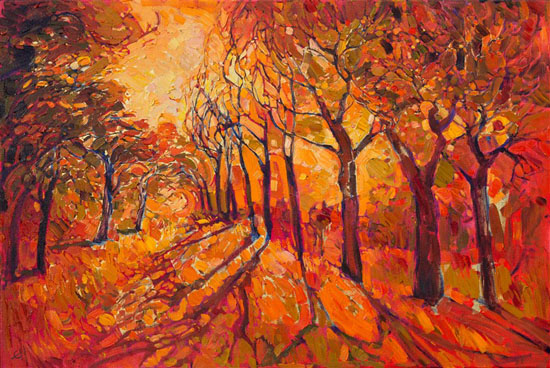 The show will open with an evening celebration on Saturday, October 1st, the evening will include fine wines and live jazz music; Free Parking

On October 1, 2016, Nickolas Chelyapov will make his curatorial debut with a group photography exhibition titled “Photographic Language.” Chelyapov is a talented photographer in his own right, and said since there is so much going on around us, we need to look at the big picture of existence. 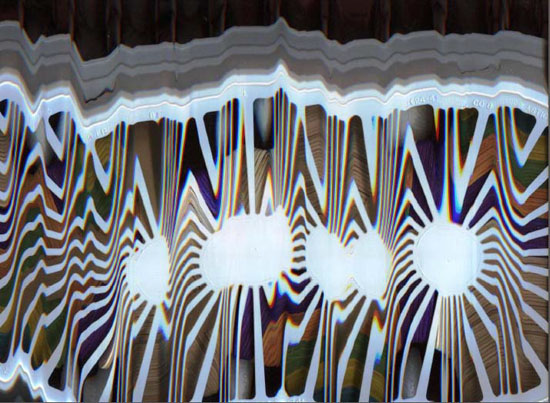 “It’s banal, but true, that photography can freeze some moments and convert them to longer-lasting experience/interaction. Hence, I wanted to put on display that multifariousness of everything in one space. The more divergent the participants and their works are – the more adequate I’d consider it for the show. And in reality, presenters, among other things, are from various ethnic origins, e.g., Oriental,  African-American, Latino, among others, reflecting universal and American reality.”

He compared how he will organize the exhibition with his love of the folk art form – quilt art. “I want a quilt made of photographs, put on display salon style, dense and demanding for both presentation and observation. Hence, it will about 25 participants.” He added that he wanted people to have fun and enjoy their works in the context of others and see not juxtaposition, but unity and universality of what photography offers us through its special language on a “Photographic Language” show! Nickolas Chelyapov will also be featured in a solo exhibit titled “Retrospective.” 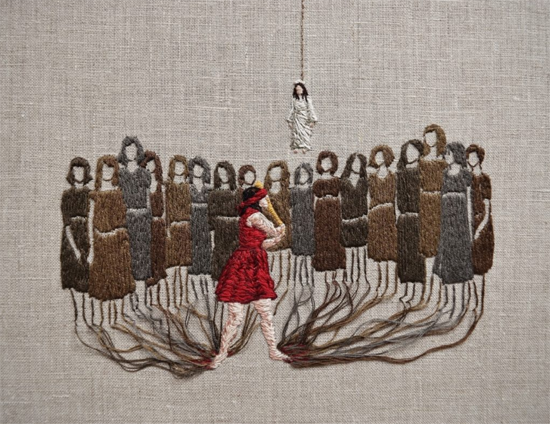 Creating work rich in fantasy and surreal mythology, in secret for many years, Michelle’s work was only recently revealed to the public and went viral. Her feature show has been highly anticipated.  Kingdom’s protagonists are surrounded by nature, trees, roots, and water all fashioned carefully with tightly embroidered thread.

Each piece depicts an ambiguous relationship between the characters displayed. Kingdom is able to capture intangible inner voices, infuse them with outside influences, and display them in her artwork.  She elicits emotional responses from her audience by diving deep into introspective fantasy and toying with universally affecting psycholology.

One more at Bergamot… 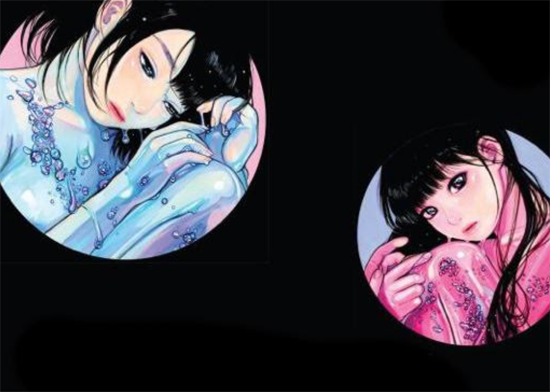 Spend an evening at the Lantern House in Venice celebrating the 40th Anniversary of the Gibbon Conservation Center, and their ongoing work with our favorite singing apes. While there will not have any gibbons on site, as they would make a terrible dinner guest, attendees can enjoy a hosted bar, hours d’oeuvres, small silent auction, and a chance to learn more about these small endangered apes. 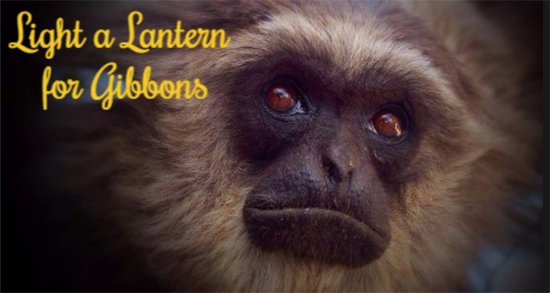 Donations are tax deductible to the fullest extent of the law. Federal Tax ID: 95-4256306

The exact address of the Lantern House, along with a map and valet parking information, will be sent with your confirmation.

What: 40th Anniversary of the Gibbon Conservation Center
Where: Venice – address will be given after ticket purchase
When: 6pm-8pm
Website: http://www.gibboncenter.org/ 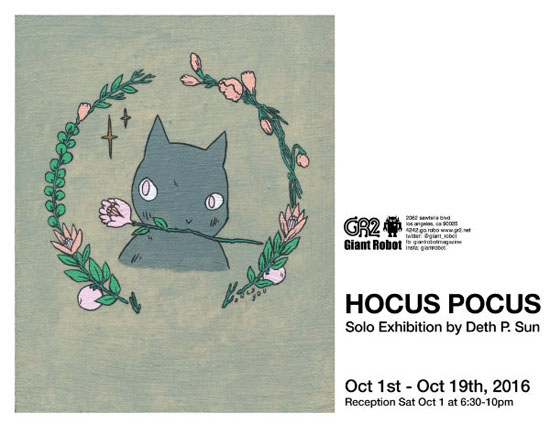 It’s been a couple of years since Deth P Sun has been to GR2 for a solo exhibition. He’s moved further north to a smaller town called Ft Bragg in California.

You can see a preview of his works at his Flickr page.

“Human Condition” is an immersive, site-specific exhibition that features the work of sixty emerging and 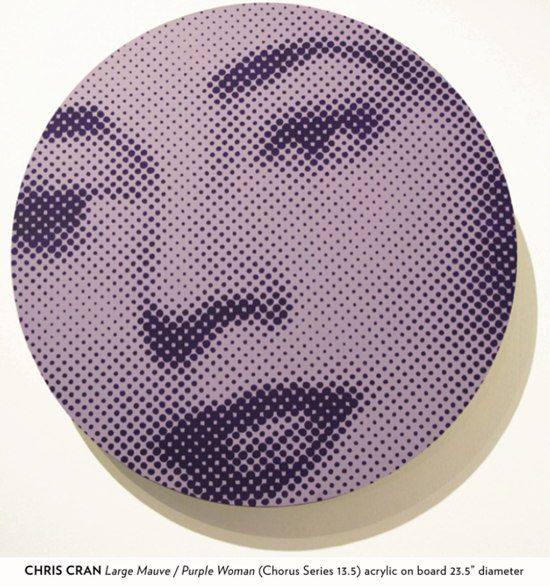 established artists in a uniquely challenging space: a former hospital in West Adams, previously known as the Los Angeles Metropolitan Medical Center. Curated and produced by the Los Angeles-based art advisor John Wolf, “Human Condition” invites artists to re-contextualize the hospital’s functional history—over 40,000 square feet of it—as a venue to explore what it means to be human.

The Los Angeles Metropolitan Medical Center proudly opened in 1971 as the first Black-owned hospital in Los Angeles. Years of neglect are now giving way to reinvestment in West Adams, which hosts much of the city’s cherished architectural heritage and landmarks. It is now home to many working artists, a burgeoning art scene, and other signs of community-driven cultural renewal.

With “Human Condition,” Wolf has invited artists to explore the corporal and psychological experience of being human. The exhibit features all types of media, both the artist and viewer are encouraged to explore the dilapidated remains and transcend the building’s original intention.

huZ Galleries is located in the San Pedro Arts District at 341 W. 7th Street. Business hours are Wednesday through Sunday from 1:00pm – 7pm.

One more in Hollywood…(this one ends a bit later) 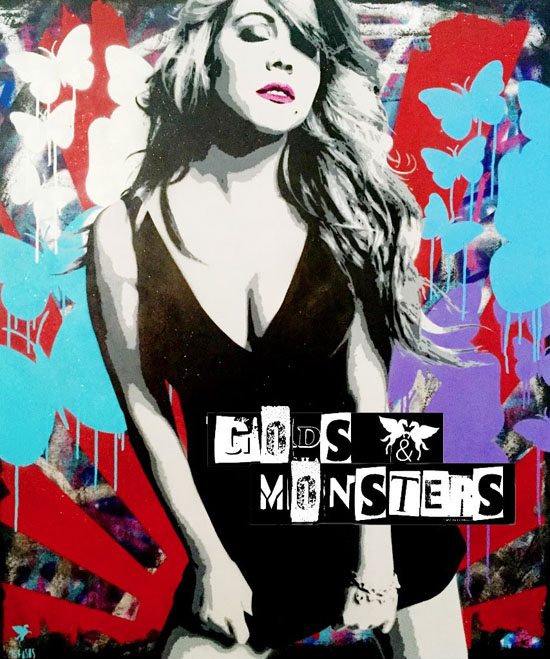 The exhibition debuted at London’s Faith Inc Factory in July before traveling to Hollywood’s AC Gallery in October, marking the artist’s first solo exhibition in the United States.

There’s nothing quite like the feeling of clay in the hands — but really, it’s the feeling of the making itself, the building of something with those hands no matter the materials, that holds the allure for diversely process-oriented artists such as these.

​Meet the artists while enjoying refreshments, music, and art! Free parking for the opening can be found up the ramp across Hewitt St. (look for the Aztec calendar).

Hop across the bridge to Boyle Heights…

Corey Helford Gallery will proudly present incomparable New York-based artist Martin Wittfooth, whose powerful works take on the majesty of a world in conflict with its most beautiful inhabitants in his newest series of oil paintings titled “The Archaic Revival.”