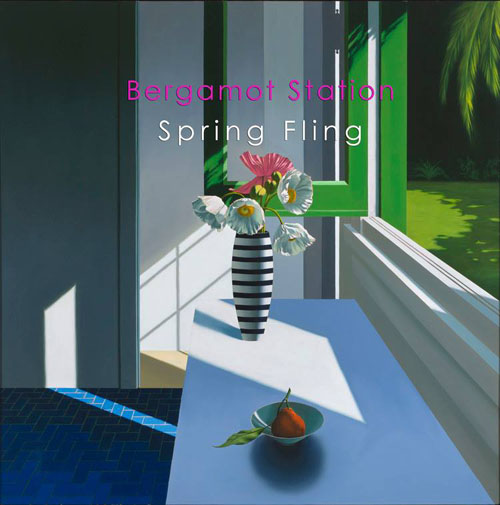 There is limited parking at Bergamot Station and the parking lot will fill up quickly. So grab a lyft or share a ride.

Here is a list of participating galleries. Be aware some will be having openings later in the evening (see below).

The discovery of infinite worlds that exist parallel to our own may lie beyond the limits of human perception. The human imagination, however, is limitless. In the new exhibit Multi-World, a group of artists offer the viewer a chance to enter a universe of alternate realities.

Another opening at the arts center takes place from 6-9pm at Patrick Painter. Christopher Grimes Gallery is pleased to announce a solo exhibition of works by João Louro. A key artist in Portugal, Louro’s work descends from the conceptual framework of post-minimalism.

His appropriation of literature, film and popular culture explores and codifies visual language binding artistic reference into a unified meaning. For this exhibition, his third with the gallery, Louro will present works from three of his ongoing series. In his famous Blind Image series, Louro uses a blank plexiglass surface to reflect the viewer’s gaze, accompanied by a line taken from classic books or film as a caption, inviting the viewer to create his or her own images to go along with the textual narrative.

Moving on to West LA… 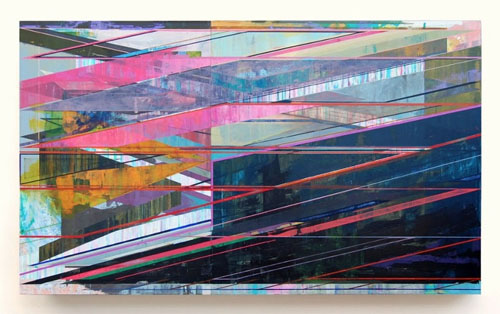 JAUS will have special hours for this exhibition. Jaus is open for business Thursday to Saturday from noon to 4pm. 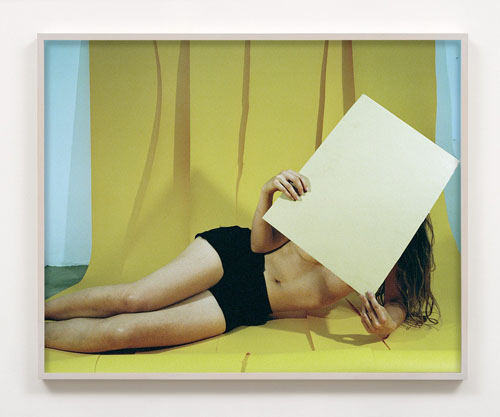 M+B is pleased to announce “Body Doubles,” Whitney Hubbs’ second solo exhibition with the gallery. The exhibition will run from March 19, 2016 through May 7, 2016, with an opening reception on Saturday, March 19 from 6 to 8 pm.

Looking at pictures of women, as seen pulled back toward my eye, I see myself with them. I can’t help it. I parse their bodies, the forms. Not my own and yet familiar. When I’m in front of the camera, my body is being looked at, is being performed, is being directed and recorded. It is being taken apart and pieced back together. We repeat and repeat, the same scene, against the same wall, with the same lights. We write the body on a piece of film. Film that’s been pushed and prodded, mishandled and flipped. At a certain point I had to accept a bodily experience. It was pleasurable to look at their rough unpolished states, the bodies simply are: flipping, posing, being coy, arms as arrows, feet as poles, the lens as lover and mirror, the lens always looking back and being looked at, not by the face, but by the breasts, buttocks, heels, toes, shins, spines and throats, unhurried and happy to give that which can’t be taken. – Whitney Hubbs

n head over to La Cienga…

Recently, Anthony James has focused his attention on a series of totemic aluminum sculptures, polished to a reflective luminosity, that play with the metaphysical polarities of presence and absence, being and nonbeing. ‘Untitled (Five Solid Circles)’ draws the viewer in with mirror-like surfaces that reflect or distort the viewer and the surroundings, suggesting the notion of continuous space and light.

Two reflective sculptures from the ‘Shotgun Painting’ series are a different form of transformation altogether, derived from assault with high-powered firearms, fired into steel, transforming the immaterial into the material. The finished works have a restrained, terrifying beauty, belying the violet nature of their creation. 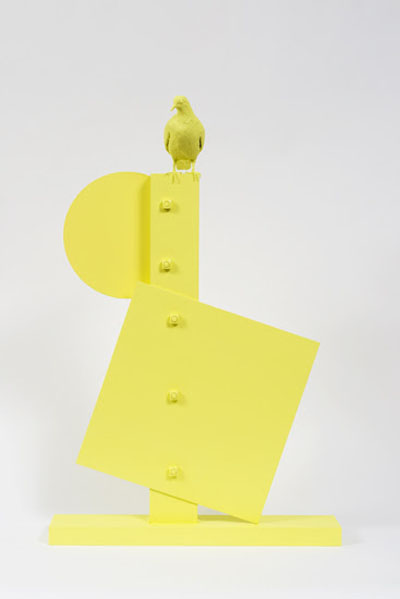 Nathan Mabry has long been interested in (and perhaps suspicious of) individual artistic agency. Instead, he tends to gravitate toward our common history of expression, its peculiarities and befuddlements, as seen in the history of the art object, its power and reception. From this melange, Mabry crafts his own vision, making objects that are at turns singularly expressive and referential, direct and circumspect.

Also opening tonight…”Body Language,” Adam Silverman’s first solo exhibition at the gallery. Silverman is a Los Angeles-based artist with a long-standing interest in architecture and dance. His work begins on the potter’s wheel, in an age-old process of speed, pressure and gravity – a kind of math in motion. The results are elemental geometric forms that combine technical and formal precision with chance. Silverman fires and re-fires his work many times, building up their beautiful and richly tactile glazed surfaces. His resulting works – organized singly or in groups – reflect Silverman’s commitment to the complexities of sculpture, and place his work firmly in both the present and in the 10,000 year old history of people making art out of clay. 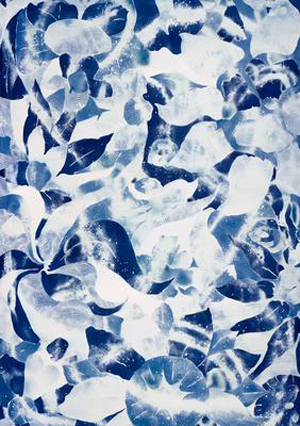 CME is pleased to present “Age after Age,” Aaron Morse’s new exhibition of paintings and watercolors that continue his exploration of landscape as vehicles for pictorial experimentation.

The exhibition title is borrowed from a line in Erasmus Darwin’s epic poem from 1802, The Temple of Nature, which describes creation, evolution, science, and the natural world through rich vocabulary and sublime imagery. This subject matter is akin to the visual themes Morse often returns to in his mountain, ocean and jungle scenes. Morse’s various landscapes depict survival amidst a harsh ecology, the strangeness of inherited mythologies, and perspectives obtained from a distance. Also included in the show are abstract paintings which mimic aerial photography or map-making. Intentionally fictive, they become an imaginary zoom-out setting for the more narrative works of enigmatic time and place.

Bobbi Bennett is known for creating environments either in the studio or on location. Her themes range from Native Americans, Angels, Superheroes, Goddess Icons and Abstract landscape. Karen Bystedt is the founder and photographer of The Lost Warhols brings to life one of the greatest art icons of the twentieth century Andy Warhol. Dijon Hierlehy’s work is focused on the interaction of light as the basic condition of the perceptive human experience. Moussa Sanogo’s spray paintings are playful and adventurous, portraying the amusing and entertaining side of sex. Artist Boris Bezroukov is a truth seeker on a quest for spiritual survival. He does not create based on need, but desire. His feverous demeanor and veracity is contagious, like a BB King blues song. Brayden Art is characterized by the use of engineering and reverse-engineering to alter large scale images with a high level of artistic technical quality.

This exhibition features paintings, drawings and photos from a diverse lineup of 33 vibrant contemporary artists. “Hawaii SWIM 5.0” features the neo-figurative work of Marc Etherington, the imaginative dreamscapes of Kime Buzzelli, the dynamic sports-inspired cutouts of Nathan McKee, the colorful psychedelic abstractions of Jenny Sharaf, and the realistic paintings of brothers Kohshin and Delfin Finley, among others. Yarrow Slaps and Auguste Somers are noted for their strong curatorial skills and this show features some of their latest finds from youth culture and their surroundings.

In Chinatown…stop by Aeterna Gallery (949 Chung King Road, LA, 90012) to celebrate the art of Kamil Vojnar and Heimir Björgúlfsson from 6-8pm. 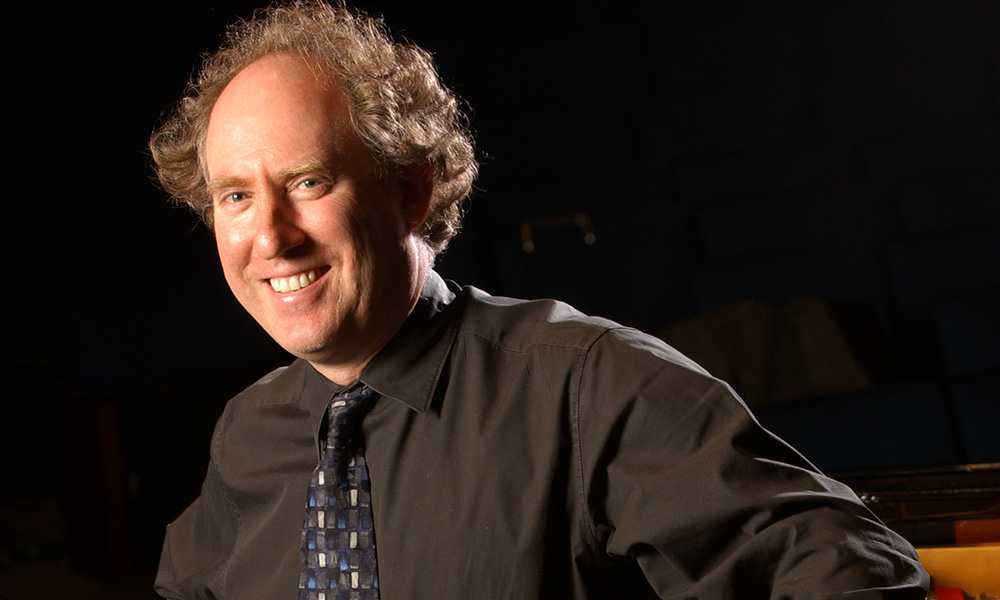 he program also features LACO Principal Clarinet Joshua Ranz on Mozart’s autumnal Clarinet Concerto, written shortly before the composer’s death, and Kahane as both conductor and soloist in Mozart’s turbulent Piano Concerto No. 20 – a compelling feat that is one of the hallmarks of Kahane’s LACO tenure.  Wolfgang’s new work, which features four solo instrument  – flute, oboe, horn and bassoon – was written to honor and showcase the exceptional talents of long-serving LACO principal wind players David Shostac, flute, and Allan Vogel, oboe, both of whom are set to retire at season’s end after 85 combined years with the Orchestra; Kenneth Munday, bassoon, who is celebrating his 40th season with LACO; and former Principal Horn Richard Todd, who played with LACO for 35 years through the 2014-15 season.

Enjoy a concert prelude at 7pm for a pre-concert talk provide insights into the music and artists. Free for ticket holders; As well as after the performance, ticket holders are invited to mingle with friends and musicians at an after-party in the lobby with complimentary drinks and appetizers.

In Santa Monica…enjoy some theater! 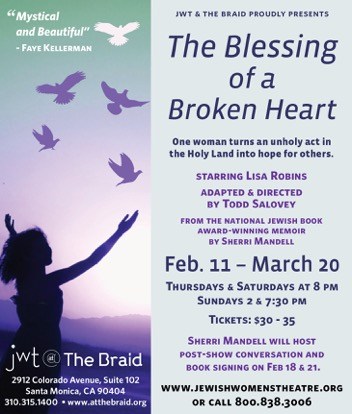 ecipient of the Edgerton Foundation New American Play Award, the Los Angeles premiere of The Blessing of a Broken Heart has inspired audiences to attend more than once to experience such a touching performance.

It is a story of resilience and strength. This Los Angeles Premiere was adapted from Sherri Mandell’s National Jewish Book Award Winner by director Todd Salovey.

Lisa Robins stars as an Israeli mother who experiences a horrific tragedy and is broken hearted, but miraculously not broken. She journeys from crippling grief, to hope and healing. The American Spectator calls Robins’ performance “astonishingly evocative” and a “must see.” This story, about hope, purpose, and recovery, is based on Sherri Mandell’s award winning book about the events that changed her family forever.

The Blessing of a Broken Heart runs Thursdays and Saturdays at 8pm, Sundays at 2pm and 7:30pm through March 20, 2016.