Pan African Film and Arts Festival 2014 is in its third day, (it started on Thursday 13th and runs to Monday 17th at the Baldwin Hills Mall. 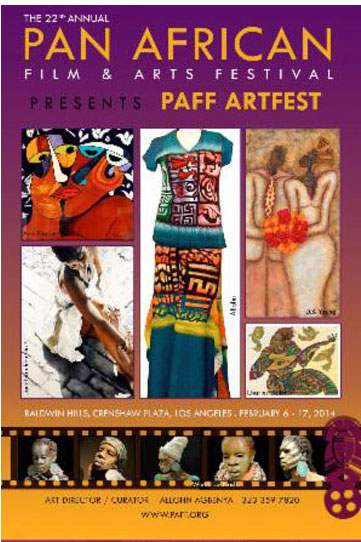 stablished in 1992, The Pan African Film Festival (PAFF) is a non-profit corporation dedicated to the promotion of cultural understanding among peoples of African descent. PAFF is dedicated to racial tolerance through the exhibition of film, art and creative expression.

Over 100 established and emerging fine artists and quality craftspeople from the US and the world over whose artistic aesthetic is rooted in Africa and its Diaspora present their creative works using oil on canvas, watercolor and pastels, acrylic paper, glass, ceramics, metal, cloth, plastic, wax, wire, leather, stone and more.

The art of Zebi will be on view. Stop by and say hi….she’s does beautiful work. You’ll find her across from the store, Forever 21, near the food court.   http://www.zebidesigns.com/

In Santa Monica…at Bergamot Station (2525 Michigan Ave…where the Pick of the Week is taking place), TAG Gallery (D-3), will host an artist talk at 3pm.  http://www.taggallery.net/

Also at Bergamot….Rosamund Felsen Gallery  (B-4) hosts a reception from 5-7pm http://rosamundfelsen.com/ 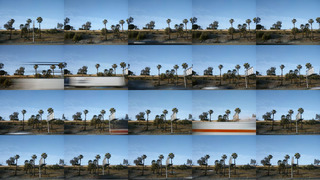 ROSEGALLERY is pleased to announce Robbert Flick: Freeways. Large-scale color photographs will be on view.

Pioneering Los Angeles photographer Robbert Flick is known for working within and furthering the well-established tradition of California landscape photography and for his emphasis on the distinctive urbanscape of Los Angeles. 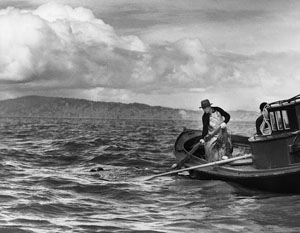 minent among photographers of the American West, especially winter landscapes and the emergence of the modern ski industry, Atkeson also made poetic photographs of the bustling industries gaining momentum in the region during the 1930s, ’40s, and ’50s.

An ardent conservationist as well as an admirer of man’s ambitious rush to embrace modernity, Atkeson’s unique vision combined his affection for majestic, hardscrabble vistas and a fascination with the tumult of this new industrial frontier — resulting in images that are both strange and familiar, dreamlike and indelible, magical and ominous. 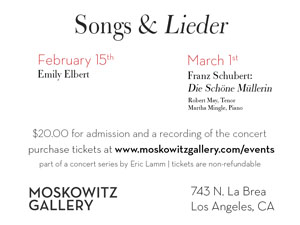 Elbert has performed DIY tours in 15 countries around the world, independently released four albums, and won accolades from sources as diverse as the Washington Post and Glamour Magazine.

Refreshments will be served. 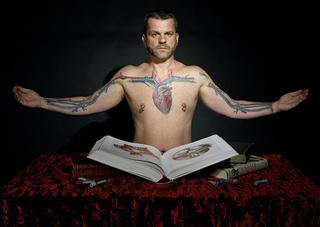 Inspired by Los Angeles’ Musuem of Contemporary Art, Bob Mizer- Tom of Finland exhibition , ROUND HOLE, SQUARE PEG is an effort to find a new visual esthetic for the diverse LGBT community. The show consists of two different exhibits.

The Love Parties will offer the show’s catalog of the entire exhibit at half price $35. 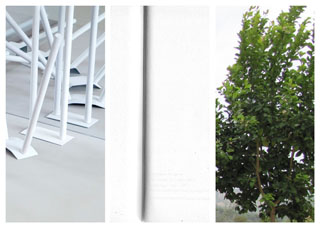 sical Limits is a group of experimental sculptures that Ray Barrie produced between 1967-69, currently being presented as “three-dimensional documentations.”

Using the evidence of drawings, photographs, models and commentary from his archive, Barrie’s aim has been to re-enact a process, rather than reproduce the “original.”

David Lamelas addresses the limits of art’s temporality, and its potential for creating alternative processes of communication and cognition. With Mon Amour, David Lamelas is reconsidering his “Reading Films” of the 1960’s: Reading Film from “Knots” by R.D. Laing, and Reading film from “Labyrinth” by J.L. Borges.

Patrick Killoran’s project Bearings is an exterior installation that advances the artist’s ongoing exploration of American consumerism. Killoran has placed a lemon tree in the courtyard and surrounded it with what might be considered its fruit. In place of lemons he has provided us with an array of yellow consumer products. The lemon tree sits in its original crate; the “fruit” sit below the tree on the ground in an arrangement that mimics the disarray of fallen lemons. 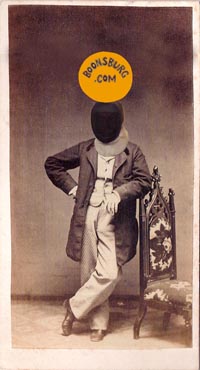 Oft-viewed as a crank by the academic establishment, this special presentation will take a closer look at eb’s controversial-yet-plausible theory. For decades Egyptologists have been incorrectly attributing symbols depicted in the hieroglyphic language as religious icons, when according to eb, they are simply artistic renditions of the actual tools used to build the pyramids.

The exhibit will include reconstructed contemporary working versions of these tools as well as present a fully operating ramp model that demonstrates exactly how all of the oddly shaped “function specific” tools depicted on the hieroglyphs worked together to form a larger assembly line system that enabled the Egyptians to easily roll the massive stones up the ramps.

Another one in Culver City… 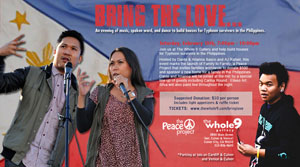 A portion of the proceeds for this music event will help rebuild the Philippines. Refreshments and appetizers will be served.

Thanks for all the great art and art parties. Good luck to the WWA Gallery Staff; Rob, Dave, Callie, Kiyoko, Lin, and Gallery Owner Debbie Weiss. 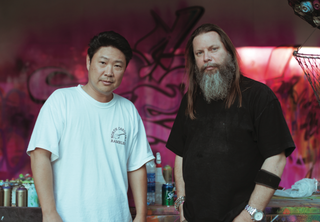 “Innocence Lost” is a show that explores the artist before he or she become an artist.That magical moment, where you are mesmerized by the power and mystic of art. It also explores those pivotal moments when things become all to real.

Risk and Nathan Ota have painted together since they met in high school. They have tried to capture the feeling they had as adolescents embarking on an artistic life long journey.

Then right next door…Keep the art party going….. 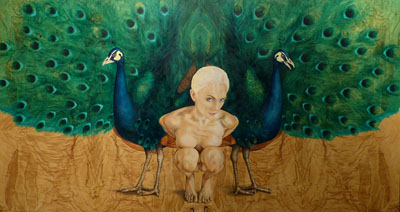 CHG Circa hosts an opening reception for new works by LA based artist, Sarah Folkman. Her solo exhibition “The Burden of Adoration” will be opening on This is Folkman’s most notable body of work to date and it is her first solo exhibition with the gallery.

Folkman is recognized for using exotic woods as her canvas and for infusing nature and the female figure. Her upcoming exhibition will explore a new realm of intense emotion.

Back in the Miracle Mile area… 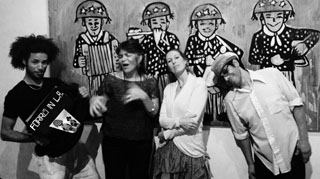 o de Nopal presents, Forró in LA Valentine’s Edition with live music by Môfo Forró {foh-hoh} “for all” is the popular music and dance rhythms from the Northeast of Brazil.

This months event will feature MÔFO – the only forró band in LA Andrea and Fabio teach a free introductory lesson of Forró steps at the event.

Forró In LA dj, Reyes plays 100% Forró, from xote, baião to xaxado!  Come and be part of our Forró in LA! Guaranteed a great fun-forró-festa time!

Original music, with an occasional reinterpretation of the vaguely familiar. No cover.

Enjoy some tasty food with Luckett….Showtime starts at 8:30. He’ll be playing three sets.