Nestled among the eclectic shops of the Malibu Country Mart, with the idyllic Malibu Lagoon State Beach as a neighbor, Sorenity Rocks Malibu Gallery is the ideal venue for new works by noted fine art photographer Maureen Haldeman. The exhibit, entitled CRYSTALS AND WAVES: A Photographic Exploration of Synergy Between Land and Sea, curated by gallery owner Lenise Soren, pairs works from Mrs. Haldeman’s Liquid Light series with museum-quality crystals. 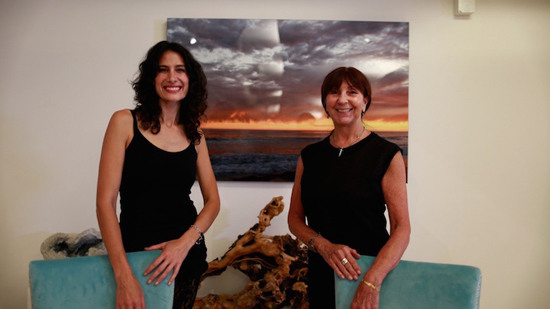 The gallery, an interactive crystal wellness space and performing arts sanctuary, is pervaded by a sense of serenity and peacefulness mirrored in Mrs. Haldeman’s subject matter, the inherent beauty in light and nature. As an artist, she strives to not merely capture a mirror image of what she sees, but rather to convey emotions. This body of work in this exhibition, produced predominantly using archival dye sublimation on aluminum, revisits the transformational, spiritual and physical qualities of the ocean – subject matter the artist has frequently explored.

The premise of the exhibit is unique. Crystals are carefully paired with art in distinct vignettes which range from dramatic to soothing, eliciting a broad spectrum of emotional responses from the viewer. While each of the fourteen displays conveys a different vibe, from fiery red sunrises mated with citrine to soothing, muted horizons paired with amethyst, all are sublime. Both curator and artist agree the crystals and art amplify each other in symbiotic relationship, and as an independent viewer, I was drawn in by how the texture, tone and hues of the art and crystals interplayed to create something larger than the individual pieces. 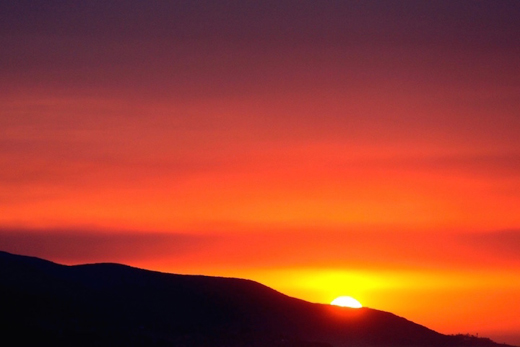 Debut by photographer Maureen Haldeman; photo courtesy of the artist

The exhibit represents a significant departure from Mrs. Haldeman’s previous work, as she is exhibiting pieces much larger in scale, including pieces as large as 40″x60″. The artist attributes this to the influence of Ms. Soren as a designer and curator. When asked about her role as influencer, the gallerist explained, “I fell in love with Maureen’s work the minute I saw it, but I knew immediately I wanted to see it much, much bigger.” In addition to the large crystals and art featured in the exhibit, Sorenity Rocks offers a wide variety of crystals and jewelry in all price ranges, as well as two signed fine art publications by Mrs. Haldeman, Liquid Light and Malibu Metallica.

The well-attended exhibit opening, held Saturday, August 19, featured the smooth jazz of the Keelan Walters Duo, light refreshments and the antics of gallery resident, Merlin the Crystal Wizard Cat, who captivated the attendees almost as much as the inspirational exhibit of CRYSTALS AND WAVES. For additional info about the artist visit her website at https://www.maureenhaldemanphotography.com/

The exhibit runs thru September 24. The gallery is located at 3939 Cross Creek Road, Gallery c110 in the Malibu Lumber Yard Plaza. http://sorenityrocksmalibu.com