Written Phyllis Osman  – I heard about the Chocolate and Art Show about five years ago when it first came to Los Angeles. It was initially posted on Facebook with well over 3000 people attending! I never heard of an art show drawing in that many people. I was Intrigued by the fact that it combined chocolate and art, which are two of my favorite things. I told a couple of friends about it, and we made our first attempt to find the Vortex located in DTLA where the event was being held.

Photo courtesy of the Vortex

The Vortex is a multi-use community center that hosts meetings and events for many worthy causes. The line went around the block and we couldn’t find a parking space, so we passed. Fast forward to three years later. My friends and I decided to finally go back down and check it out. Luckily, we found parking not too far from the venue and got through the line quite quickly!! We were given miniature Hershey bars as an entrance token. 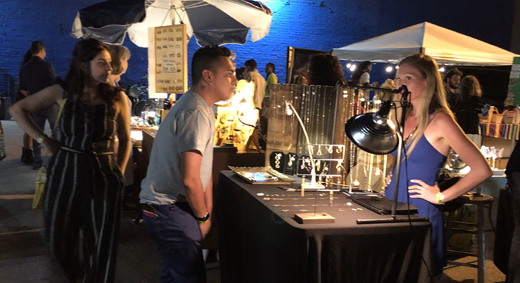 Once we were in, we saw several food and art vendors in the outdoor area. One artist Jamie Proia of Crystal Visions Jewelry created beautiful designs using crystals (see photo above). Other vendors featured original art on clothing. Live Mexi-Cali pop music was playing. 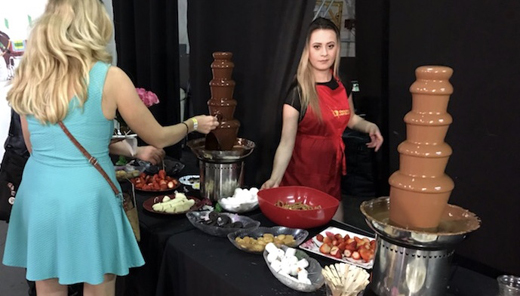 Once I entered the main building where most of the art was on display, I saw an eclectic mix of urban and contemporary art scattered throughout the room. I was immediately drawn to the chocolate bar area where they had two chocolate fountains of light and dark chocolate with your choice of dipping treats, including bananas, strawberries, marshmallows and cookies. Yum! Two chocolate vendors had their chocolate on display for purchase and were giving out samples. Chocome: Custom Dark Artisan Chocolate, (seen in the photo below) was especially delicious. 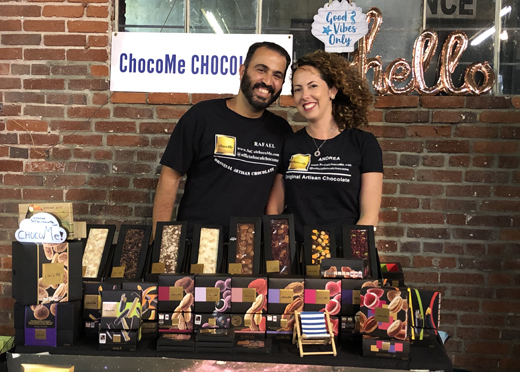 One of the first paintings that caught my eye was from artist Richard Bell. It was a portrait of two different women that he captured so exquisitely. Richard suffered a traumatic injury back in 2002, which resulted in him being a quadriplegic. With some guidance from another friend with a spinal cord injury, he started drawing again. Applying paint to canvas and seeing his works come alive has been pivotal to his continued recovery. 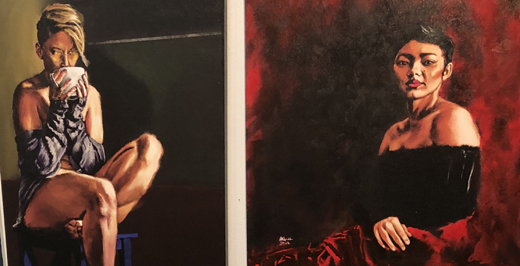 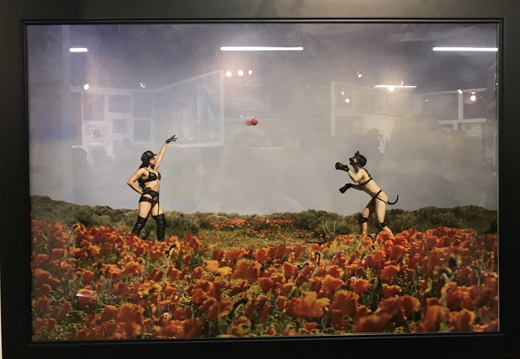 Then I walked near the entrance, where I spotted a nice set of eclectic neon digital pieces of artwork by artist Je’free, creator of Gender Free Arts. 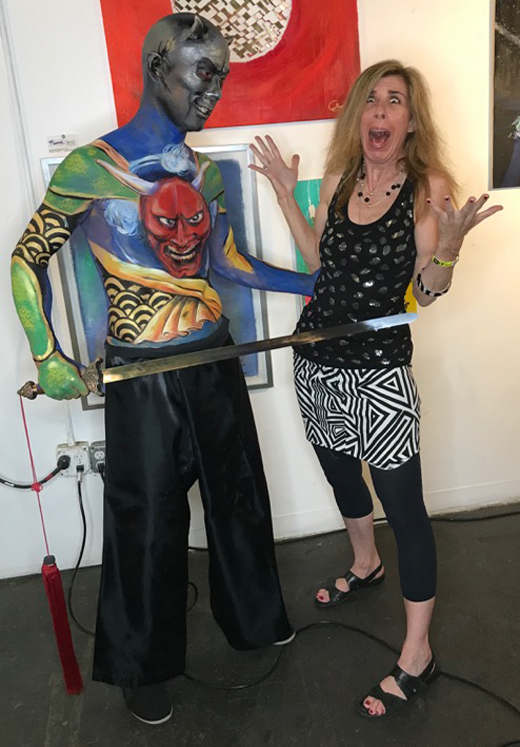 There were many other creative, paintings and photographs on display by local artists. Several artists were doing live painting such as Amy Hua with her enchanting surealistic style. I was equally impressed by the work of additional artists such as Andrew Pisula and Lena Saleh of Phyx Brand.

Miho of Rainbow Painted Smiles was body painting on a model. It was a Devilish creature that captured me! See photos of me (Phyllis Osman) with my new friend! 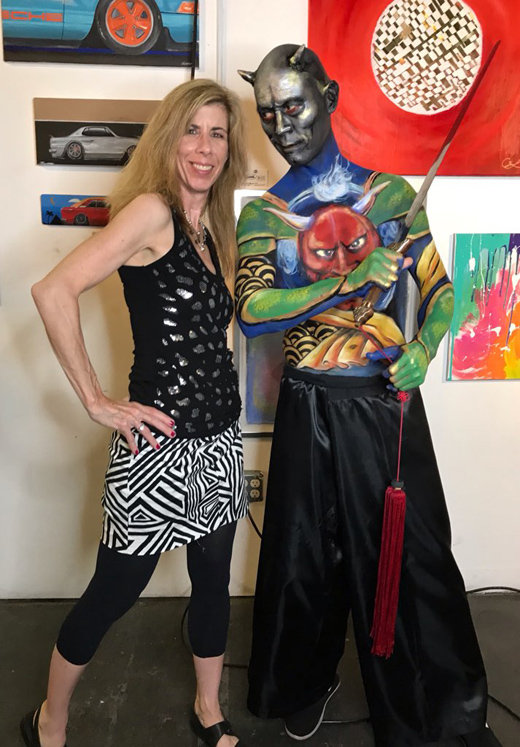 After my fill of chocolate and art was complete, I walked outside and heard another live band playing called Que Diablos. The place was still brimming with people. It was 11:30 at night.
The Chocolate and Art Show contributes to positive social change by building a network of artists of many mediums, collectors and art enthusiasts, who come together for two nights to support local business and celebrate local arts, and also to help raise awareness for Artists for Trauma, a nonprofit dedicated to enriching the lives of both civilian and military trauma survivors by pairing recovering patients with established artists from various creative disciplines.

The Chocolate and Art Show is an underground show that originally began as an event which gave locals something fun and unique to do. It started in Los Angeles and has now expanded into major cities throughout North America and Canada, and even into Puerto Rico. 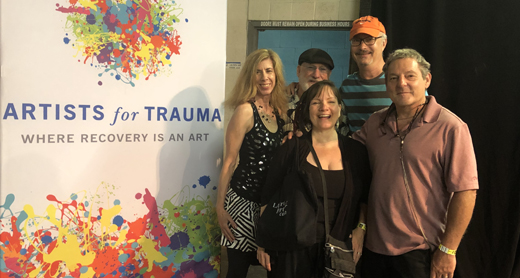 Find out more about the Chocolate and Art Show on their website – https://chocolateandartshow.com/