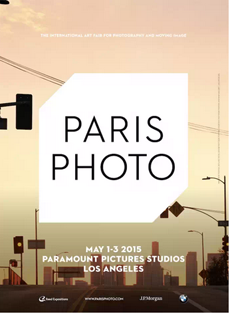 Our Pick of the Week takes place all weekend long (May 1-3)….Yes it’s the third year of Paris Photo Los Angeles! The event takes place on the New York Street Backlot of Paramount Pictures Studios in Hollywood and will feature 79 premier art galleries and specialized art book dealers from all over the world.

Created in 1996, Paris Photo is the most prestigious art fair dedicated to historical and contemporary photography. The fair takes place twice annually at the Grand Palais in Paris the fall and at Paramount Pictures Studios in Los Angeles in the spring.

Hosting exhibitors from 17 countries worldwide, the 2015 Fair’s focus will be made on presentations dedicated to the work of one artist with over 30 gallery solo shows, highlighting both emerging artists and cutting edge young galleries.

Paris Photo will present the INTRODUCING! Young California Photographer Award, in partnership with J.P. Morgan Private Bank. This award will provide an opportunity to identify the talents of tomorrow and honor the work of one M.F.A. candidate enrolled in an art school in California. The finalists and award winner will be exhibited at the Fair.

After the success of last year’s UNEDITED! Archives of the LAPD exhibition, the program returns with CALIFORNIA UNEDITED! unveiling an exceptional collection of 19th century photographs from the R.J. Arnold Archive, curated by Anthony Lepore and supported by amanasalto.

Many Los Angeles galleries will be pa 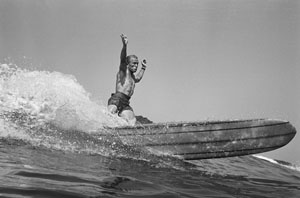 The booth will feature over fifteen color and black and white works focusing on what many consider to be the golden era of surfing—the Sixties and Seventies—and marks the debut of Grannis’ large format black and white estate photographs.

On Friday afternoon at 3 pm, stop by the Craig Krull Gallery booth (C5) where Michael Light will  be signing copies of his new book, Lake Las Vegas/Black Mountain. 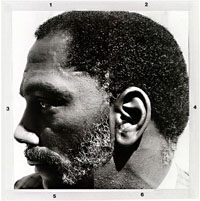 HAN RATHER (S) IDEA BE CAN PHOTOGRAPHY FOR BASE A <——,” a solo exhibition of work by Bay Area-based conceptual photographer Lew Thomas. The title of Cherry and Martin’s exhibition is taken from Lew Thomas’s 1972 work, NOTES, one of the ten or so pieces included in the artist’s landmark Reproduction of Reproductions series.

The Fair program also includes the SOUND & VISION conversation series, organized by the independent curators Douglas Fogleand Hanneke Skerath. SOUND & VISION will offer visitors a wide array of intellectual perspectives on the use of image from some of the leading international artists and curators working today. This edition is made possible by the support and participation of its partners as well as its host, Paramount Pictures Studios. 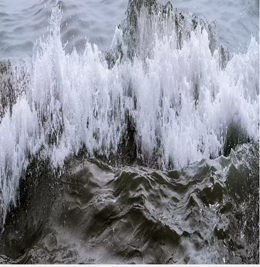 cme will be participating in this year’s event.

Enriched by the unique artistic environment of these two cities, Paris Photo offers its visitors (over 76,000 for the two fairs in 2014) an unsurpassed experience in two historic locations with over 180 exhibitors from over 24 countries worldwide representing the most current trends in photography today.