Our Pick of the week is TAG Galler

y’s ninth annual California Open Juried Exhibition. Get ready for a fun art party and come celebrate the artists and the work!

Juried by the renowned artist Laddie John Dill, this year’s annual exhbition and opening reception will feature an awards ceremony at 6:15pm. The Chairs at TAG will speak, then Dill will take his turn offering insights and revealing his process about how her chose the selected works. Then the awards will be given out.

I had a chance to speak with Dill and he gave me a preview about his thoughts on TAG and the annual open competition and exhibition. “I think the California Open is a great way for artists to debut,” explained Dill. “I also like TAG’s approach. I picked 50 plus artists out of 2000 entries. My criteria was the ability to draw at the same time working with issues that question what art is.”

Here is some more info about TAG and Laddie John Dill direct from TAG Gallery: 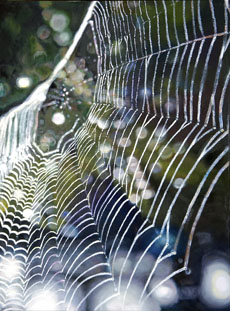 Interest in the California Open has been on the rise since TAG Gallery moved to its current
location in Bergamot Station in 2009. 540 artists entered the juried show and 53 artworks were selected from 1,997 entries.

Juror Laddie John Dill, a prominent Los Angeles artist for over three decades, had the daunting task of choosing from nearly 2,000 original works in a wide array of media.

Dill commented on his choices, “I felt I had to find a criteria in which to set up boundaries, so that I could make intelligent choices that were relevant to each individual work. Not an easy task.” Of the works accepted, “The most impressive element in the submissions was the level of quality contained within the multitude of media and the way they were individually and personally employed,” says Dill. As a group,” I feel a healthy diversification of the definition and approach to art ­making, whether it be a self­ portrait in oil or a social statement in technology.” 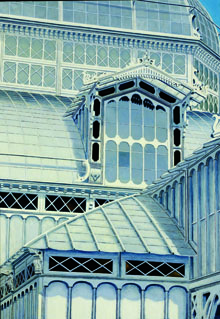 Dill attended Chouinard Art Institute, Los Angeles where he received his BFA in 1968. Dill’s uses a variety of media, focusing on light against natural elements­ cement, glass, metal, and oxides. Robert Rauschenberg, Jasper Johns, and Robert Irwin were mentors and early supporters of his work.

Dill’s work has consistently moved the borders of fine art throughout his daring career. Laddie John Dill has had over 100 solo and group shows. His work is widely collected, both public and private, and can be seen in over 25 museums throughout the world. He currently works and lives in Venice, California. 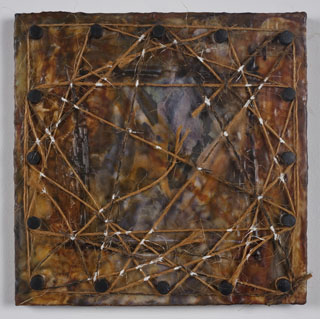