Skip to content
Pick of the Week…Art Los Angeles Contemporary, the Place to Be this Weekend!

Our Pick of the Week is Art Los Angeles Contemporary, which takes place all weekend and

features over seventy international galleries. It’s the fifth year for Art Los Angeles Contemporary which is returning to the Barker Hangar in Santa Monica….from January 30 – February 2, 2014. The event will feature an eclectic mix of both established and emerging galleries from all over the world with many of our West Coast favorites.

“This year ALAC is proud to welcome new exhibitors from New York, Berlin, Paris and Rome, alongside our prestigious roster of returning exhibitors and the most current emerging galleries from across the west coast,” said Tim Fleming, ALAC director. “ALAC makes January the moment for people in this city to engage with art, and for an international audience to support and engage with our cultural landscape.”

This year’s event will feature a comprehensive programming series, including artist talks, panel discussions, film screenings and performances. Attracting over 12,000 art lovers, the Art Los Angeles Contemporary Fair is the place to be this weekend!

Ibid Projects (London) will show three new large-scale paintings by Christian Rosa. The Vienna-based artist employs an approach to painting that reduces decision making to the limitations of his physical actions.

David Kordansky Gallery (Los Angeles) will present a solo project from Los Angeles artist Ruby Neri, whose figurative sculptures and ceramics were featured in the Hammer Museum’s Made in L.A. biennial.

MONITOR (Rome) will be a featured gallery at the show spotlighting the work of Nathaniel Mellors for his first showing in Los Angeles. Concurrent with his upcoming exhibition at the Hammer Museum, the gallery will premiere Mellors’ new short film “The Saprophage” as part of an installation including digital prints and paintings. 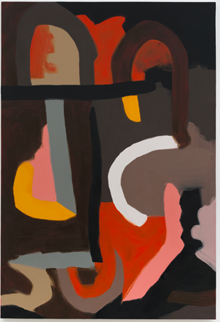 Société (Berlin), reflecting the gallery’s strong, visually diverse program, will show a new black and white painting from Ned Vena comprising six canvases and C-print installation from Josh Kolbo, as well as a group of biomorphological Axe-Effect sculptures from Timur Si-Qin specially produced for the fair.

The Rema Hort Mann Foundation, which has supported emerging artists in New York since 1996, will announce the next round of grantees of its LA Artist Initiative at ALAC. In its second of three grant cycles, the Foundation will award eight artists in the Los Angeles area unrestricted grants and additional opportunities for financial support through the City of Los Angeles Department of Cultural Affairs. Prior grantees of the LA Artist Initiative include 2014 Whitney Biennial artists Emily Mast and Miljohn Ruperto. 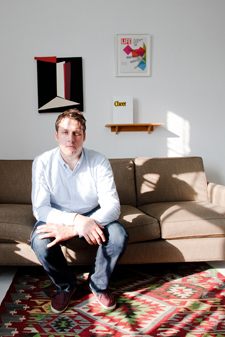 Art Los Angeles Contemporary is produced by Fair Grounds Associates, founded by fair director Tim Fleming. Participants present some of the most dynamic recent works from their rosters of represented artists, offering an informed cross section of what is happening now in contemporary art making. Special events are staged on site at the art fair as well as throughout the city in satellite locations.