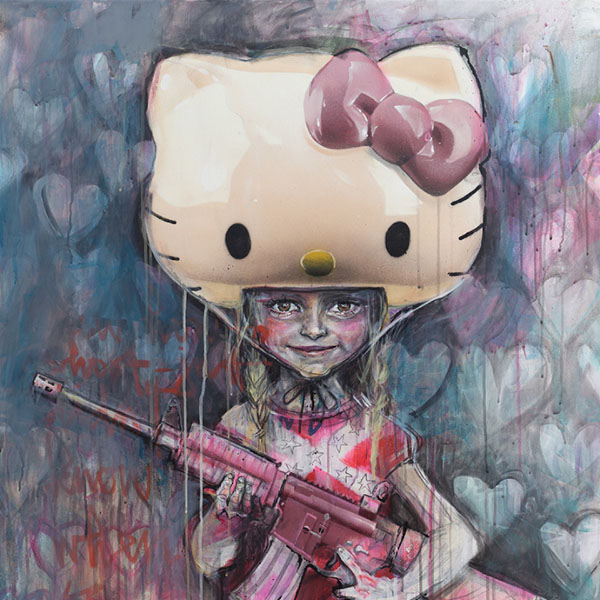 If you have not checked out the gallery’s new location in downtown LA……it’s fabulous.

With “Masters Of Wrong,” Leading German graffiti artists and storytellers HERAKUT continue to, in their words, “draw attention towards problematic social issues, personal ones or those of global scale.” Their own beliefs are inspired by a certain kind of optimism, “for as long as we can see the problems in front of us, we stand at a good enough distance to still fix it.'”

After joining forces in 2004, HERA (Jasmin Siddiqui) and AKUT (Falk Lehmann) merged their names and styles to collaborate as HERAKUT. Since then, the duo have been painting murals all over the world, along with additional work on canvas, paper and film for gallery and museum shows. Beyond international exhibitions around the world (France, Gaza, Germany and Jordan, among many others), live festival showings at Glastonbury (U.K.), Coachella (U.S.) and an appearance at the Happy 80th Birthday, Dalai Lama celebration (U.S.), this marks HERAKUT’s debut solo exhibitionat the Corey Helford Gallery and first in their new downtown Los Angeles gallery. In advance of the “Masters Of Wrong” exhibition, HERAKUT will paint a mural on the exterior wall of the gallery.

Though Japanese artist Miho Hirano and American painter R. Leveille come from two different worlds, their paintings arrive at an alluring vision of the human spirit. Through feminine and vibrant imagery, their collective works explore each artist’s emotions and sexuality in the context of the modern and natural world. 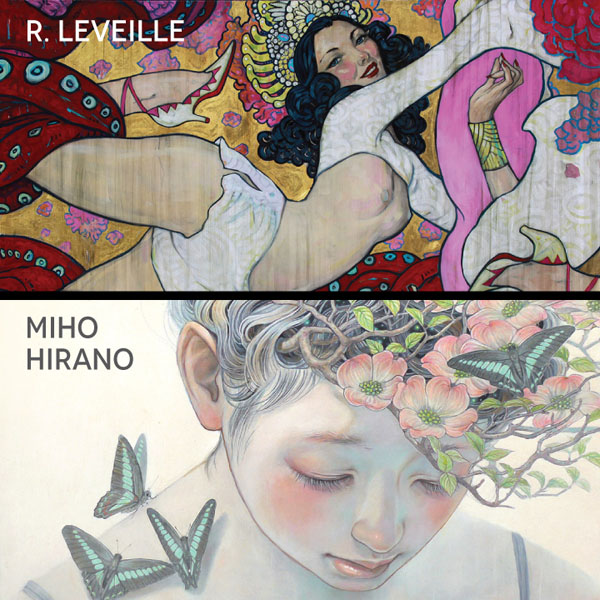 orking out of her studio in Massachusetts, R. Leveille creates modern and sexy images of figures that luxuriate in a garden of another kind, reclining on lofty flowerbeds or in modern day salons like fashion-forward goddesses. Leveille’s exhibition titled “Savage Garden” presents a series of fourteen oil and mixed media paintings that delve into colorful new territory.

Living and working in Chiba, Japan, Miho Hirano finds herself close to nature that is akin to the delicate beauties portrayed in her paintings. For her first major exhibition, “Beauties of Nature,” Hirano has created a series of ten new oil paintings that express her dream world where humans and nature coexist.

Ray Caesar ‘Aria’s’ “The Women: Selected Works” will remailn on view…be aware this is Not an opening.

Music will be provided by KCRW/Sirius XMU DJ Chris Muckley.