Skip to content
Pick of the Week…CES Gallery Celebrates the Art of Maja Ruznic this Saturday!

Our Pick of the Week takes place downtown at CES Gallery. “The Wailing Sister” is a solo exhibition featuring Artist-In-Residence Maja Ruznic.

Here is more info about the event and residency program from the gallery: CES Gallery is pleased to present the inaugural CES Residency exhibition, The Wailing Sisters, a solo presentation by 2016 Artist-In-Residence Maja Ruznic. 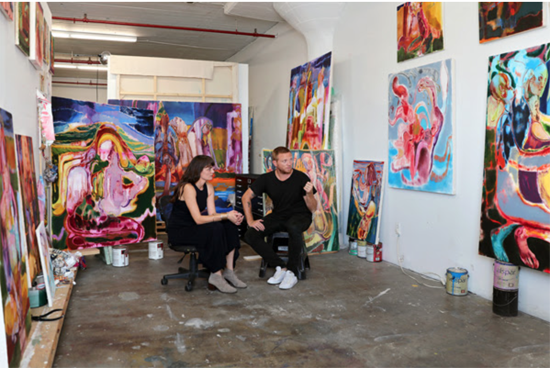 Artist-In-Residence Maja Ruznic, a prolific and active artist, is primarily a painter, a storyteller who conjures form and narrative from ground up mineral, smeared oil, and stained canvas. Born in Bosnia and Hercegovina in 1983, Ruznic immigrated to the United States with her family in 1995, settling on the West Coast where she eventually went on to study at the University of California, Berkley, later receiving an MFA from the California College of Arts. Ruznic’s often-quoted biography – a refugee who escaped the Bosnian War – is only the beginning of her journey. Ruznic’s vivid paintings speak for themselves, depicting figures that seem to emerge from the caverns of human history, from within their own supports, and somehow from within the viewer’s own recollections. 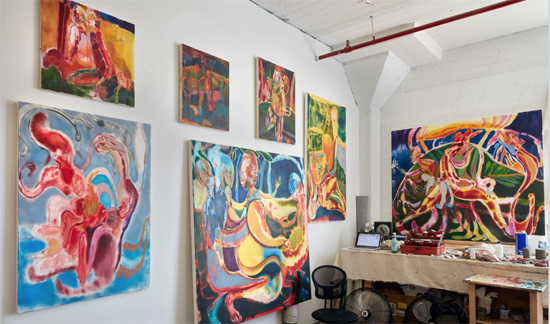 See image: Maja Ruzic, Getting All The Nots Out

These paintings breach something intrinsically human and Ruznic guides us deftly with dark humor and complex representations, not dissimilar to Werner Herzog’s wry, but poignant 3-D documentary depicting the oldest painted images in the world. The power of Ruznic’s vision can be evidenced in her myriad accomplishments: she has recently shown her work at Carmen Wiedenhoeft Gallery in Denver, Galeri G-Art in Istanbul, MASS Gallery in Austin, Galerie Ernst Hilger in Vienna, Arc Gallery in San Francisco, and locally at Charlie James Gallery, the Torrance Art Museum, Shulamit Nazarian Gallery, and most recently as part of MAIDEN LA. Ruznic’s work has been written about extensively, most notably in Juxtapoz, San Francisco Bay Guardian, Studio Visit Magazine, and twice in New American Paintings, including the cover as selected by curator Anne Ellegood.