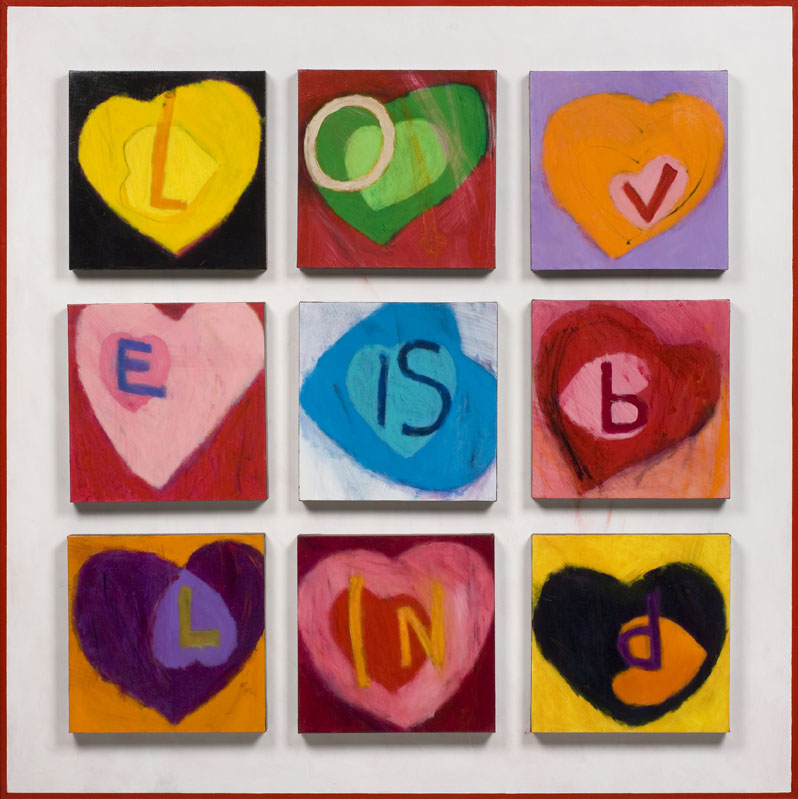 sure to pop by the Michael Stearns Gallery and enjoy its annual Valentine show, “Love and Other Considerations.” This year’s show features over thirty artists along with a variety of mediums. In addition to being a curator, Stearns is also an artist and also contributes some of his own work for the exhibit.

I asked him what inspired the annual show, Stearns replied, “Valentines day…with all the trimmings, the good, the bad, and the ugly…the proposals, the disappointments, and broken hearts. No day has more expectations and opportunities and marketing woven into to it.”

Photographer Scott Tansey features a photograph from his Rose series…. it’s gorgeous! He told me what inspired the series. “Unlike this year, 2011 had plenty of rain. The phrase “April Showers bring May Flowers” is true. I always have thought that roses are so sensuous. So, I walked around the neighborhood, went to the Exposition Park Rose Garden and Desconsas Gardens in La Canada. There I was able to take images of roses right after a rainstorm with natural water drops. 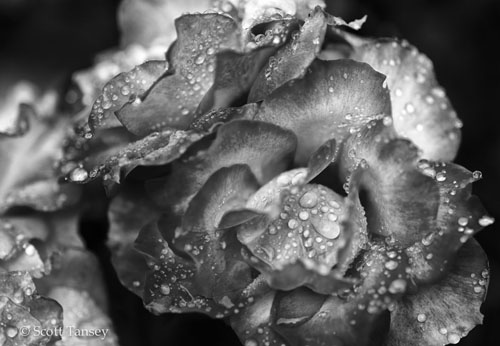 Stearns chose one of Tansey’s black and white photos for the love inspired exhibit. Tansey continues, “It was an experiment that I delved into deeper as I explored how different roses look in black and white. It gave a different view of roses, because so much of a rose’s appeal is its color. In black and white, the shape became more important.” 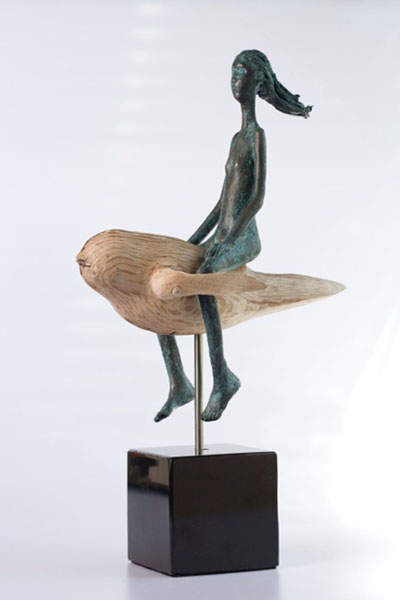 Artist Hadiya Finley also participates in “Love and Other Considerations.” She will have a couple of her sculptures in the show. If you don’t know Hadiya’s work, it’s simply breathtaking. Her sculptures have such a soulful innocence to them…

Finley is currently in China. She has been traveling back and forth for the past few years and has apparently made quite an impression…She was commissioned to create a public artwork entitled “Tree People” in the Northern part of Guangzhou. The unveiling took place in January and she is continuing to accolades for her work. She continues to create new works in China and has shown at Fei Gallery in Guangzhou.

She is due to come back to the states to Fort Wayne, Indiana for the unveiling of her next project entitled “Sculpture with Purpose” (a bicycle rack sculpture of a runner) at Purdue University. 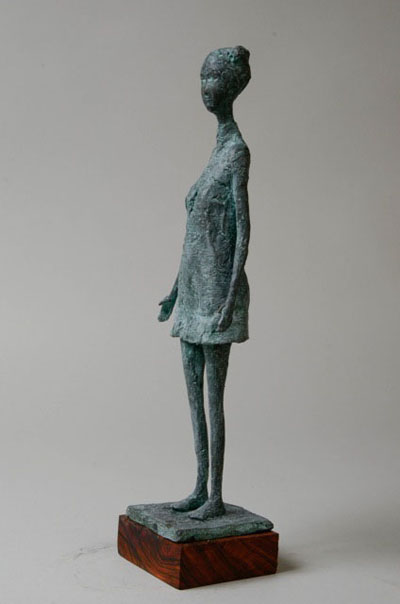 You may have seen Finley’s art at bG Gallery in Santa Monica. She was part of the Objectified II group exhibit and sold one of her works on opening night. For more information on the Finley, see her website at http://www.barefootbird.com/