In celebration of M 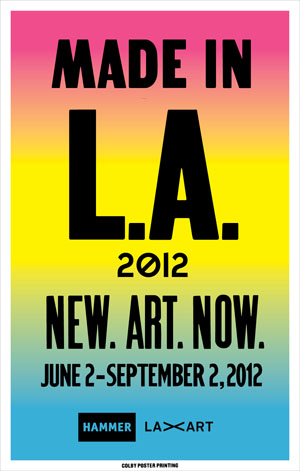 ade in L.A. 2012, the Hammer and KCRW 89.9 FM present Made in L.A. Music, seven Thursdays of free music at the Hammer Museum. KCRW DJs take up residence in the museum’s courtyard, selecting sets inspired by Made in L.A. and representing the wide array of music created in this city.

Made in L.A. 2012 music series launched Thursday, June 28th with Jason Bentley. It will also feature KCRW DJ Jeremy Sole and a special performance by Made in L.A. artist Scott Benzel at 7:30. Doors open at 7PM and admission to Made in L.A. 2012 is free! Come early to enjoy the cash bar and stroll through the galleries before the festivities begin.

The series runs June 28 through August 9. Here’s the full schedule: