18th Street Arts Center premieres a new commission from artists Dan Kwong and Paulina Sahagun, a collaborative video project that delves into the local history of the Pico Neighborhood of Santa Monica. After over a year of in-depth oral history collection and delving into personal archives, the artists will premiere the first part of their two-part film on June 24, 2021, with a live online launch event to follow on Saturday, June 26, 2021. 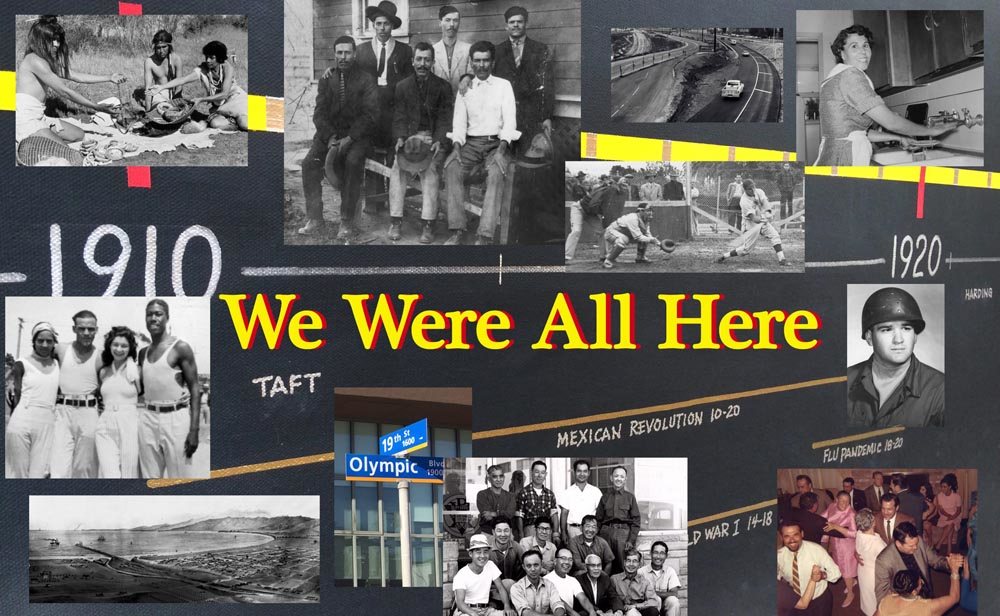 Due to historical discriminatory housing policies combined with economic forces, the Pico Neighborhood—bounded by Pico on the south, Colorado on the north, Stewart St. on the east and 14th St. on the west — was the primary home base for Latino/a, Black, and Asian families in Santa Monica for many decades. Several factors, including the completion of the Santa Monica Freeway in 1966 that would displace 3,000 families and split the neighborhood in half, would change the area forever.

Beginning in 1918, the extended Casillas family that settled around Olympic and 20th Street (”La Veinte”) would be the largest family ever to emigrate to Santa Monica from Mexico. Their story reflects the 20th century immigrant experience, the evolution of the City of Santa Monica, and the making of citizenry.

Using 18th Street Arts Center’s local oral history project Culture Mapping 90404 as a jumping off point, the artists spent over a year researching these histories. Through storytelling, oral histories, archival image collection, and a poetic interweaving of individual and collective experiences, Kwong and Sahagun create a tapestry of imagery and memory that evokes the history of this iconic Southern Californian neighborhood and its founding families with roots across the Americas.

The first part of the film, which focuses on the la Veinte neighborhood up to the construction of the 10 Freeway in 1966, will premiere on June 24, 2021 on this page and via a livestream event called “The Art of Family in La Veinte” on June 26, 2021. The second part of the film, which will focus on community activism in the late 20th and early 21st century as the neighborhood changes, will premiere in early Fall 2021.

The launch event for Part One of “We Were All Here” by Dan Kwong and Paulina Sahagun takes place on Saturday, June 26, 2021 at 5:00pm. CLICK HERE to find out more, or visit the 18th Street Arts Center’s FB Page; CLICK HERE to register for zoom event; https://18thstreet.org/event/we-were-all-here/