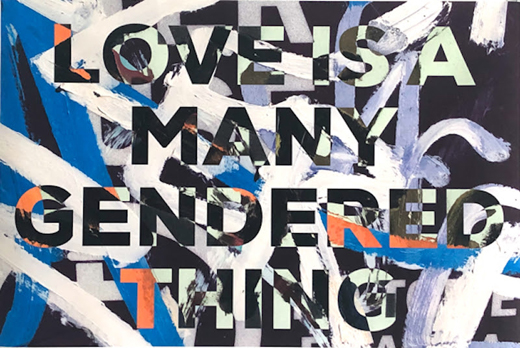 This exhibition features an installation of archival pigment prints on canvas that include mixed-media components. Calling on the artistic tradition of magical realism, the artists utilize in this case fantastical rainbow-hued mythological unicorns to represent all gender non-conforming beings. This show presents a queer non-patriarchal alternative interpretation to the biblical Four Horsemen of the Apocalypse who portend the end of the world in Armageddon. These magical icons instead represent the fiery Armageddon of New York City’s Stonewall riots of June 1969 that marked the beginning of the end of a world of patriarchal institutionalized harassment and oppression of all queer people— a battle that continues to this day.

Lanier Laney & Terry Sweeney are art provocateurs who irreverently satirize accepted societal and political norms. In their new show the art duo utilize what they refer to as their ‘queer outlier pov’ to question the outdated patriarchal myths, propaganda and manipulative commercialization of the dominant culture. Their work utilizes performance art, sculpture, digitally altered photography, painting, and text. The duo received rave reviews for their political and gender skewering by the New York Times, and have been hired as writers and in Sweeney’s case, the first openly gay cast member of Saturday Night Live and went on to become famous for his scathing drag impersonation of First Lady Nancy Reagan.