Skip to content
January 28-31, Art Los Angeles Contemporary Back at the Barker Hanger!!

Art Los Angeles Contemporary, the International Contemporary Art Fair of the West Coast, returns for its seventh edition on January 28–31, 2016, at The Barker Hangar in Santa Monica, Ca

lifornia, the pivotal weekend in Los Angeles’s contemporary art calendar. Drawing over 15,000 visitors in 2015, ALAC continues to reflect the pace of Los Angeles as the fastest growing art market, with rapid expansion as an international force in the art world.

The 2016 edition of ALAC brings together over 70 top established and emerging galleries from around the world, hailing from over ten countries and a dozen art capitals. Many of these galleries show for the first time at ALAC, including Bureau (New York), Christian Andersen (Copenhagen), Galerie Kadel Willborn (Düsseldorf), Kayne Griffin Corcoran (Los Angeles) and MOT International (London). ALAC is delighted to announce a strong presence of exhibitors who return to the fair after successful showings in earlier editions. These galleries include 1301PE (Los Angeles), Michael Benevento (Los Angeles), Shane Campbell Gallery (Chicago), CANADA (New York), David Kordansky Gallery (Los Angeles), One and J. Gallery (Seoul), Tif Sigrids (Los Angeles), STANDARD (OSLO) (Oslo), team (gallery inc.) (New York/Los Angeles), and Rachel Uffner Gallery (New York). The roster of exhibitors includes a dynamic cross-section of influential galleries from Los Angeles, reflecting both the fair’s long-term presence in its home city, and the arrival of the city’s thriving contemporary art community on the international stage.

“This is a proud moment for Art Los Angeles Contemporary as we enter our seventh year,” says Tim Fleming, Director. “Seven years of presenting the best, most influential galleries from Los Angeles, and seven years of supporting a community of artists, collectors, dealers, and institutions that is fierce, intellectually rigorous, and constantly changing and expanding. Even as the fair grows to be more international and varied in scope, supporting Los Angeles remains at our core.” 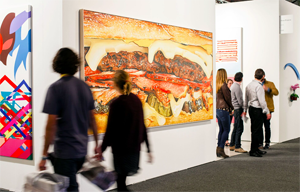 “Now we’re introducing significant new features to ALAC. I cannot think of an individual who’s more thoughtfully attuned to independent publishing than Miriam Katzeff, who will be traveling to Los Angeles from the Brooklyn offices of Primary Information to organize a special section featuring the latest and most compelling artist’s books, editions, and publications. I’m delighted about the renewed energy and focus brought to our talks and lectures program by curator Marc LeBlanc, who will be investigating what is happening now in artmaking in L.A., and presenting a romantic, sharp-toned history of how we got here.

“Along with the release of The Reader, our art newspaper that presents original texts from some of the city’s most engaging arts writers, these features take the ALAC weekend to the next level. We hope you’ll join us.” 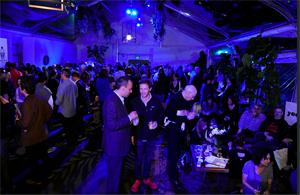 annual art fair has expanded its talks and lectures program. For the fair’s 2016 edition, Marc LeBlanc, Curator of Events & Programming, organizes a robust calendar of public programs that address the changing conditions for artmaking in Los Angeles. Through a series of talks, film screenings, and performances, key figures in the city’s contemporary art scene share how they are “coping with tomorrow,” and explore the resulting narratives of survival that emerge in art. Participants include Norman Klein, critic and urban historian at California Institute of the Arts, artists Charlie White and Andrea Zittel, and project space JOAN. More artists, critics, curators, and gallerists will be announced as they are confirmed. All talks and lectures are held in the ALAC Theatre, Friday, January 29–Sunday, January 31, 2016.

ALAC 2016 marks the release of the Art Los Angeles Reader, the fair’s platform for established and emerging voices in art writing. The free art newspaper engages critically with art on-site and beyond, placing rigor and criticism alongside humor and celebration. Its forthcoming second issue includes themed features and monographic essays by Los Angeles writers whose combined credits include Artforum, Art in America, Cabinet, Frieze, and LA Weekly, as well as printed artist commissions and interviews with artists, curators and gallerists. The Reader is published by Fair Grounds Associates on the occasion of Art Los Angeles Contemporary and edited by Tracy Jeanne Rosenthal.

Art Los Angeles Contemporary, the International Contemporary Art Fair of the West Coast, held annually at Barker Hangar, in Santa Monica, California, is produced by Fair Grounds Associates. Now in its seventh year, the fair presents established and emerging galleries from around the world, with a strong focus on Los Angeles galleries. Participants present some of the most dynamic recent works from their roster of represented artists, offering an informed cross-section of what is happening now in contemporary art making. The fair provides a sophisticated yet accessible environment for art collectors, curators, and patrons of the arts alike to enjoy. 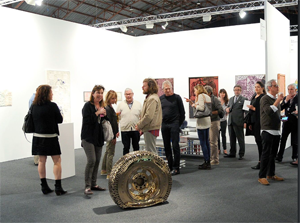