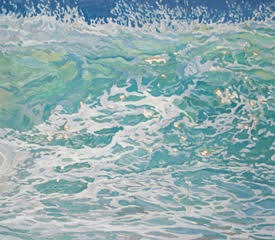 Kevin Short is an Internationally collected painter whose works have been exhibited in museums around the world. In he was honored by the prestigeous Carnegie Art Museum with a retrospective of his work. His bold approach to capturing life’s moments has put him at the forefront of the modern impressionist movement. He has won numerous prestigious awards; best of shows, awards of excellence, and first places. He was featured on the cover of the Los Angeles Times, and as the cover artist for the Surfer’s Journal. Southwest Art Magazine has featured him and his work in many issues; heralding Kevin’s one man exhibitions as “Best of the West”. He has been the featured artist for many other national publications and journals, and has authored “Painting Landscapes In Oils” and “The Art of Oil Painting” for Walter Foster Publishing. Kevin was the subject of the documentary: Documenting the Vibe, And his book “TRESTLES” exemplifies how artists can draw attention to land use and preservation. Kevin was recently included in “California Light- A Century of Landscapes” by Rizzoli Press. 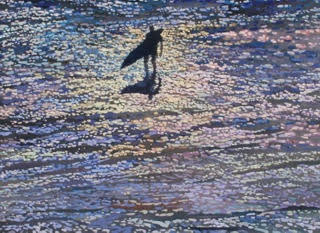 Kevin was raised along California’s coast. Born in San Diego, and growing up in Santa Barbara, his love for the ocean began through sailing, fishing, and spending long days in the surf. Kevin creativity was nurtured in an artistic family in the little California town of Goleta. Years later his studies formalized with oil painting at the University of New Mexico, and Pepperdine University in Malibu. He further distinguished himself by graduating with honors from the Art Center College of Design in Pasadena.