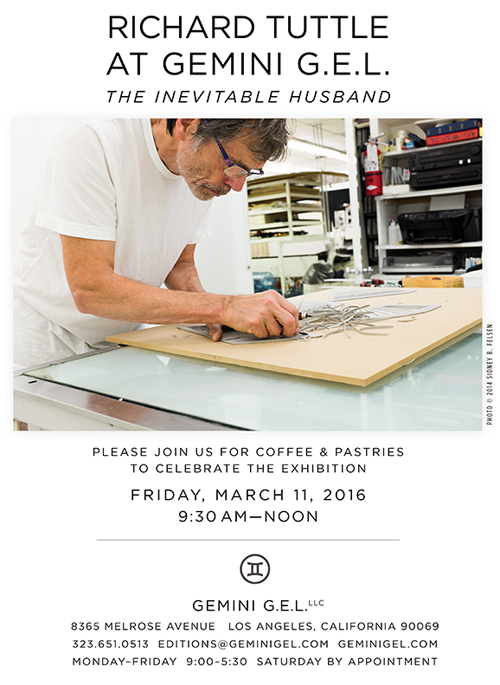 Celebrate the art of Richard Tuttle with a new exhibition titled “The Inevitable Husband.”

Coffee and pastries will be served

The GEORGE ADAMS GALLERY, NEW YORK will present a special exhibition of paintings and constructions by JOAN BROWN (1938-1990) at CB1-G (guest gallery space at CB1 Gallery) IN LOS ANGELES. A survey of eleven self-portraits made between 1970 and 1980, the period during which Brown firmly established herself as an artist with a unique vision, most of the works in the exhibition have never been previously seen in Los Angeles. 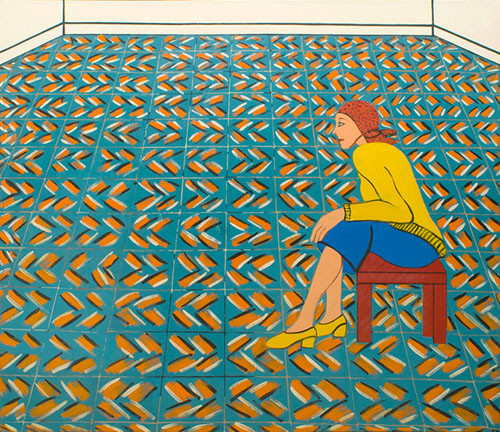 By the early 1960s Joan Brown was already celebrated for her colorful, heavily impastoed figurative paintings, and her work featured in regular exhibitions in galleries and museums across the United States. Yet in 1965, feeling stylistically constrained by her association with the Bay Area Figurative movement, Brown withdrew from gallery exhibitions and retreated into her studio in order to redefine herself artistically. After a hiatus of several years, Brown reemerged with a highly introspective body of work that focused primarily on the self-portrait, depicting herself as she was: a complicated and at times contradictory set of personas. In these paintings Joan is not only an artist but also a daughter, lover, wife, mother, athlete, dancer, world traveler, and mystic, all subjects she continued to explore until her premature death in 1990.