Hauser & Wirth Los Angeles presents “Geta Brătescu. The Leaps of Aesop,” the first Los Angeles solo presentation devoted to the 92-year-old forerunner in the field of Romanian Conceptualism. Her diverse oeuvre – comprising drawing, collage, engraving, textiles, and photography, as well as experimental film, video, and performance – mines themes of identity, gender, and dematerialization, often drawing from the stories of literary figures and addressing the symbiotic relationship between art making and working environments. 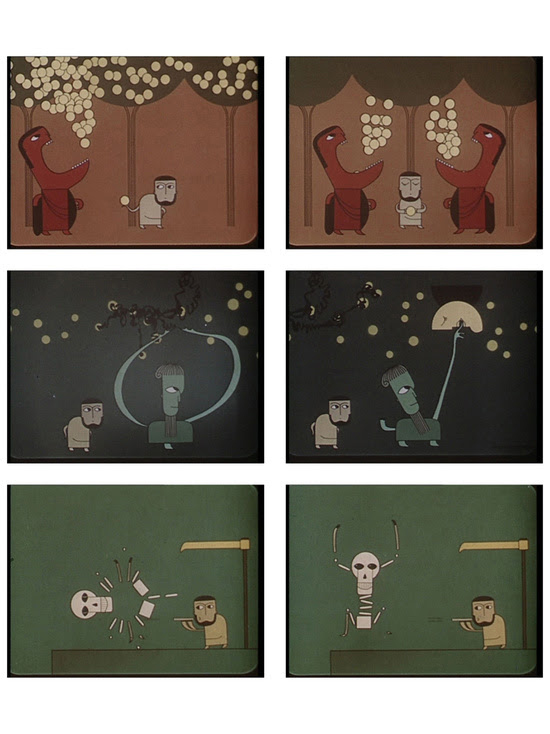 Aesop, the ancient Greek fabulist, serves as a point of departure for this exhibition, which features more than fifty works that span Brătescu’s career. In many ways a fitting avatar for Brătescu, Aesop manifests in the works on view as a symbol of antic irreverence, mocking authority and status. A spirited believer in the role of the artist as that of a disruptor, Brătescu has championed ideas of play and disorder throughout her vibrant practice, remarking, ‘there is much economy and at the same time rebellion in the creation of expression.’

The presentation is a re-staging of the recent exhibition at Hauser & Wirth New York, 22nd Street and is conceived in collaboration with Magda Radu, curator and art historian based in Bucharest, Romania. She curated ‘Apparitions,’ Brătescu’s exhibition for the Romanian Pavilion at La Biennale di Venezia 2017. Special thanks to , for their support and contribution to this exhibition.