The Eli and Edythe Broad Stage in Santa Monica presents the second event of the acclaimed National Geographic Live series during The Broad Stage’s 2019-20 Season – Summit to Sea with Andy Mann, National Geographic Photographer and Filmmaker, on December 19 & 20 at 7:30pm. Dive in and celebrate the ocean with award-winning filmmaker and photographer Andy Mann as he details his transformation from climber to diver and tells the story of our rapidly changing planet, from top to bottom. 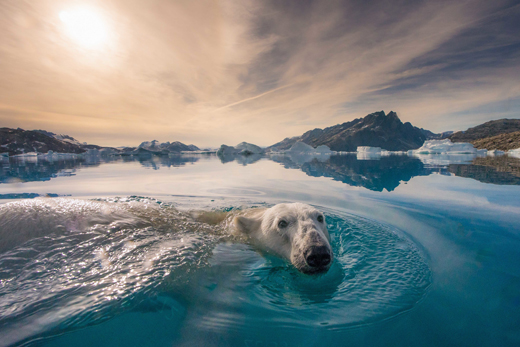 Andy’s journey from rock climber to ocean storyteller involves some remarkable detours and misadventures that prove that field science can be every bit as thrilling as the climbing adventures of his past. He has dived alongside crocodiles, sperm whales, and sharks and survived near misses with icebergs, all in pursuit of his ultimate goal: to shed light on Earth’s incredible ocean environments and advocate for their protection.

He now spends over 100 days a year at sea, documenting cutting-edge marine science and telling the story of our rapidly changing planet—covering all seven continents for National Geographic. His imagery is remarkably memorable, reminding us how the emotion of an image can touch our spirit.

Andy is the co-founder and director at 3 Strings Productions, the commercial and documentary film studio in Boulder, CO and works with clients such as Red Bull, Toyota, The North Face, National Geographic and more. He also a founding member of the Sea Legacy Collective with Paul Nicklen and Cristina Mittermeier.

Admission starts at start at $59 per person. Tickets are now on sale at www.thebroadstage.org or by calling 310.434.3200; Parking is free