Skip to content
On View Now…”Three-Winged Chrysalis” at bG Gallery at Bergamot Station!

Get ready for the “official Grand opening” of bG Gallery at Bergamot Station. In March the gallery opened a second temporary space…however, now it’s become a permanent space. Yeah!!! Gallerist Om Bleicher admits he is very excited…”We’ve had great response to our gallery already and it seems like the location is a great fit for pulling together the aspects of each of our past operations and pushing forward with something new.” 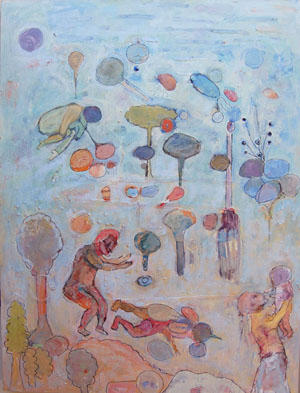 eicher collaborated with Henry Lien, of Glass Garage to find some new artists for the upcoming exhibition, “Three-Winged Chrysalis.” Bleicher continues, “I enjoy showing diverse approaches to explore a theme or concept, it’s a good way to separate it from material. This exhibit has interactive sculpture, photography, paintings, drawings, digital works and bronze.”

Om…also known as Airom is a wonderful artist himself. One of his works, entitled “Mirage Potentiality” will be included in the show.

Originally from Queensland, Airom started creating art at a very early age. As a child, he did not have access to mainstream media. He explains, “I grew up in the bush without a television, so my imagination was always my primary source of entertainment, when I started going to school I used to make up television programs to tell the other kids so they wouldn’t know I didn’t have a TV. This thought process spilled onto many of my creative pursuits including the canvas.”  http://www.airomworks.com/ 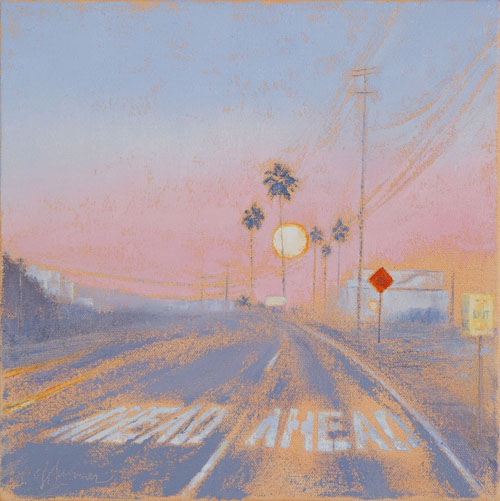 ay Summer Rick has been working with Bleicher for the past five years and will have three works in the group show.

“Om is a brilliant, unique individual who thrives on bringing contemporary cross-genre art to the public. He has this amazingly genuine, positive energy.”

Rick started her life as an artist at an early age. She explains, “My mother was extremely creative and her enthusiasm for the arts was infectious, my father exposed me to fine art in local museums and galleries in New York, and all of my siblings were and are artists. I demonstrated the seriousness of my intent to become a professional artist in my teens by attending art school in New York, receiving a Bachelor of Fine Arts degree.” http://gaysummerrick.com/

Abstract artist Stephanie Visser’s work will also be part of the exhibit. Like most artists, Visser was inspired by several of her teachers. “The most influential person was Mary Winterfield, an artist and educator at Pasadena Art Center, recalls Visser. “She introduced me to abstract and I have never looked back. She has several degrees and studied under Hans Hensche at the Cape School and also at the Art Students League in NYC. 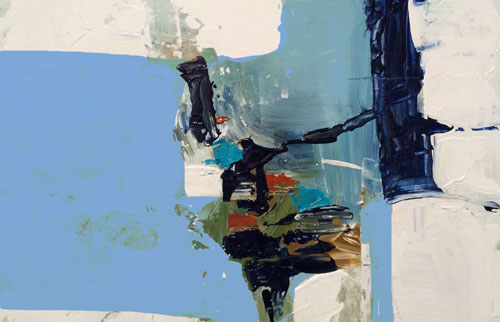 Visser originally started working with watercolors on paper. She explains, “When it was suggested to me that people preferred canvas for it’s archival properties, I started to explore that, but changed to acrylic since it was water based and began by using it in a water color like manner. I have grown into impasto work, working with palette knives and building texture and depth along with transparency.”

Visser will also be showing her work in a group exhibition next month at FABstudio in Santa Monica. http://stephanievisser.com/

Artist Hadiya Finley is finally back in LA, recently returning from Guangzhou, China where she completed a large sculpture for a pubic space. It’s great to have the artist back in LA. This will be the first opening that she can actually attend in quite a while. 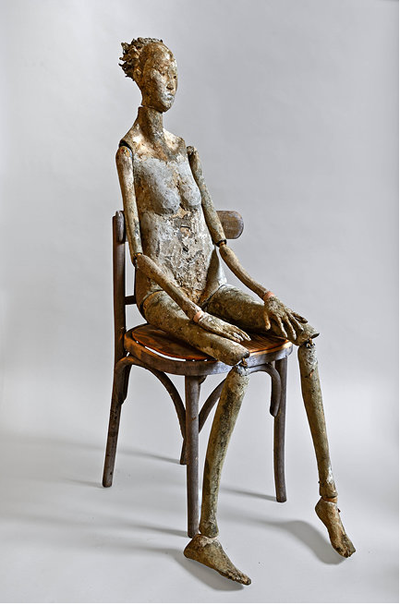 Finley has worked with gallerist Om Bleicher before, and participated in three other group shows at bG Gallery. “The subtle transformations and metamorphosis in Hadiya’s work made her perfect for the theme, cites Bleicher. “There is a sort of magic to her work where the human figure is transformed and merged with objects in nature simply by the figures pose and a subtle twist of the surreal.” http://www.barefootbird.com/