The exhibition is a contemporary look at the stat 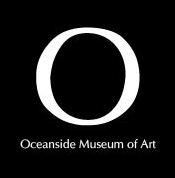 e of the “California Dream” interpreted by 54 artists from California and beyond. Also available with the traveling exhibition is a quality catalog publication of the 54 chosen artworks.

California Dreaming: An International Portrait of Southern California will travel to three top museum/gallery venues over the next year: the Palazzo della Provincia di Frosinone in Frosinone, Italy (Rome vicinity) under the leadership of Alfio Borghese, Gallery Director, October 4 – 28, 2014; Oceanside Museum of Art (OMA), December 6, 2014 – March 29, 2015; and Riverside Art Museum (RAM), April 21 – July 2, 2015. OMA has arranged for a cultural delegation of nearly two dozen to travel to Italy from October 20-29, 2014 in support of this one–year international traveling exhibition. A major public reception for California Dreaming will occur at OMA on Saturday, December 6, 2014 from 6-8 p.m.

“We are very excited about the ambitious vision and high quality of art and artists selected for this extensive traveling international exhibition. I think this exhibition has been interpreted by the three jurors in a very contemporary and updated manner that directly challenges the nostalgic and romantic mid-20th Century notions of the ‘California Dream’,” says Daniel Foster, executive director of the Oceanside Museum of Art. 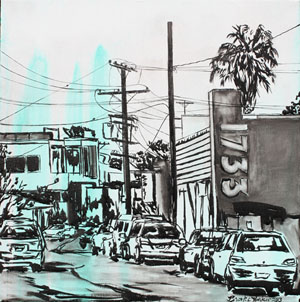