OTO INDEPENDENT is an annual photography art fair held in Hollywood, California, making its inaugural debut at Raleigh Studios in 2014. As the first and only high-visibility platform for independent photographers, PHOTO INDEPENDENT presents a forum for direct exchange of ideas and contacts between photographers, collectors and art professionals. Scheduled to run concurrently with, and next door to, Paris Photo Los Angeles, PHOTO INDEPENDENT provides potential exhibitors with the unique opportunity to present their work to global decision makers — curators, galleries, collectors, editors and publishers — who seek to acquire, publish and commission the best photographic talent today. 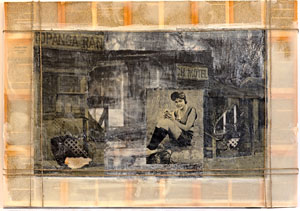 Photo Independent’s honorary guest for its debut show is artist & musician Andy Summers. Titled “Mysterious Barricades,” the exhibition will feature a unique series of black and white photographs culled from the many cities Summers photographed over the past several years, from London to China. Summers will be the Guest of Honor at the Photo Independent Opening Night Preview benefitting the Los Angeles Art Association on April 25 from 7pm-10pm. WIN TICKETS  HERE!!! CODE PHRASE: I Love Photography!!!

EMAIL the code phrase to LAArtParty@gmail.com and you will automatically be entered into a raffle to win two free tickets!!!  See LA Art Party’s FB page for more details. 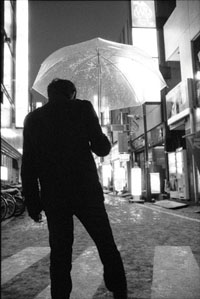 Summers cultivated his photographic practice on the road. Nights after concerts, he headed out into the hearts of Tokyo, Beijing, Singapore, London, or Rome, exploring the world with his camera in hand, capturing the unusual, the odd, the exotic, and the remarkable moment, and transforming his perception of these moments into his own artistic vision. In his unique visual interpretation, the changing environment and culture comes into focus as Andy Summers captures a raw moment, an immediate feeling, scaling the obstructing walls of culture and seeing into the essence of the other world. “My life is full of impulse and movement,” remarks Summers. “My guitar and camera are fixed instruments, the only constants in a world of change.”

Photo Independent will also feature a special exhibition of prize-winning works from The 2013 AX3 – American Aperture Awards, which resulted in more than one thousand entries from sixty-three countries. Top prizes were awarded to Catherine Nelson (Australia/Belgium) for Photographer of the Year, Kelsey Walsh (Australia) and Mattia Passarini (Italy) for Emerging Photographer of the Year, and Nettie Edwards for Mobile Photographer of the Year. Fifty-one winners by category will also be on view. Categories include Professional, Non-Professional, Student, and Mobile with prized awarded to artists for photography ranging from abstract; advertising; architecture/cityscape; collage; conceptual/ experimental; documentary; fashion; landscape/nature; nudes; still life; street photography, and video/moving Images.

Photo Independent, a forum for direct exchange of ideas and contact between photographic artists, collectors and art professionals, will kick-off with Opening Night Preview benefitting the Los Angeles Art Association (LAAA). The 2014 edition of the art fair will also feature specialized programs in partnership with the Los Angeles Art Association and Art Nerd Los Angeles including: panel discussions, lectures, and docent tours. A vetted event, Photo Independent will feature forty national and international photographers including works by noted artists Philipp Scholz Rittermann (U.S.), Robert Tamara (The Netherlands), and Ian Provest (Australia), among others. 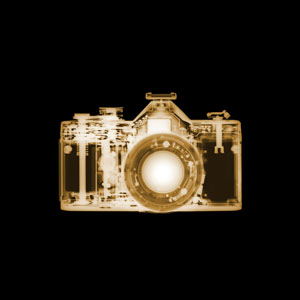