Skip to content
Amidst the Controversy…the Venice ArtBlock Emerges with a Positive Spin!

The Venice ArtBlock may have had a controversial start, but local artists prefer to put a positive spin on it. It all boils down to artists wanting to share their work. At this year’s Venice Art Walk & Auctions, due to a re-routed Art Walk map, several studios of prominent artists were omitted. 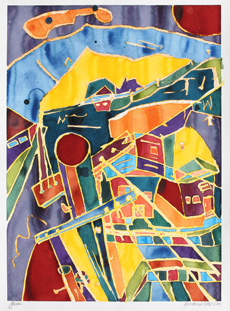 prompted many Venice artists to band together and create the Venice ArtBlock, a FREE event featuring over fifty artists and entry into private studios.

The event was created and organized by the artists as a collective. One of the organizers and artists, Juri Koll, has given much of his time to help create the event. A longtime Venetian, Koll will be showing a new series of frescos.

I had the chance to talk with the artist about his work. “Color is paramount,” says Koll. “They begin with the inspiration of a subject, be it a person, or a political message, or an emotion. They turn quickly into color-based semi-abstractions.” Be sure to stop into his studio at 536 Sunset Ave. http://veniceica.org/ 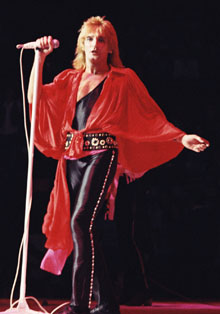 ck photographer Nick Busco has been busy creating a documentary from a backstage perspective. Busco spent years touring with road crews and had the chance to capture rock icons such as Freddie Mercury, Tom Petty, James Taylor, Rod Stewart and more.

Like most artists, Busco insists that inspiration changes from day to day…sometimes coming from within…sometimes being triggered by certain events.

He explains, “I get inspired to grab my camera. It can be a phone call from a friend, a news clip, a song, a comment by my daughter, a smile from my dog.” Photographer Nick Busco will be showing his rock photographs on the back patio of 324 Sunset Ave., where Marty Katon, Venice local has a studio.

Katon has generously opened his space for other guest artists such as Sirpa Baylis, Vicky Val, Audrey McNamarra and more to show their work. http://www.katonart.com/ http://nickbuscophotography.com/

Fine art photographer Helen K. Garber has been shooting Venice scenes for the past two decades. 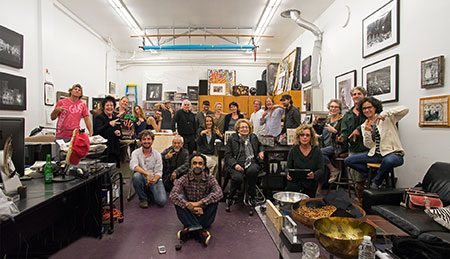 Her studio is located on the Venice boardwalk and she has witnessed first hand the gentrification of Venice.

“Any artists still able to afford to maintain studios in Venice deserve any support they can get,” says Garber. “We all have to work twice as hard to be able to remain.”

Francisco Letelier another key artist and organizer on the team. Here’s his take on it…”Year after year, artists in Venice imagine and influence the world. In a sense they are the most valuable resource it has to offer. ARTBLOCK nurtures a vibrant and independent arts culture, offering us a Venice community that is renewed and re-imagined.”

Irish artist Gary Palmer landed in Venice fifteen years ago. Due to his involvement with the ArtBlock, he has had the chance to meet new artists and be inspired by trusted colleagues. “Billy Attaway is a quintessential Venice character who embodies the creative spirit of the place,” says Palmer. “He’s been something of a long time inspiration to myself and many of my generation of Venice artists.” 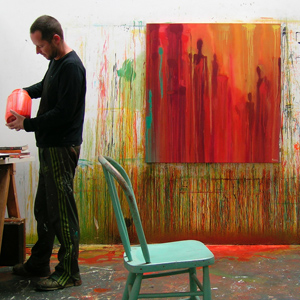 Palmer refers to one of the artists who spearheaded the project, Pamela Weir-Quiton a forty-year veteran of the Venice art scene. “When Pamela came to me and said we need to form a coherent group to survive, I felt the same way, and I realized she was the one among us who could actually make this thing work. She has played a very important, kind of maternal role in the cohesion of the group.”

Palmer admits that although may of the Venice artists encouraged mutual support, it was not an easy task. “These are the most creative and inspiring characters, you might find anywhere in the world, but at the same time they are opinionated and temperamental. It’s interesting that among the hot-headed males we’ve kind of opened the door for a woman to take the lead and maintain cohesion until a very inspiring group of creatives gradually grew into what we now call ARTBLOCK.” 361 Vernon Ave. www.garypalmerart.com

The ARTBLOCK takes place in Venice on Sunday, October 13, from 12-5 pm. Parking available at the Venice Skill Center (4th and Sunset Ave.) Flags will be outside each designated venue, and maps and shuttles to studios will be provided. See the ARTBLOCK FB Page. http://www.veniceartblock.com