ONE of our August Top Ten events is the The Los Angeles Times’ The Taste and it continues into September. It takes place over three nights during Labor Day weekend (Aug. 31 to Sept. 2). This is my #1 suggestion on what to do for Labor Day weekend! This is a fantastic event. Visit our Event Feature for more details and all dates and times. Paramount Studios, 801 N Gower St, LA; http://extras.latimes.com/taste/

Welcome to September events Have a great labor Day.

September 3, 2018:
Labor Day is here….take a breath, take a moment…look around and stand in your life. Celebrate the holiday with the ones you love most.

Here are some options:
The third annual L.A. Fleet Week® is a multi-day celebration of our nation’s Sea Services held on the L.A. Waterfront at the Port of Los Angeles. Taking place over Labor Day Weekend and free to the public, the event features public ship tours, live music and more. Check website for event info and admission. https://www.lafleetweek.com/ 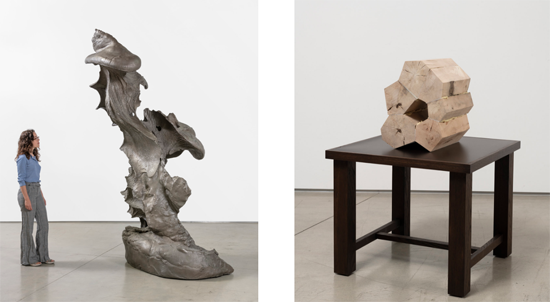 September 8, 2018:
Take a deep breath kids – Cause Mama’s listing a LOT of art parties TONIGHT – We have grouped together various events by their locations. We have listed all the Bergamot events, Culver City events, Chinatown events, and several others such as the Bendix Building…and galleries that are located in the same neighborhood…choose wisely as there is NO way you can make it to all of them.

Lora Schlesinger Gallery (B5b) 4-6pm;
Lois Lambert Gallery & Gallery of Functional Art (E3) 4-8pm
Craig Krull Gallery (B3) 5-7pm
Leslie Sacks Gallery (B6) 5-7pm
RICHARD HELLER GALLERY (B5a) 5-8pm
William Turner (E1) 5-8pm
The website does list some others, however several of our readers have alerted us that some Bergamot galleries are opening their doors at these open houses, but not necessarily having an “event.” Check the Visit Bergamot website and make a decision for yourself…some will be having receptions for certain, so you may as well stop in and enjoy the art. Plus…if you are looking for a late night art party in SM, stay for Copro Gallery (T5) 8-11pm. 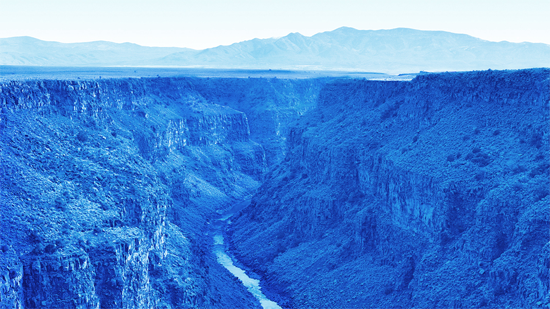 September 8, 2018:
There are several notable exhibitions on La Brea that I’d like to point out. There is NO reception at Kayne Griffin Corcoran (1201 S. La Brea Ave) tonight – but STOP in between 10-6pm to see the art of David Lynch and Mary Obering. https://www.kaynegriffincorcoran.com/

KP Projects presents “Empire of Dreams,” a solo exhibition of works by Eric Nash. From the 101, to Sunset Blvd, and Casablanca to El Rey, Nash reimagines the quintessential and iconic landmarks of LA as cinematic sets from his own film noir. When rendered in the dramatic monochrome of light and dark, the charcoal scenes exude a dreamlike quality of seductive angst. Charcoal in its purest form is a specific choice. While a laborious material to work with, it lends a sense of hyper-realism in its dense tonal range that parallels photographic stills. I love Eric’s work – I reviewed his art for Artillery Magazine a while back. Art Party: 7-10pm; KP Projects Gallery, 170 S. La Brea Avenue, In the ART 170 Building, LA, 90036; http://www.kpprojects.net/

September 8, 2018:
Also downtown…The Bendix Building (1206 Maple Ave., LA, 90015) hosts various art receptions, a bit later in the evening – so you can squeeze in a few more art parties before the night is over.

Are you exhausted yet? Mama sure is. Ok finally moving on to another day…

September 14, 2018:
The Los Angeles Center of Photography presents “It’s Personal: Photography from the Inside,” a group exhibition featuring the work of fourteen fine art photographers, developed during a year of dedicated focus, under the mentorship of Aline Smithson.

September 15, 2018
The Emerson Avenue Community Garden Club is hosting its third annual Westchester Arts & Music Block Party — a free day-long celebration filled with live music and dance, a variety of artisans, food and socializing. There will also be a beer and wine available for purchase in the Wine/Beer Garden plus food trucks. The event will take place on Emerson Avenue between 80th Street and 80th Place from 10am – 8pm. The garden will be open for tours, art activities for all ages, and a diverse mix of music and dance performances, vendors and food trucks! Free admission; Plenty of street parking available; Event runs: 10am – 8pm; Emerson Ave in Westchester (between 80th Street and 80th Place); 310-641-1556; https://wamblockparty.org/

September 15, 2018:
Gallery Luisotti present “Ron Jude: 12 Hz.” The title of the exhibition references the limits of human perception—12 Hz is the lowest sound threshold of human hearing. It suggests imperceptible forces, from plate tectonics to the ocean tides, from cycles of growth and decay in the forest, to the incomprehensibility of geological spans of time. The photographs in 12 Hz allude to the ungraspable scale and veiled mechanics of these phenomena, while acknowledging a desire to gain a broader perspective, beyond the human enterprise, in a time of ecological and political crisis. On view: August 25–November 17, 2018; Art Party: 6–8pm; Gallery Luisotti, 2525 Michigan Ave, A2, Santa Monica, CA 90404; https://galleryluisotti.com/ 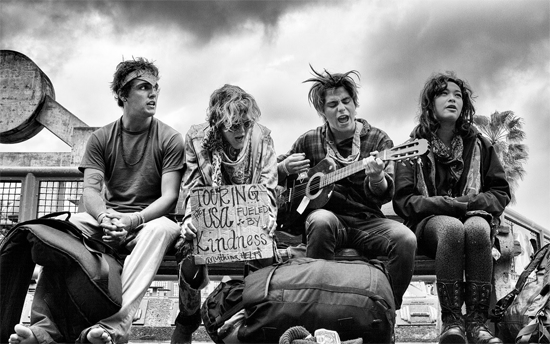 His meticulously composed, compassionate photographs unabashedly praise the rarity of the unique individuals who populate the sands of Venice. Unfortunately, Venice Beach sits on the edge of a knife, as the forces of gentrification and corporate expansion threaten to squash the way of life that has defined Venice for decades. Saguy will talk about his artistic process and sign copies of his monograph Venice Beach: The Last Days of a Bohemian Paradise. Don’t miss your final chance to see the exhibition before it closes. Event runs: 7:30-9:30pm; RSVP HERE; Venice Arts, 13445 Beach Ave, Marina Del Rey, 90292; https://www.venicearts.org/

September 30, 2018:
A Window Between Worlds celebrates the heART Awards! The brunch event is held in the stunning ocean-view ballroom at Casa Del Mar in Santa Monica. This is a TICKETED EVENT. Be sure to visit the Event Feature to find out more about this event and how to purchase tickets;  Event runs: 11am-2pm; Casa Del Mar, 1910 Ocean Way, Santa Monica 90405; https://awbw.org/

Check back for updates – Subscribers will be alerted each time we do an update. Sign up now – it’s FREE. EMAIL us at LAArtParty@gmail.com