Skip to content
Thomas Mercer Hartman – Beyond the Canvas

Thomas Mercer Hartman has been immersed in art for most of his life. For the past four decades, he worked on museums in exhibition design and special projects. His artistic talents extend beyond the canvas. “Designing exhibitions was an excuse to design space – which was my passion,” explained Hartman. 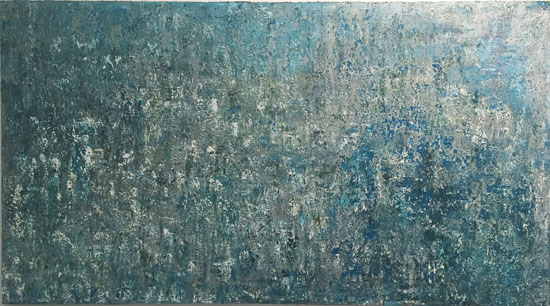 Early on in his career, Hartman realized there was a niche market for his talents. He was proficient at designing graphic-intensive and object oriented exhibits (requiring custom cases) and architectural interiors. He developed architectural program documents for museums – to determine the building envelope, space allotment, collections storage requirements, construction cost, and interpretive approach. This included working with museums’ boards of directors to determine the vision, operations, and exhibitions forecast.”Developing interpretive environments,” continued Hartman, “to translate the story and house the objects, films and content was the challenge. The content provided rules of engagement for the design.” He went on to explain that working closely with the artists while organizing their works allowed for the revelation of the artist’s story within the context of the spatial requirements of the exhibition.

Hartman started painting decades ago as an undergraduate. However, conceptual installations soon became his focus when his design work with museums became a full-time livelihood. His two creative outlets inspire and inform each other. “Over the past decade, the visual arts side of my work has dramatically increased. It has been a private dialogue to allow a visual language to come forward.”

Hartman paints every day. “I like working early in the morning and returning to it in the afternoons. Juggling time on projects is stimulating. As I paint, I solve some of the architectural problems or content questions in my practice. As I design, I glance around the studio, and it is easy to define the next steps in the art process. There is an efficiency to being productive with ongoing projects. It is an iterative process.”

Hartman reflected about his process, “For me, there is a difference between the creative effort in design and art. Design has a creative search as part of its process with a focus on solving a problem – e.g. physical requirements, budget, time constraints, etc.”

He added that his art practice is more open-ended. “It starts from dreaming about what may be possible.” One of his works titled Moss Pond brings to mind the paintings of the legendary artist Monet. Hartman explained his inspiration, “It has an ethereal sense of place. While exploring with surface qualities and color, this piece began to resemble a pond. Once the concept was exposed, the work was to determine how to enhance the piece without painting a pond. Color juxtaposition, nuanced values, and a ‘dance’ of hue changes provide a visual choreography that represents a watery habitat.”

This will be the first time for Hartman to exhibit his works at a restaurant. Upper West is an upscale Santa Monica eatery that he has frequented. “I like that the setting of the restaurant as a conversation with the work can occur without the imprint of the gallery world.”