This is an LAArtParty “Must See” exhibition!

“The Emerald Tablet,” a solo exhibition and curatorial project by artist and native Los Angeleno Ariana Papademetropoulos, opened at Jeffrey Deitch Los Angeles on September 4, 2021, and runs through October 23, 2021. 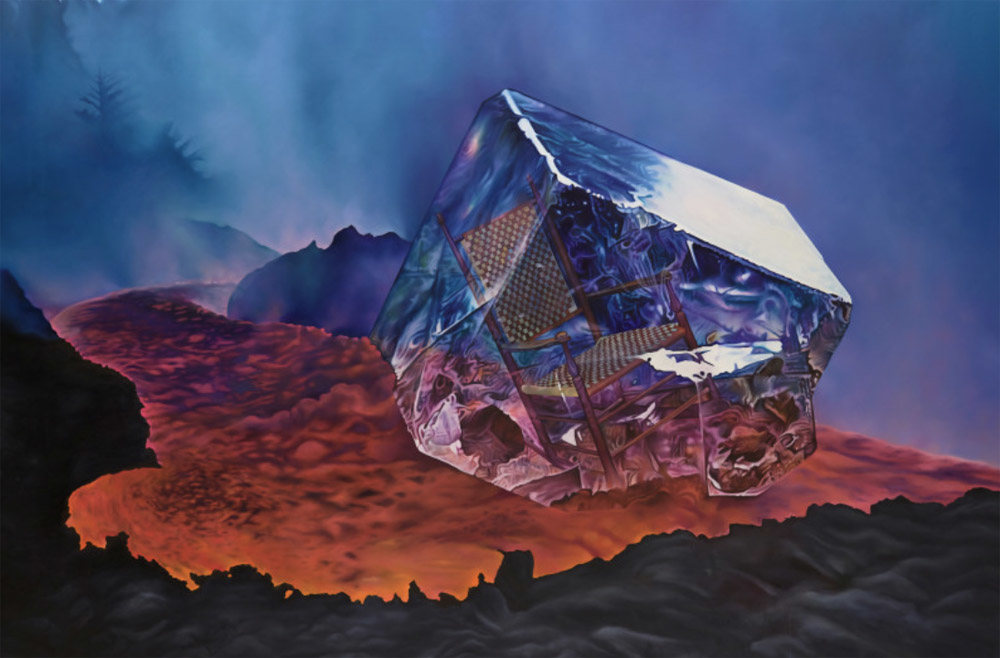 Drawing inspiration from Los Angeles’s unique aesthetic, the exhibition celebrates the intersection of the occult and the magic of set design, blurring the world of cinema and the great beyond. Papademetropoulos is in dialogue with a rich history of artists enraptured by alchemy at the heart of Hollywood—a portal to another world.

The exhibition is modeled on Dorothy’s quest to The Emerald City in Frank Baum’s “The Wizard of Oz” and invokes its iconography to ignite the dialogue between esotericism and popular culture. As a fervent Theosophist, a religious movement that flourished in Los Angeles at the turn of the century, Baum’s Emerald City is a reference to “The Emerald Tablet of Hermes,” an ancient text that formed the foundations of alchemy and all subsequent western occult traditions.