Downtown LA…features the fastest growning art and music festival in North America (that’s according to its website).

This is a fabulous event….enjoy an evening of arts, culture & entertainment celebrating the 9th anniversary of Bringing Back Broadway. 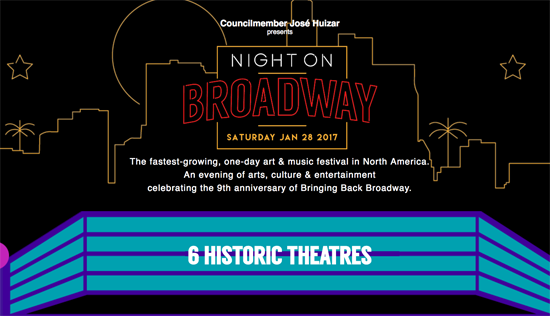