I first became aware of Miles Davis as an obsessed teenage music nerd. I loved an LA band called The Fents and when they released their first album, the keyboardist Adam Holzman invited my buddy and I to his pad in Pasadena to personally give us a copy of the album.  It was an incredibly generous gesture from Adam, and I still remember him telling my friend and I that Miles Davis was coming out of retirement, and that you need to check him out. Six months later, I was at the Greek Theatre for my first Miles Davis show. Meanwhile, a few years later, Adam joined the Miles Davis band and served as its longest standing keyboard player. 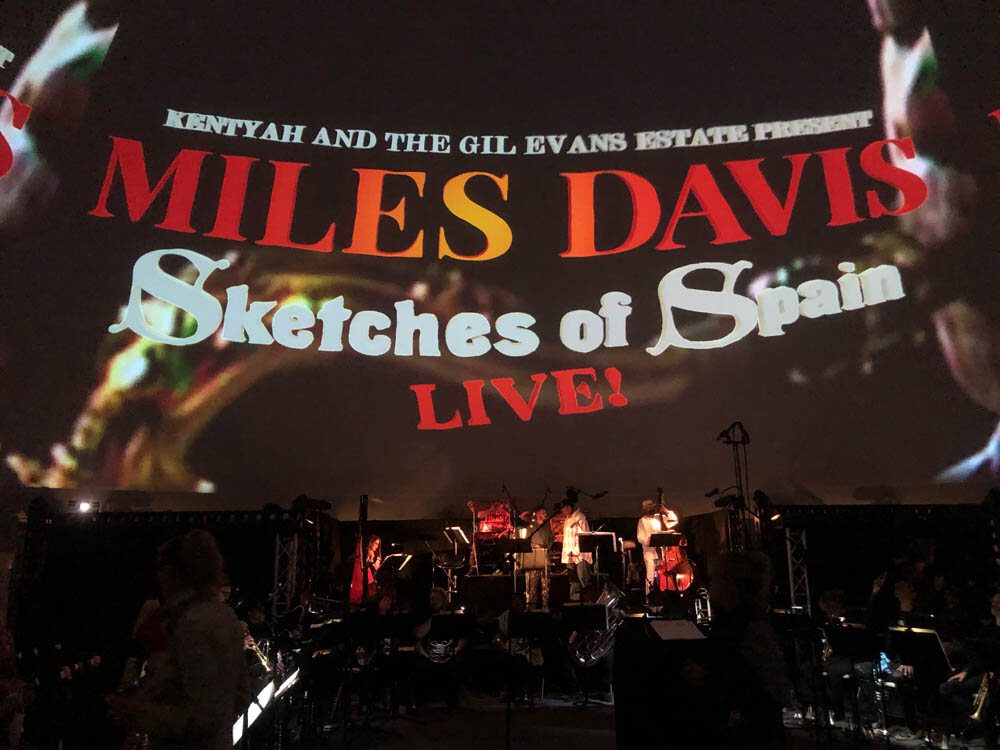 All photos by Richard Bilow; courtesy of LAArtParty

As everyone knows, Miles’ catalog is as vast as the styles he introduced and mastered. It took me about ten years of listening to Miles before I came across his masterpiece “Sketches of Spain,” which is one of Miles Davis’ most enduring and innovative achievements. Recorded between November 1959 and March 1960 — after Coltrane and Cannonball Adderley had left the band — Davis teamed with Canadian arranger Gil Evans for the third time. Davis brought Evans the album’s signature piece, “Concierto de Aranjuez,” after hearing a classical version of it. The record is transcendent both as a timeless piece of music and as a record that “non-jazz-lovers” often have in their collections, as its power to evoke a particular Spanish-tinged mood of reflection is unrivaled. Sketches of Spain is a masterpiece by all measures!

Never in my wildest musical dreams, could I imagine seeing this masterpiece of modern art performed live, let alone with a 16-piece orchestra and jazz luminaries, Hubert Laws, Ronnie Laws and Alphonso Johnson, but, that is exactly where I found myself on Friday night at a once in a lifetime performance of Miles Davis Sketches of Spain Live at the Wisdome LA in downtown Los Angeles!

This special show was put together in honor of Miles’s 96th birthday and the producers Kentyah and The Gil Evans Estate could not have picked a better venue. Wisdome LA is an immersive art and entertainment venue showing technology, VR, film, fashion, and one-of-a-kind performances. 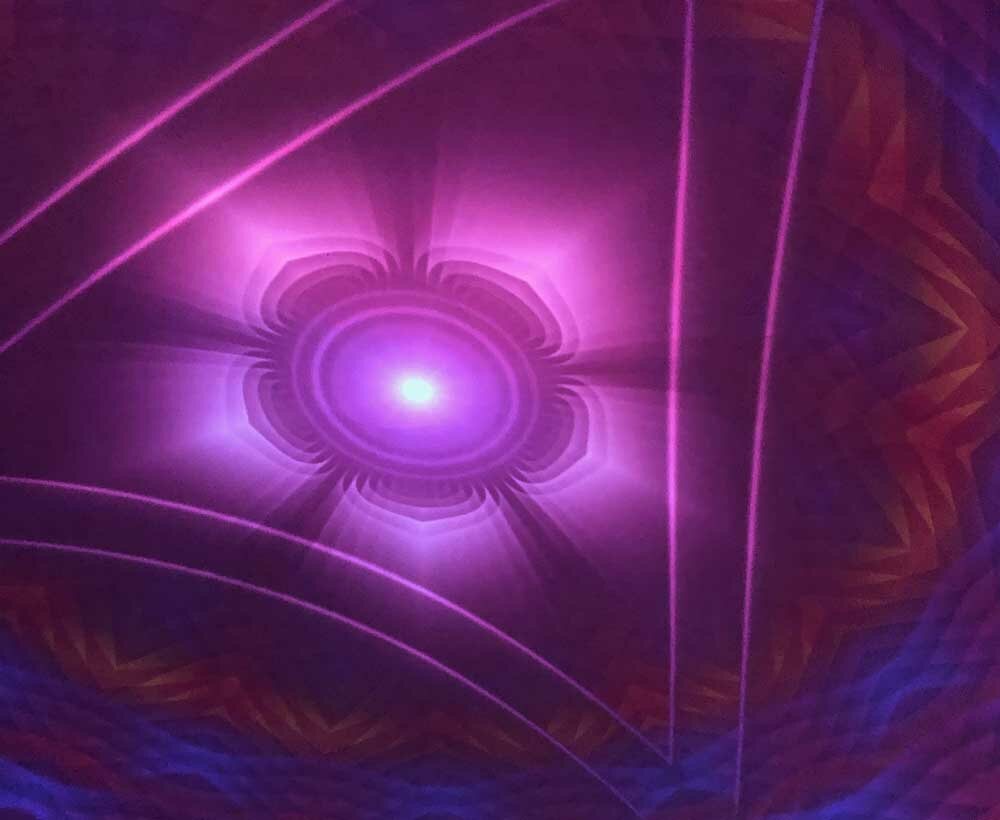 Despite the simplicity of the melody, the underpinning backgrounds are surprisingly complex, and it was a very effective way to introduce the band and its trumpet player – Josef Leimberg. The horns and low brass provided some subtly pulsating held tones, while Leimberg shined brightly during his solo.

The Gil Evans Estate provided Todd Simon with its score and in Evans’s arrangement it is important to pay attention to the multiple time signature shifts throughout the arrangement. Although the tempo remains the same, maintaining a steady count is necessary, as the intricate interweaving of the ensemble figures are reliant upon precise execution to work. From the moment the orchestra and band started, you could hear a pin drop in the venue, the audience was so focused on the music as well as the visuals. 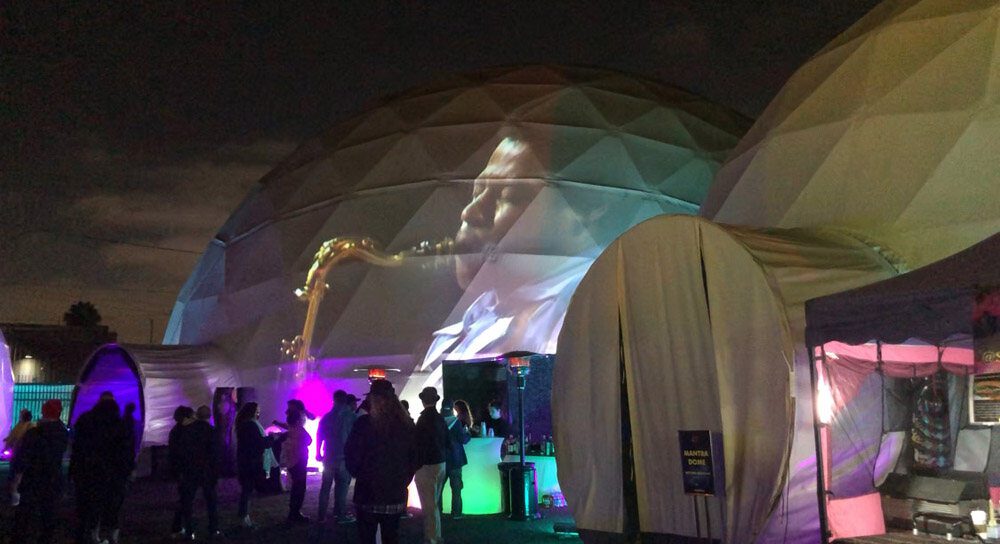 Throughout the performance, amazing visuals filled the 360 dome – some were psychedelic, while others evoked sci-fi themes or other worlds – the mixture of beautiful music and exquisite eye candy was definitely a sensory overload – in a good way.

As the band and orchestra started playing “Concierto de Aranjuez”, the first piece from Sketches of Spain, it was clear to everyone in the audience that they were in for something special. The piece, with its stunning colors and intricate yet transcendent adagio, played by Josef Leimberg is one of the most memorable works to come from popular culture in the 20th century and this band, orchestra and conductor did it proud!

Other notable highlights included Hubert Laws flute solo on “Will o’ the Wisp,” conductor and trumpeter Todd Simon’s solo on “The Pan Piper” (which drew arguably the biggest applause of the night) and on “Saeta,” Ronnie Laws soprano sax solo and the orchestra’s trumpeter Kenneth Brown. 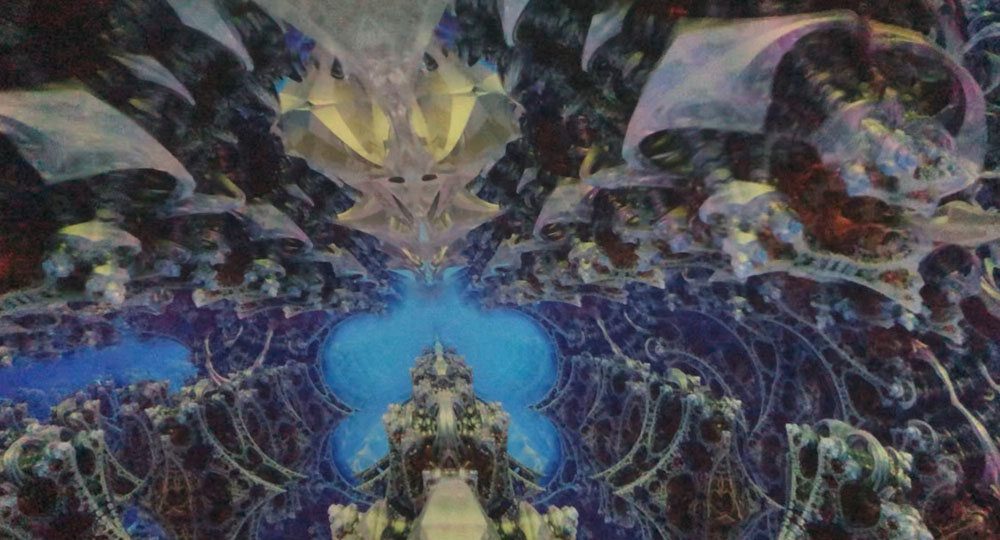 As the band and orchestra prepared to play the album’s closer, “Solea,” conductor/trumpeter mentioned that Miles Davis reinvented the trumpet for the fourth time with this song. Then, he said, we will see you on the other side.  And with that, the full brass accompaniment began moving along, with wonderful, flamenco-flavored percussion which allowed the orchestra to indulge in the lushly passionate arrangement and the soloists – Josef Leimberg on trumpet, Hubert Laws on flute and Ronnie Laws on soprano sax to provide eloquent testimony to each of their vast capabilities.

“Sketches of Spain” is the most luxuriant and stridently romantic recording Davis ever made. To listen to it in a 360 immersive dome with mind blowing visuals featuring jazz and classical music legends is a spine-tingling experience and if Wisdome LA brings it back, I would recommend that you don’t miss it! https://wisdome.la/