LA ART PARTY was lucky enough to be able to attend a recent conversation with the always astonishingly witty Fran Lebowitz at the Broad Stage in Santa Monica. The “evening” (which took place on a Sunday afternoon!) was of course sold out and packed with Fran’s fans, and on the other side of the conversation was comedian/writer/producer/actor Larry Wilmore of The Daily Show fame, who added a few zingers of his own. 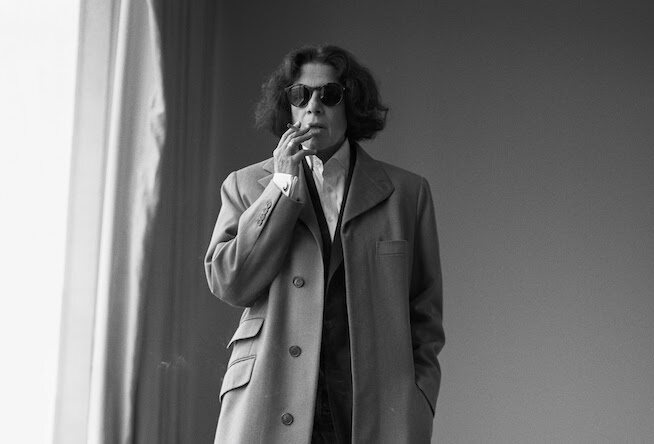 For those who may have been living under a rock or who don’t own a television or aren’t able to use a friend’s Netflix password, Fran Lebowitz is one of our funniest and most insightful social commentators. She was a columnist for Andy Warhol’s “Interview” magazine, has written two best-selling books of humorous essays, and has appeared in numerous TV episodes, films, and documentaries, including two docs about her by Martin Scorsese, the latest of which is Pretend It’s A City. She has also recently turned up on every talk show known to man promoting her new book.

The New York Times has called Fran “Hilarious… An unlikely and perhaps alarming combination of Mary Hartman and Mary McCarthy… To a dose of Huck Finn, add some Lenny Bruce, Oscar Wilde, and Alexis De Toqueville, a dash of cabdriver, an assortment of puns, minced jargon, and top it off with smarty pants.”

Fran Lebowitz is the ultimate curmudgeon and the ultimate New Yorker, so naturally the Broad Stage audience included many ex-pat New Yorkers who loved her put-downs of both New York and L.A. When asked if she had mellowed in her very public distaste for L.A., she said “When you’re on tour and in Indianapolis one week and then the next week in L.A., L.A. is paradise.”

Here are a few more of her bon mots from the daytime evening with Fran:

“Mental health, no one has it.  Having poor mental health is how you know you’re awake.”

“A family is a factory for the manufacture of insanity.  Who are these people who want to find more relatives?”

“Young people ask me all the time what they should do with their lives.  I tell them to look for water.”

“Everyone has nostalgia now, even children.”

And when Larry Wilmore asked her “We know you hate a lot of things, but what is the one thing you hate the most right now?”…she replied “The combination of Elon Musk and Twitter.” All in all, a fabulously funny 90 minutes for both us and the entire audience. Visit the Broad Stage for more upcoming events – https://thebroadstage.org/