What a delight to be thoroughly entertained by the whimsical and romantic theatrical choreography of Matthew Bourne performed by his New Adventure Company! Each of the three pieces were from Bourne’s early work for which the company now celebrates its 30th anniversary. The revival features more recently set and costume design by Lez Brotherston, lighting design by Andrew Murrell, sound design by Paul Groothuis and staged by Associate Artistic Director Etta Murfitt. All together, the production enthralled the audience into a reverie of smiles, laughs, awe and ovations. 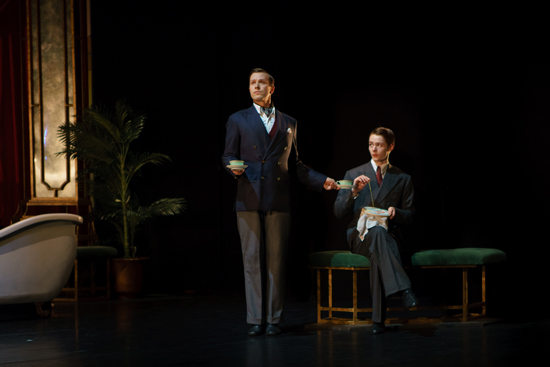 Matthew Bourne’s Early Adventures’ ‘Town and Country’ performed at The Wallis in Beverly Hills on Wednesday, May 17 (through Sunday, May 21). Photo credit: Casey Kringlen for The Wallis.

During a Q&A at the end of the performance, Bourne spoke of his early inspiration and love for theater and film before exploring ballet and dance, choreographing by expressing what he hears and feels in the music in a detailed way, developing individual characters, and his desire to entertain and make people laugh. He also responded to the question as to how the overtly gay interactions in the pieces were received by saying that though daring and shocking at one time, they had been ignored when they originally happened and have been universally accepted for the romanticism displayed.

The evening evoked a nostalgia for simpler, playful, and more innocent times portrayed in a distinctive, fashionable and charming manner. 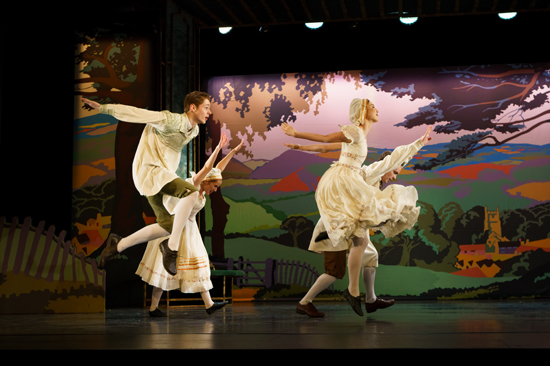 Matthew Bourne’s Early Adventures’ ‘Town and Country’ performed at The Wallis in Beverly Hills on Wednesday, May 17 (through Sunday, May 21). Photo credit: Casey Kringlen for The Wallis.

The “Triple Bill,” as described in the program, included: Watch with Mother – Seen but not heard? (1991): Conkers, Hopscotch, Doctors & Nurses; Children’s games can be all-consuming, competitive and sometimes cruel. Based on Joyce Grenfell’s famous “Nursery School” sketches (“George… Don’t do that”) and set to Percy Grainger’s own piano compositions and arrangements of Bach and Faure, this 1991 piece has not been seen for nearly 25 years.

Town and Country – Lie back and think of England (1991): Moving and hilarious, this heartfelt pastiche explores notions of national character from a bygone era through the evocative music of Edward Elgar, Noël Coward and Percy Grainger, amongst others.

The Infernal Galop – A French dance with English subtitles (1989): This is France as seen by the uptight English imagination, with all the traditional clichés joyously paraded for our entertainment and climaxing in Offenbach’s inevitable Can-Can! 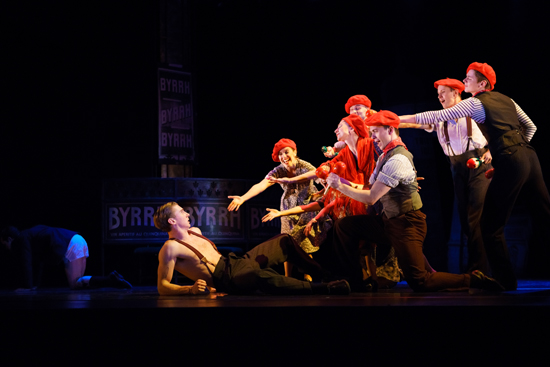 Matthew Bourne’s Early Adventures’ ‘The Infernal Galop’ at The Wallis in Beverly Hills on Wednesday, May 17 (through Sunday, May 21). Photo credit: Casey Kringlen for The Wallis.

Matthew Bourne’s The Red Shoes comes to the Ahmanson Theater in September. http://new-adventures.net/ For upcoming performances at the Wallis and for their 2017-2018 season, go to http://www.thewallis.org/